I’ll be honest right from the start, I fucking love Sunn O))). That heaviness that gets you right down to your bones, the glacial pace, I love it all. It wasn’t always this way though. It took one performance, their legendary performance of the Grimm Robe Demos at Supersonic, to convert me. After that, I was hooked. I picked up as many of their records as I could and listened to them voraciously. However, as with everything, interest wanes. I missed out on Kannon for some reason or other and I very nearly let this pass me by. Tony, you are a saint for sending this my way, because it’s rekindled my love of the masters of drone.

Life Metal is exactly what you would hope from O’Malley and Co. Deep subsonic rumbling that sounds like it’s from the bowels of hell, riffs that last longer than a British Summer and blokes dressed in cassocks. However, it also offers somewhat of a departure. Gone is the oppressive, claustrophobic atmosphere of previous records and in its’ stead is something far lighter and expansive. The whole record is full of subtle variations in tone that manage to introduce a light, almost positive edge to the band’s sound. In turn, this is combined with an undeniable sense of ritual, with the use of instruments and vocal styles most commonly associated with religion.

Opener “Between Sleipnir’s Breaths” is heralded by the eerie and frantic braying of horses before turning into an eerie funeral dirge led by the paganistic chanting of Hildur Guðnadóttir, who replaces long-time collaborator Atilla Csihar on this record. Second track “Troubled Air” is probably the closest you will ever get to an uplifting Sunn O))) track. Delicate guitars are sprinkled throughout the wash of feedback-laden riffage and there’s even a pipe organ at the end. Third track “Aurora” is filled with gorgeous, faint choral vocals that serve as a counterpoint to the track’s deep, heavy guitar-work. Finally, closer “Novae” is noteworthy for opening with what might possibly be the fastest riffs ever heard in a Sunn O))) track, many only lasting a couple of seconds. This doesn’t last for long though, as it slows back down to what the band are best known for: thick, pondering guitars drenched in feedback. However, it’s the second half of this 25-minute long behemoth that is most interesting, with Hildur Guðnadóttir making a return, this time with her cello. Taking centre stage and keeping the tempo real slow, it sounds like it was pulled directly out of a movie like The VVitch and is definitely the record’s highpoint. Closed out with some triumphant riffs, this tops off an all-round dazzling record. 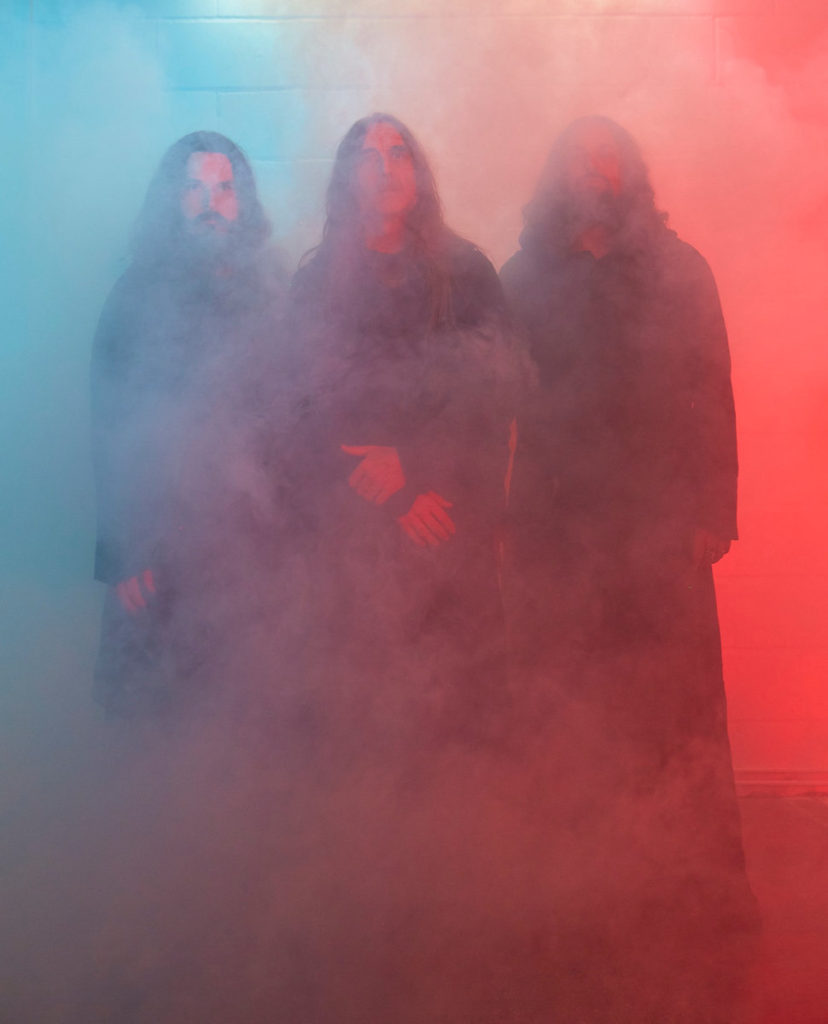 Ultimately, this record is both a masterpiece and Sunn O)))’s most accessible piece of work to date. The band have managed to introduce something new and, dare I say it, joyous into their music while still maintaining their signature sound. It’s equally heavy and uplifting and definitely worth your time if you like anything remotely drone-like.

Its follow up, Pyroclasts, will be coming later in the year and promises to be Life Metal’s melancholic sibling.
Top Cuts: Between Sleipnir’s Breaths and Novae

Available from Southern Lord on CD (all the vinyl options are sold out), although Rough Trade appear to have all options avilable.