Oh dear. Seems like some fools are gonna fall foul of my cantankerous side. I disapprove of nothing else like I disapprove of having my time wasted by dog shit music. I will pay you back in spades, fuckers. Thankfully, it’s not all terrible news and at least one of these came up trumps. Read on to find out which, innit. 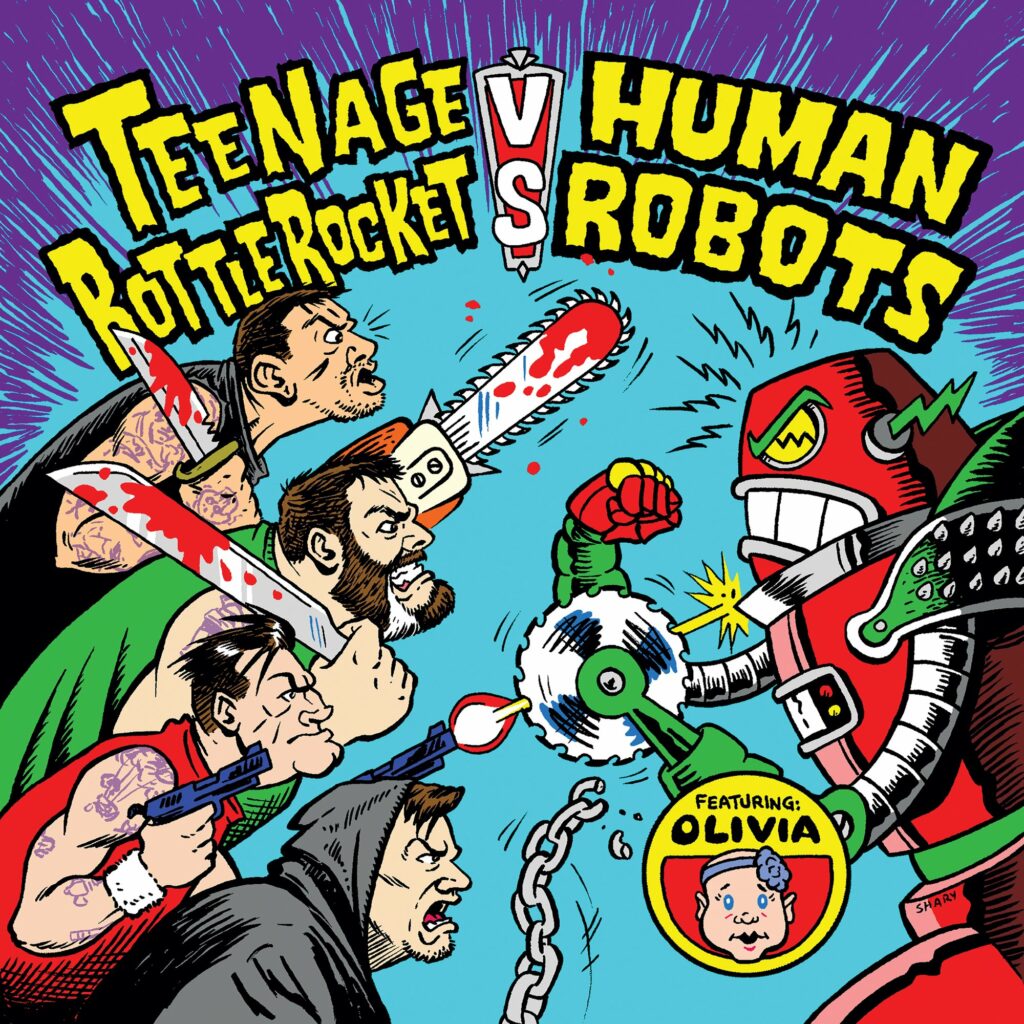 After being utterly baffled by the covers album, and completely underwhelmed by last “proper” album, Stay Rad I was somewhat skeptical about another release from TBR. You get where I’m coming from, right? I suppose it’s naive of me to expect a band to strike gold every time.

But this seems to be more along the lines of what I’d been hoping for. Not quite the apex of the TBR mountain, like, but good enough. The two songs on their side of the split are seemingly themed around parenthood and family, rather than skateboarding, haunted houses or massacres in fastfood establishments – but it’s kinda sweet.

On the flip, we have a couple of tracks from Ray Carlisle’s son, Milo. His one-man-band are called Human Robots, and you guessed it, this kid plays all the instruments. Pretty damn well considering he sounds like he’s only about 11 years old (wild guess). It has that kinda Ramones influenced Look Out! kinda vibe to it. It’s pretty good fun. Dad has been doing a good job of raising a cool little dude it would seem! Tony of Nurgle rating 8/10 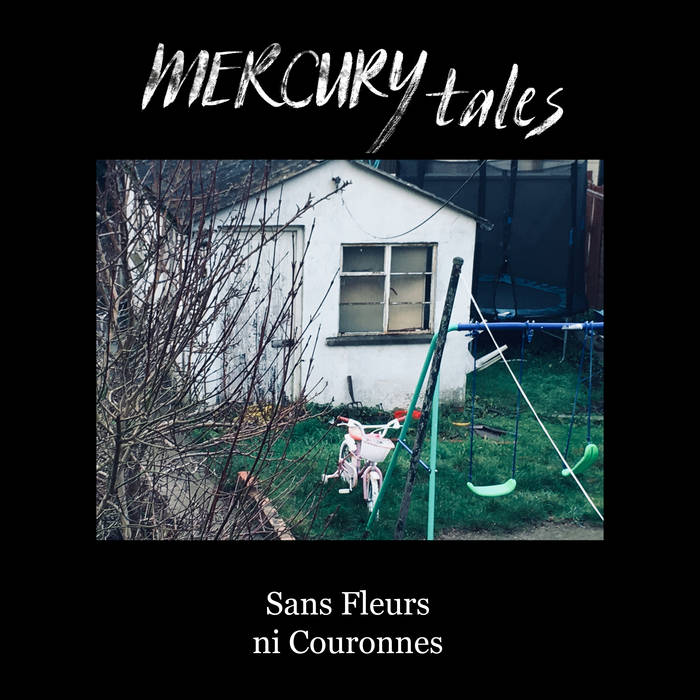 Mercury Tales hail from Caen in France, and play to mind what qualifies as proper emo or post-hardcore or whatever you want to call it. As the title of the 7″ is in French, you’d kind of expect the songs to be in French too, however it’s all sung in very clear English from a hard edged female vocal. 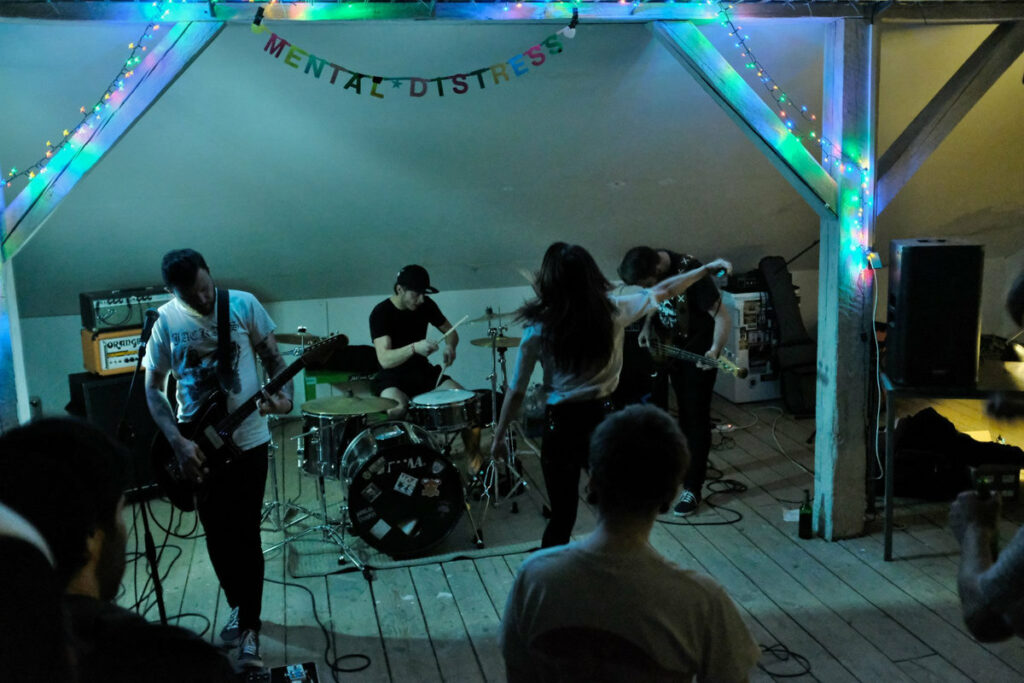 In places I feel like this slots comfortably into that rough Bermuda Triangle of Burning Airlines, Rainer Marina and The Get Up Kids before they went shit. At others, there’s to my mind something of a DC/Dischord style hardcore element to the sound. I keep feeling myself drawn toward saying there is a parallel to The Faith / Void split LP, despite it sounding nothing like that. This aspect does also put me in mind of Floridan band BiteMarks. Absolutely nowt wrong with this at all. Tony of Nurgle rating 8.5/10

Available from Different Kitchen Records on a choice of green or purple vinyl. Listen on the player below. 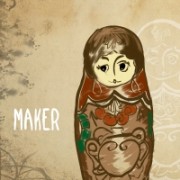 The first time I listened to this EP I found it somewhat lack-lustre. However, something about it made me go back and listen again. No idea what that was, but for some reason, I picked up on something. What can I tell ya? I’m kind of glad I did. Seemingly the internet was not keen to give up too many secrets about Maker, asides from they released a record called Mirrors in 2011 on 6131 Records… I have no idea where they are from or anything like that.

This EP isn’t exactly earth shattering, or anything, but it is good… It took me back to the days when Deep Elm Records was a label to be taken seriously (late 90s / turn of the century), and were putting some great stuff out there by the likes of Brandtson, Pop Unknown and the like. I’m also taken back in particular to their mid-00s renaissance period when they were dropping stuff like Red Animal War, Benton Falls and Logh.

As I said before, this isn’t earth shattering. It’s not original either. It is however pretty decent. I’d give it a Tony of Nurgle rating of 7/10. You can find out more from Engineer Records

One Day Elliott – Triple A Side (Engineer Records) 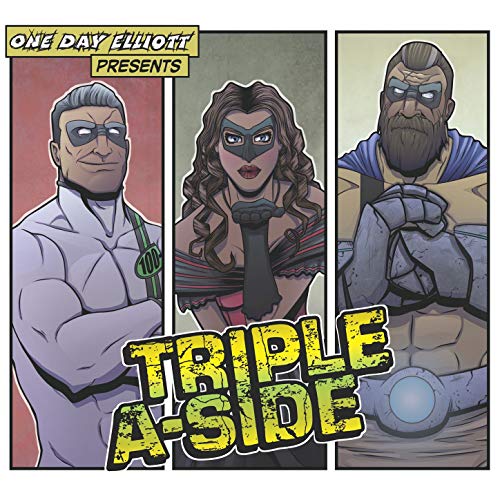 You know those releases that completely and utterly baffle you? Well this is one of those. Before we crack on, this came out in 2016, so I’m unsure why I was even sent it to review, but anyways… I kind of get what’s meant to be going on here, but it seems to hit so wide of the intended mark for some reason. Before we get into that, though, these guys are from Maidstone, Kent, and describe themselves as a rock punk metal band on their Faecbook page.

Right, back to what I was saying. These guys seem to be aiming for that “big 00’s emo meets stadium rock” kind of sound that Jimmy Eat World used to pull off with great aplomb. Certainly there is no faulting the quality of playing on these tracks – they can clearly play their instruments, and can also clearly play well together. However, being good on your respective instruments doesn’t qualify you as good song writers. This just sounds stilted and half-hearted, and there’s even some bits that sound like a watered down version of that shite song by Blink 182 with all the mopey teenagers in the video (I’d look it up if I could be arsed but I think it’s Stay Together For The Kids).

How anyone can have the cheek to call this Triple A Side when what’s on offer is so mind-numbingly beige and far beyond generic is quite beyond me. And by the jeffing Christ these songs are more than twice as long as they need to be. Motherfuckers look old enough to know better than to be unleashing bilge like this onto the wide world, n’all. Tony of Nurgle rating: 2/10

Jack and Sally – Who We Become (Engineer Records) 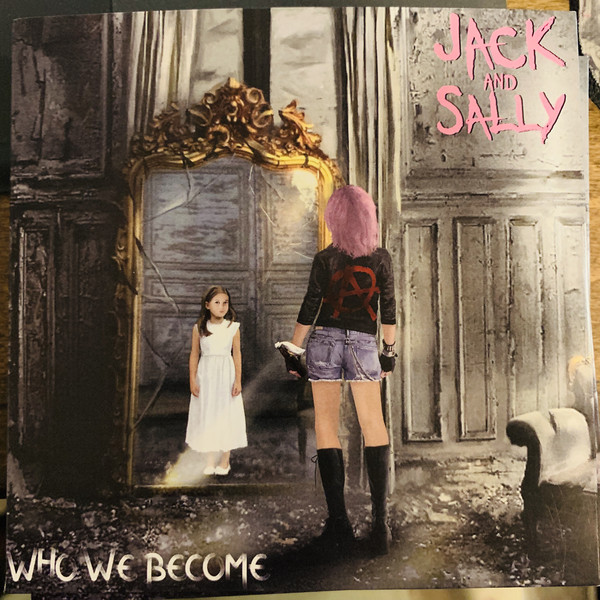 Jack and Sally are a three-piece from London, and I’ll guess are named after Jack Skellington and his Mrs. OK. Fair enough. Except no, it’s really not, especially if you aren’t gothy Simon from year 10.

Now then. I’m unsure where to start with this. Erm… the artwork? I don’t think I’ve seen artwork quite as bad as this for years. It’s like a GCSE level art project gone wrong. It’s like the product of the mind of an excruciatingly emotionally overwrought teenager. The concept is embarrassingly contrived: Somebody looking into a mirror and seeing their reflection as an innocent little girl. But the person looking in the mirror seems to have taken fashion tips from that hilarious “how to dress punk” article from Teen Vogue that did the rounds on Facebook a few years back, as well as being the fictional avatar of McFly’s Girl With 5 Colours in Her Hair.

As for the music, it all seems a bit like inept 6th form college students trying to be a band. There’s nothing worthy of note about this asides perhaps from how weak the song writing is and how wet and flacid the drumming sounds. The vocals strike me as having that generic, overly forced quavery quality that you get from pop artists making false attempts at being “very emotional” and “sad” and “hurt”.

I’d prescribe a solid, attitude adjusting and character building kicking followed by a bog-washing from the local school bullies for these melts. Absolute dog shit, this. Tony of Nurgle rating 0/10