I’ll confess that when it comes to Midlands based metallic hardcore band Cruelty I’ve had to eat a hefty slice of humble pie. You see, when they first appeared, the band sent me their earliest recordings for review. I listened and then remarked that they sounded like some weird mutant metalcore hybrid of Stampin’ Ground and clunky Chokehold style breakdowns or something similarly off hand. 18 months later and they have tempered their sound into a vicious blade and evolved into a furious prospect that recalls Petitioning the Empty Sky era Converge and (alongside Payday and Mourning) are pretty much running the show in terms of intelligent metallic hardcore in the UK right now. The band have just released In The Grasp Of the Machines EP and I thought it high time I sent guitarist Gareth Davies some questions to learn a little more about the bands origins…

Why not wet thy whistle with the aforementioned EP on the bandcamp player below:

Nathan Bean: Gareth, I know nothing about you other than what one can discern from your Instagram account. What brought you into hardcore… how’d you discover it’s existence? What was it that made you wish to be a participant?

Gareth Davies: Origin story. I vividly remember me and a mate listening to a Smash Hits cover CD whilst attempting to play Warhammer 40K in summer ‘99. The track listing would have been Backstreet Boys etc. – all that kind of stuff but one of the last tracks was ‘All The Small Things’. Instantly we were both fucking hooked. Next day I made my mum buy me ‘Enema of the State’ from Woolworths. I thought it was, and still do, the greatest thing ever. From Blink 182, it spiralled into buying Kerrang and getting into Slipknot etc. all the 99/00 11 year old staples. Blink was the gateway though. It lead to getting the first Atticus compilation they put out in 2002. It was mainly pop-punk/emo like Slick Shoes and Jimmy Eat World but there was ‘AM/PM’ by American Nightmare and ‘Radio Cambodia’ by Glassjaw on there. I’d been listening to ‘heavy’ music I suppose but both of these just seemed more aggressive.

Naturally I started digging out anything related to those bands. Luckily we had a good record store in town, Spinadisc, and the guys there pointed me onto loads of stuff like Converge, Dillinger Escape Plan, From Autumn To Ashes, Equal Vision, Trustkill, Victory etc. Reading Kerrang, Metal Hammer, Big Cheese and Rock Sound also helped. Also, did everyone read the band thanks lists in album sleeves and then hunt down every single band?

Kids have to remember that it wasn’t easy to find out about bands then and I was so lucky to have that shop. These days you can become a fucking authority on Syracuse hardcore with a few clicks and it feels cheap to me. There’s no reward of discovery.

I’m not going to pretend I’m a down from day one veteran on the UK bands. UKHC sort of passed me by until my early 20s. Last Witness opened it up for me. Somehow ended up with their demo, possibly the TDON connection to the more metalcore bands like The Break In, Everette?

All in all, without Tom DeLonge I wouldn’t be into hardcore at all. I imagine that’s probably true for a lot of people my age. 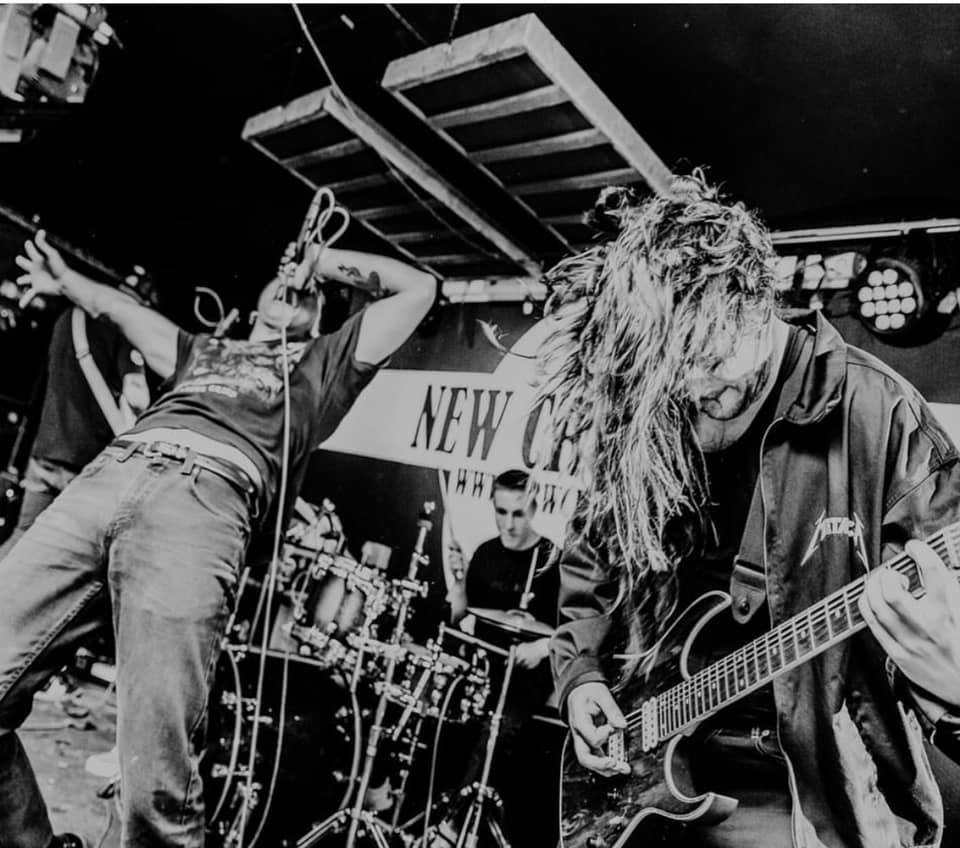 Nathan Bean: Following on from that I’m guessing Cruelty is not your first rodeo… Talk us through your previous creative outlets.

Gareth Davies: I’ve been playing in bands since I was like 13. Used to get together and play Alkaline Trio, Ataris, New Found Glory songs in a mate’s backroom. The first hardcore band was around 2004. We had a god awful name, which I won’t repeat. I was heavily into Botch at the time so we tried to rip that off but were nowhere near good enough on our instruments so it just sounded like chaos. I remember an appalling cover of ‘New Noise’ by Refused. We played a handful of gigs and then it faded out. Following that I played in a post-rock band for 7/8 years. We only ever wrote 5/6 songs. Essentially it was me, a drummer and a bass player plus a revolving door of friends playing cellos, synths, percussion, VHS players and we’d dirge on single chords for 30-40 minutes at a time. That was the best though. Chris who played drums still is the best musician I’ve ever played with.

Jon and I tried to get a few bands going prior to Cruelty but could never get the right balance. No Mans Land was a more death metal version of Cruelty; we put out a demo played about 4 shows and then stopped. Some of the first Cruelty tracks were written 2/3 years before the demo for those bands or projects that never seemed to happen. I had a short stint in Dead Man’s Chest also. 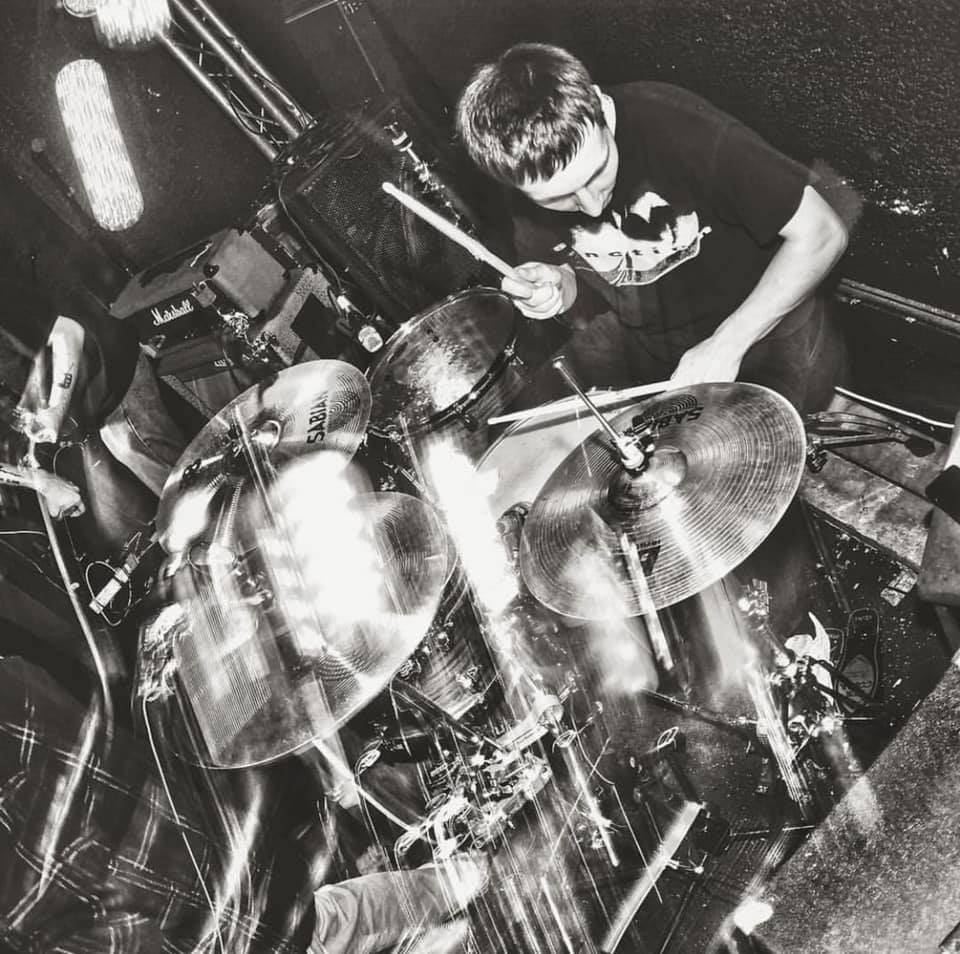 Nathan Bean: Cruelty seemed to take a giant evolutionary leap between the first demo and the 2018 EP… The song writing is fluid and mature and the whole release seethes with violence. What changed?

Gareth Davies: I’m very keen on songs to have verse, chorus, bridge structures. Too many hardcore bands have tracks that are just a set of riffs played sequentially. That doesn’t make a song. A song should have bits people remember, bits that warrant repetition. I tend to sit on songs for months before putting them forward to the rest of the band. I feel if I let it gestate it gets better.

When Shaaf, Luke and I started it up I think we (read as ‘I’) wanted to be more of a thrashy Hope Conspiracy / Rise & Fall type band with little rip off Obituary riffs but we’ve sort of evolved into more of a sum of everyone’s influences. I still like to quality control everything we do but everyone gets an equal say and that’s ultimately the best thing.

The demo was rushed out so we had something to show for our efforts so the EP was more considered. I’d always planned that we’d record with Boulty at SOAN and Brad at Audiosiege would master it. I knew that with them we’d get a thick but raw result. Too many bands ruin songs with awful recordings. I figure you get one chance with listeners so make it worth their while.

Nathan Bean: Your band is from the Midlands… In recent years the second city became synonymous with thugged out mosh. How are Cruelty received by the audience of a typical West Midlands hardcore show?

Gareth Davies: Birmz is beatdown? Christ. It’s sort of gone away a bit now. I remember some of the shows maybe 5 years ago being unbearable. I think the whole UK scene fucking nosedived into a quagmire of 2 riff chug-merchants. I’ve no problem with obnoxious riffs but let it have some context within the track.

Generally, it’s OK but it can depend on line up. I don’t think we have any sort of following in Birmingham, so it depends if we play with some of the younger bands or not. I do not care if people mosh or not to us. I’d rather the person at the back nodding their head knowingly in the Dismember shirt say they enjoyed it than a bunch of people kick fuck out of each other. A lot of shows are people stood about waiting for a breakdown. What if the breakdown never comes? Did the show even happen?

That said we’ve played good shows with Drawn In and Servitude in Birmingham. Opening for H2O probably wasn’t the best idea though. 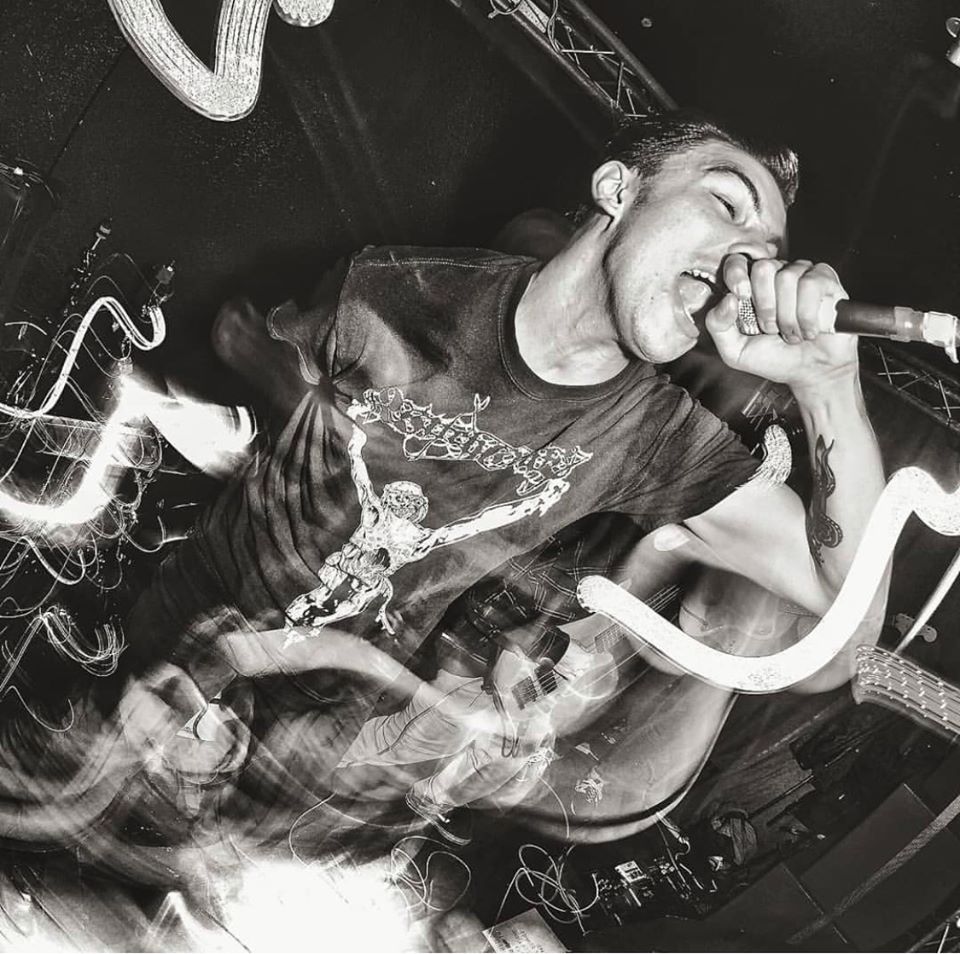 Nathan Bean: I don’t know what your immediate locale is like but every nook and cranny of this sceptred isle brims with weirdness, murder and terrible shit. Tell me about something weird from your ends… Serial killers? UFO hotspots? Went to school with a terrorist? Give me something.

Gareth Davies: So Rugby is a weird place. We have a £13,000 a term public school and a big Asda dead in the middle of town. Hopefully that illustrates the polemic. We’re almost bang in the middle of England also, so have a weird relationship with the North and South. For example, I say bath like ‘baff’ Northern style, my wife on the other hand says ‘baaath’ like an Elizabethan playwright. Stewart Maconie wrote a good book about the North/South divide and mentions Rugby quite a bit as the wasteland.

There’s a good heritage of music. The whole 80s drone thing started here, Spacemen 3 and Spiritualized were locals. I guess that’s why I did the post-rock thing for so long. With that in mind, there are a lot of zoned out people in town. Rugby is very druggy. Myth is that we get the best gear because we’re on the motorways. Have to put that to the baghead’s standards council to know if it’s true. I’ve had some of my best friends kidnapped, ran over and bleeding out their noses due to the bag.

Gareth Davies: Your vocalist has got a hell of a voice, absolutely venomous with some big Colohan vibes… But what is he singing about, what gets his goat?

Inequality, human/animal rights, social degradation. All that right on shit. I quite like Shaafi’s lyrics. There’s more to them than the standard Vogel-isms of ‘unity’ ‘brotherhood’ ‘respect’ or the Lovecraft death metal nonsense. But yes, he has a great voice. I had no idea until our first practise.