0 – 60 in no time at all, ‘As I Bleed’ caves your face in with massive warm chords, satisfyingly determined lead vocals and lovely harmonies; although, at about 02:56 and intermittently from then on, there’s an unnecessary and unwelcome squeal of guitar feedback, which puts one off listening to it at an ear blistering volume in the future, especially at the end of the song. However, definitely the best choice for the lead single and a delicious segue continuing from 2015’s remarkable ‘Doomer’ record. 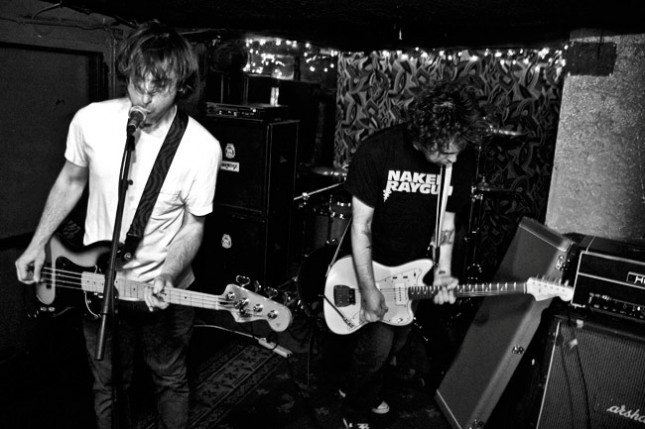 Speaking of the All Eyes West previous efforts, the production – most notably on the drums – lacks prominence on this one and sits at the back of the church somewhat. The songwriting still kicks serious bottom and subsequent tunes, ‘Simple You’ and ‘Interference’ sick up an exquisitely prepared salmagundi of pleasing changes and penetrating melodies; I can’t help but be reminded of Bob Mould’s latest output, laced with a bit of Drive Like Jehu attitude. The intro to ‘Interference’ is addictive and deserves multiple listens, that feedback (again!) being cut off just in time and giving way to a glorious change… this tune ends too soon!

‘Too Alive’ sounds like they invited Quicksand in the studio for a top notch mega jam and ‘Kick The Clouds’ most certainly kicks something – maintaining the blistering pace before the Bob Mould-esque ‘Dream of A Nightmare’ sends the album in a more reflective but still heavy direction. 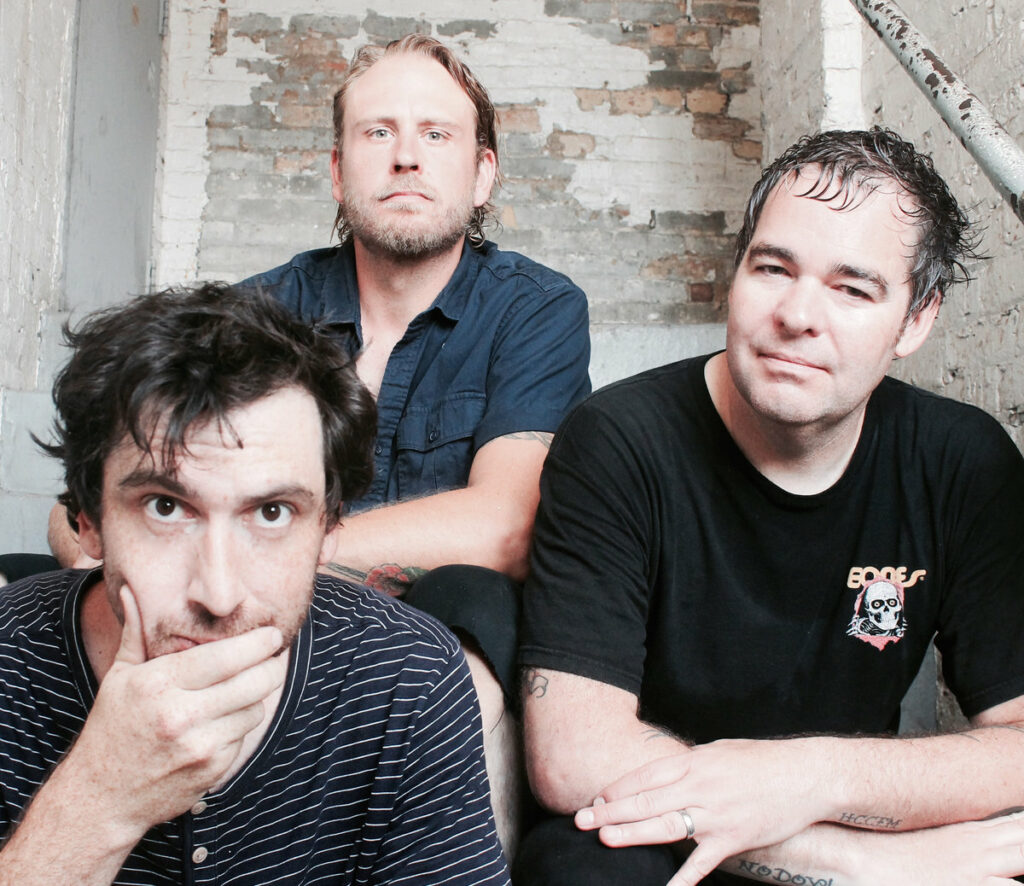 Stand out track, ‘Death Wave’ waves at Death and then kicks him in the dangly, rotting knackers. What a fucking tune.

The guitars on this album are injected with a big slice of massive, signing off the All Eyes West application to an exclusive club of three-pieces who sound way bigger than their numbers. I just wish someone would have toned down that bloody tinnitus inducing ear-fuck feedback that keeps rearing its head every now and then – otherwise a great album from a great band.

Check it on the bandcamp player below: