I’ve seen the name “Haest” knocking around for a while, and people seemed to be of the opinion that they were good. Hence, I was intrigued. They are from Hastings, and I’d hazard a guess that their name is an Anglo-Saxon word for Hastings. I’d check, but that means I’d have to put some sort of false expectation upon myself of actually caring. Apparently they describe themselves as mixing influences from hardcore punk, doom and noise rock; or “doom punk” if you will. On paper, it sounded like I’d probably be into it. Let’s go. 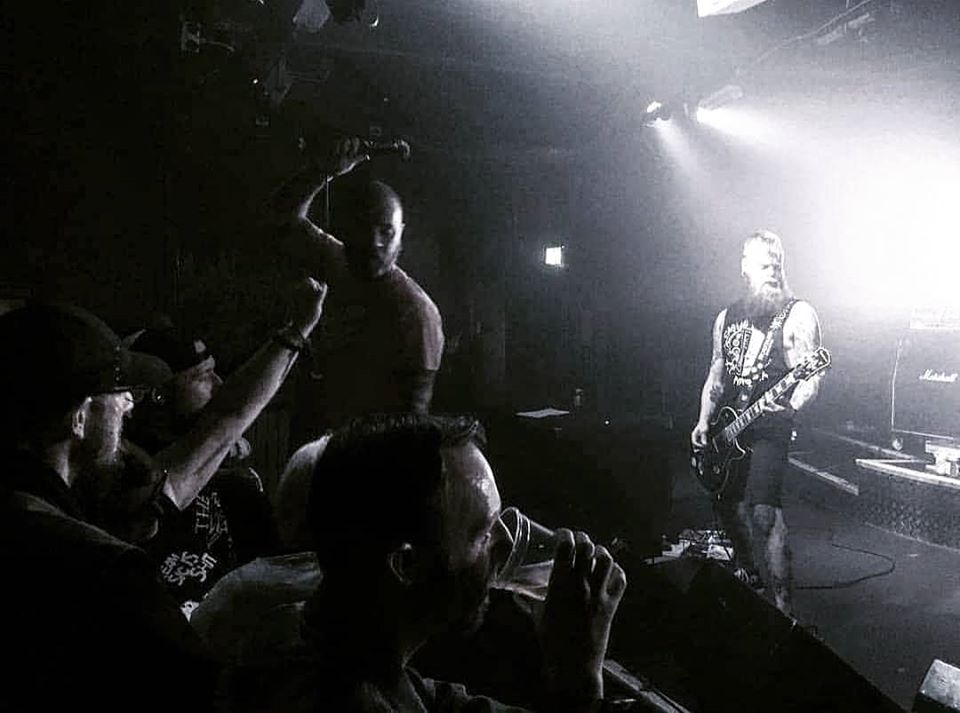 As a starting point, I’m gonna venture that the sound this lot are trying to capture may well come across better live. I’m guessing that this is meant to appeal to people that dig on “blackened” hardcore punk, but without really following that particularly over-explored path.

However, what this sounds like to me, is stuff from the Black Sails In The Sunset / Art of Drowning period of AFI’s back catalogue played at half speed, crossed with the most excruciatingly shit bits of Shattered Realm (a band celebrated mainly by the subsections of the hardcore community with particularly low IQs and/or quite questionable understanding of what decent hardcore is).

Look, I’m not here to piss on anyone’s chips, right; and I do think the art work looks great. But. I feel duty bound to be as honest as possible – that’s what my reputation as a reviewer is built on. This really didn’t grab me at all. And by virtue of that, it failed spectacularly to hold my attention; instead blurring into one long, and rather lumpen dirge. For me this warrants a Tony of Nurgle rating of 3/10

However, I would encourage you to check it for yourselves. You may like it a lot more than I do!