When I’m at my most reflective – long soaks in the bath, languorous country walks in the summer – I often think of the south-west of England and the 9,000 year-old leathery cheese zombies, eminent witch trials followed by execution by hanging, above average safety in the transport sector and, of course, Disgraceland. That’s right, Disgraceland: a relatively new three-piece Harpoon missile, shot from the USS Motorhead and heading straight for your limbic system via your poor, beleaguered ear drums. 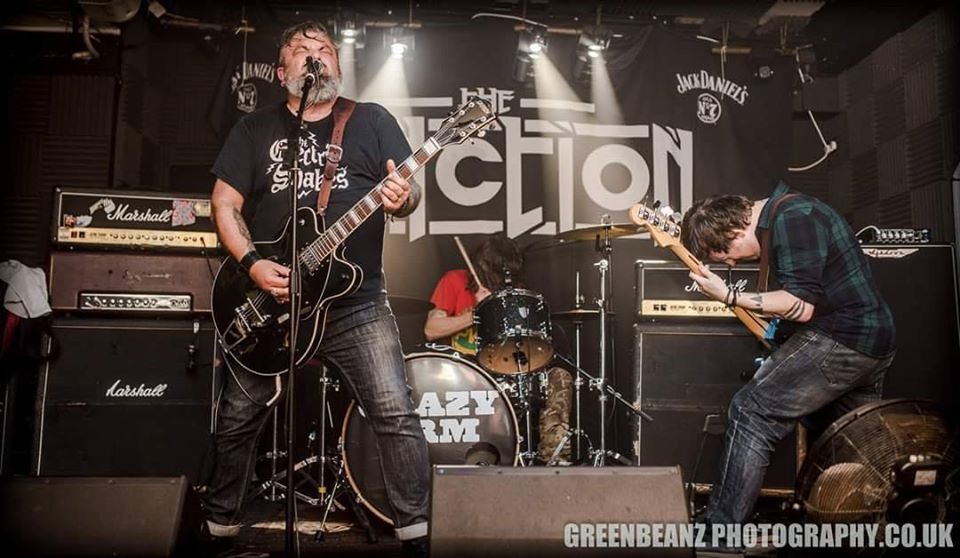 In the summer of last year they released their first EP, which reminded me straight away of Shameless-era Therapy?, with an onslaught of stripped back, rockabilly inspired riffery and shouty, hot-tempered vocals . After making us wait a year or so, Dose ‘Em Up appears to be natural follow up with similar production, albeit sporting a much more severe kick from the multi-tracked guitars and their more compacted and trenchant tone.

Kicking off with, Storming In An H Cup, sets a precedent of high calibre punk ‘n’ roll action and dark but whimsical storytelling; a thread that runs through each of the six tracks. There’s also an explicit sense of these songs being recorded live (the count-off stick clicks being left in the mix, an additional clue), which – in this case – seeks to give these tunes a frantic sense of abandon (just like being at a gig – oh, how I miss being at gigs). 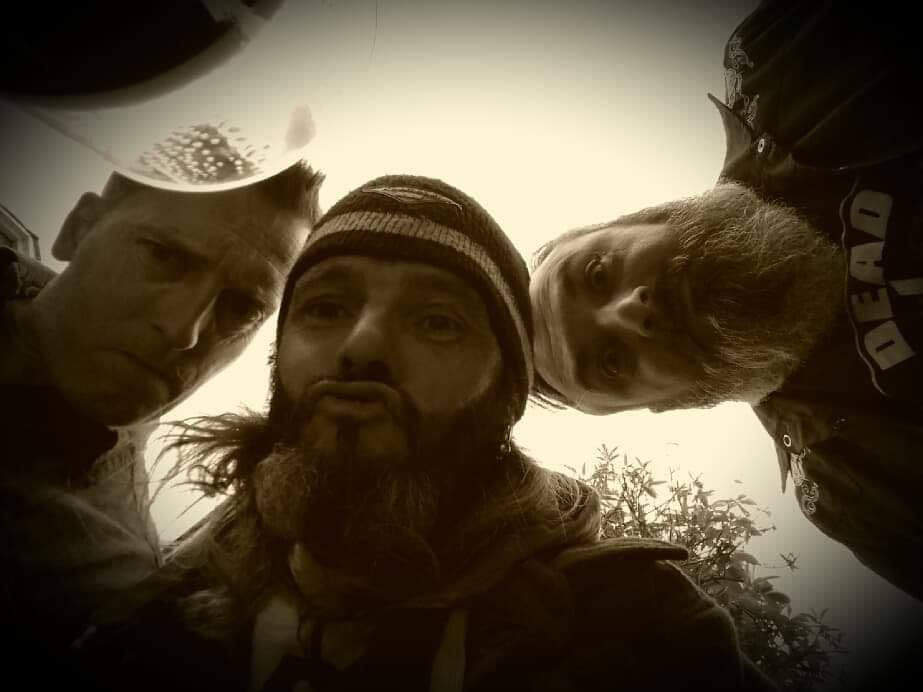 Timeworn hooks and changes aside, Hillbilly Heroin is another ripper, which easily has the most emphatic and best vocal performance on the whole record.

My wife is currently reading a book about the behaviour of tubby, Hollywood misanthrope, Harvey Weinstein and – like with EVERY book she reads – has helpfully summarised each chapter as she’s gone along. Standout track, Harvey is also based on this fetid waste of oxygen (not my wife) with the guileless satire of the lyrics not totally giving way to the Dead Kennedys inspired, ironhearted juggernautery of the band thrashing their respective instruments out in the studio.

If The Shadows had included human-flesh-eating Viking berserkers amongst their ranks, I guess they’d have sounded a lot like EP closer, Clint: a saturnine, high octane Western soundtrack affair and, despite being an instrumental, is still infused with just as much ungodly irony as the rest of the EP.

Should be played loud, in the sun with beer in hand. Get it listened to.