On their bandcamp page, Spells self-describe as “a five piece juggernaut from Denver, Colorado. They are vacation rock to be exact. They produce short blasts of intense melody and driving rhythms that are custom made to entertain the band members themselves and serve as an excuse to go play shows in cities that have beaches nearby.” Obviously such descriptors and a seeming penchant for wearing matching outfits are aimed at drawing in unwitting and curious members of the public such as my good self. 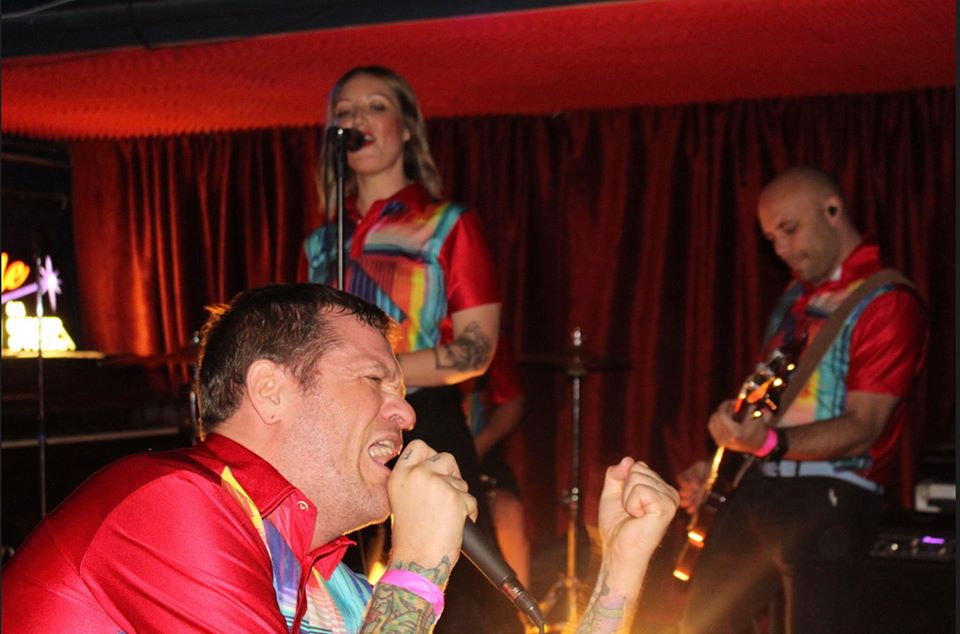 Don’t be fooled into thinking this makes for a one-dimensional sound, because it does not. The aforementioned skeleton is fleshed out with some superlative boy-girl vocal melodies of a similar calibre to powerpop legends, Teen Idols that really serves to life the flavour of this punk stew. Oddly enough, I find myself put in mind of off-kilter indie rock legends, Guided By Voices, only given some kind of punk rock attitude adjustment.

This LP successfully sidesteps my “genre expectations” for want of a better phrase, and, much as I am guilty of enjoying shitty three chord punk rock, has definitely done something that makes it stand out from the crowd, whilst also fitting comfortably in the company of other great bands currently on the Rad Girlfriend Records roster. Keep it interesting, yo. Tony of Nurgle rating 8.5/10

Have a listen, innit:

You can get this in the UK from the Brassneck Records distro, or in the US direct from Rad Girlfriend Records on a choice of orange, maroon, or random mixed colour vinyl.