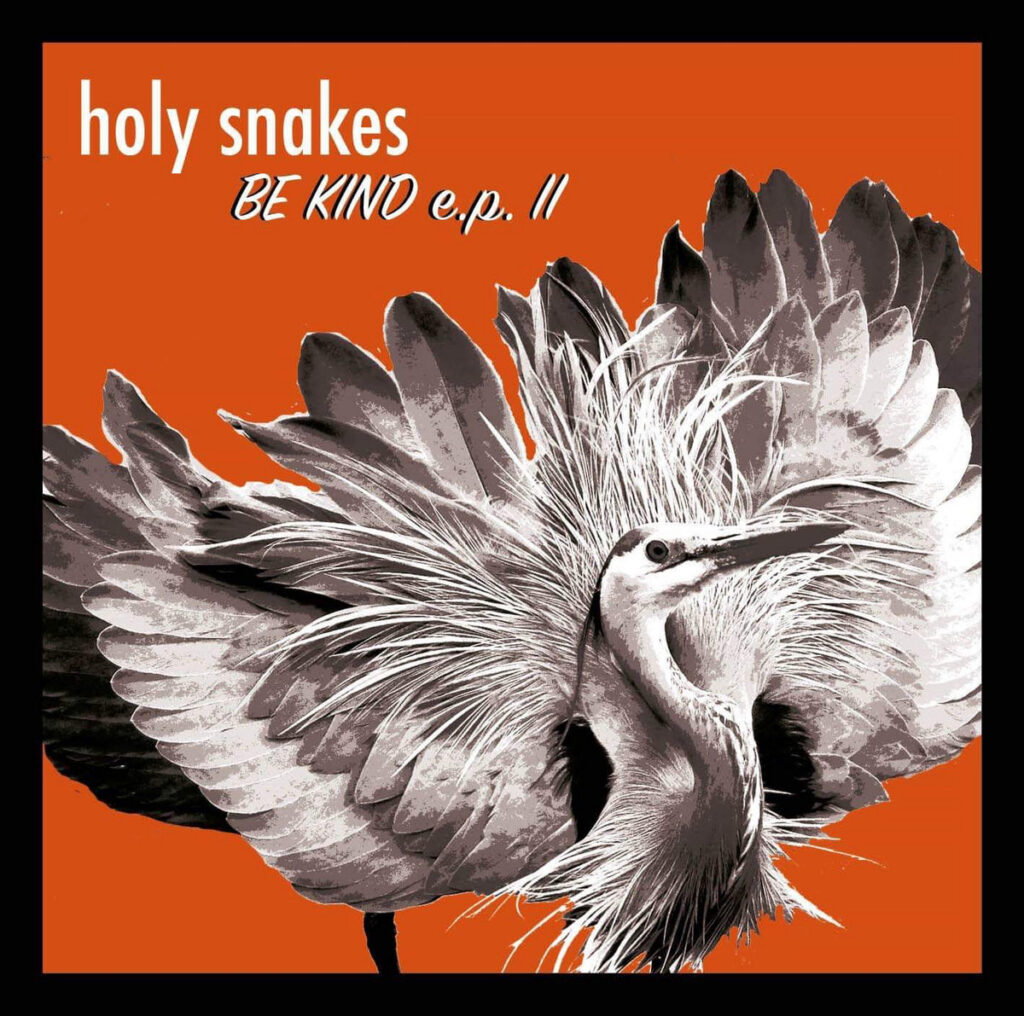 Holy Snakes, a chap from Dundee, describes himself thus: “A man, a band, no canal: not a palindrome” and “A project by Dan Faichney, sometimes alone and sometimes in company”. Interesting. Anyway, this CD EP came out last year, but as Derrick at Make That a Take sent me a copy, I thought I may as well give it a review. 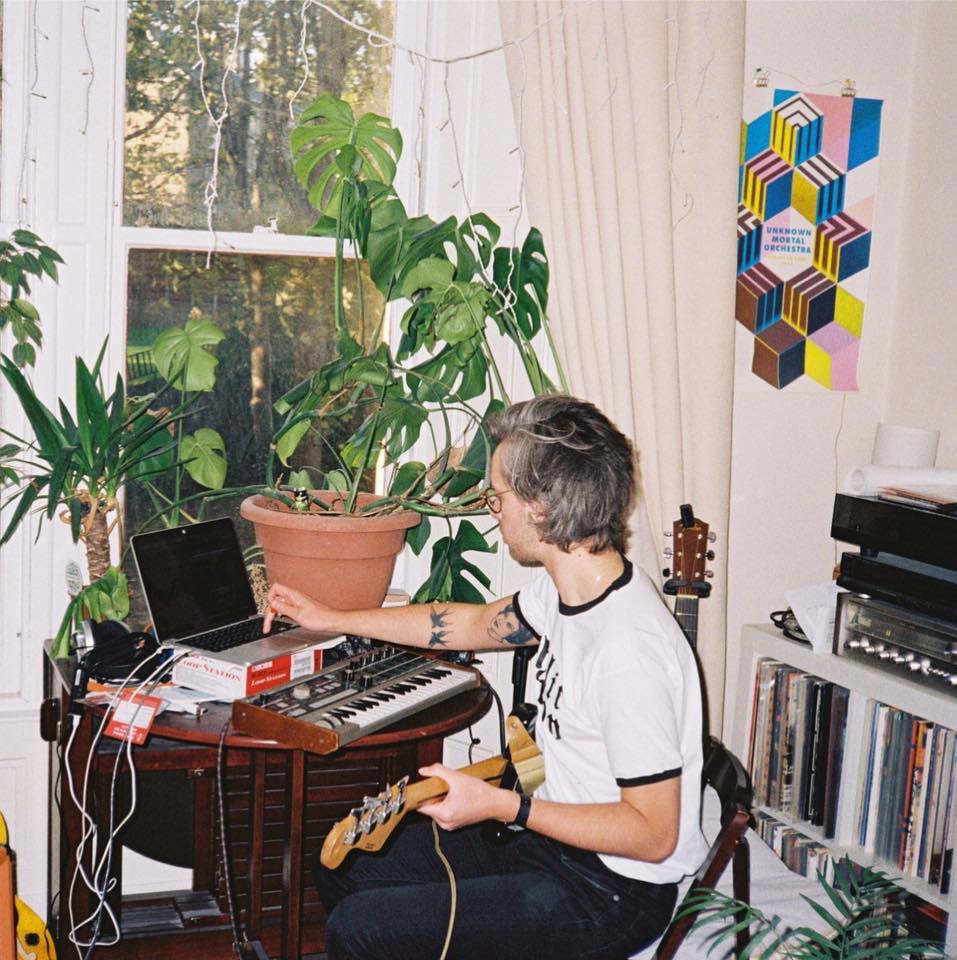 The overarching vibe here is of an old band from Boston MA, called Karate, who I am sure a bunch of older readers will probably remember. If you don’t, the synopsis I can offer is quite chilled, meandering bluesy post hardcore slow-jams. Punctuated with bouts of awesome guitar noodling. I mean, the casual listener might be conned into thinking that this is some kind of desert rock take on Jimi Hendrix reinterpreting Steely Dan style “dad music”, but they would be wrong, innit. 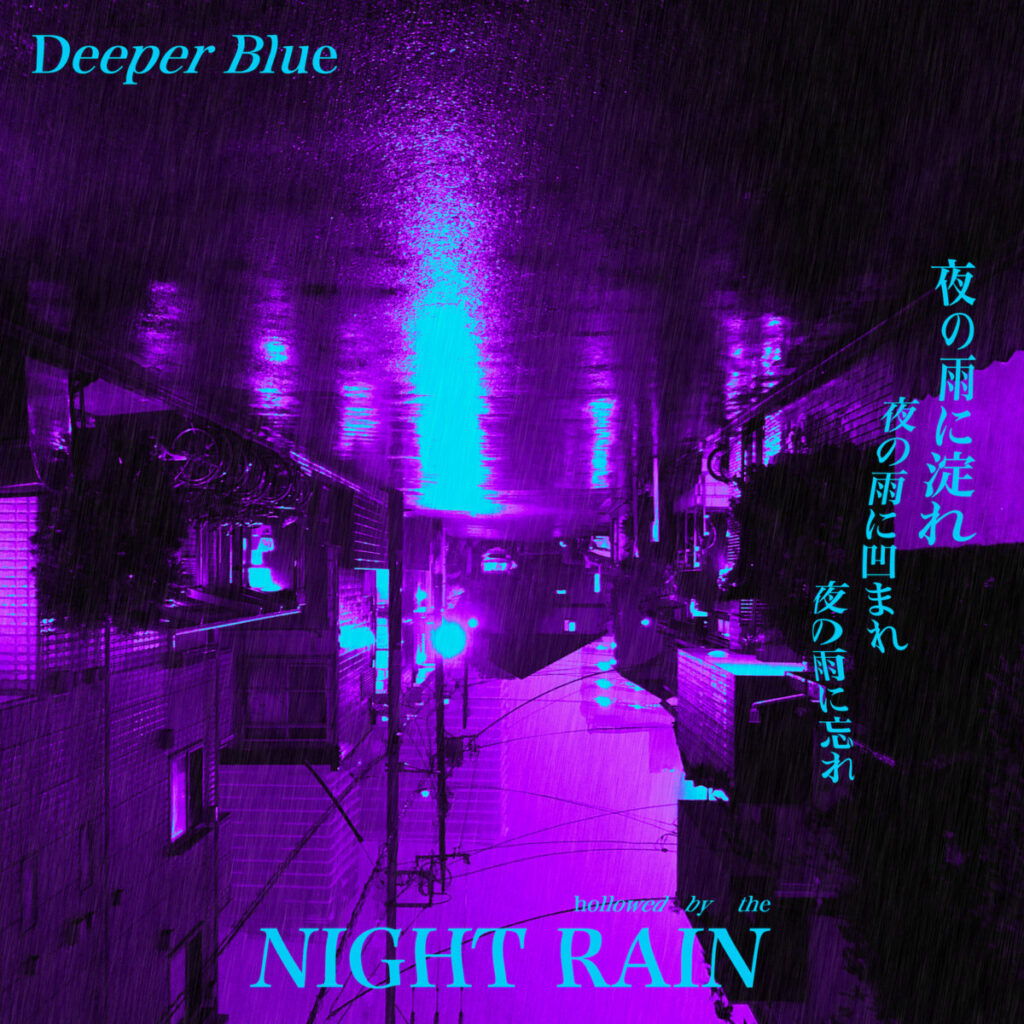 Michael from Deeper Blue was kind enough to send a copy of the 7in all the way from Tokyo in order to get it into my grubby little mitts. Probably understating the actual size of my fairly average sized hands, but you get the idea anyway…

Deeper Blue is described as “a dreamy narrative streamlined in layered instrumental surf punk music”. In other words, there’s some kind of high-brow concept at play here. Namely that of a neuroscience-based ghost story, two parts of which are presented on this seven inch, and which will be revisited soon as part of a ten song LP (which will be the first of two full lengths). 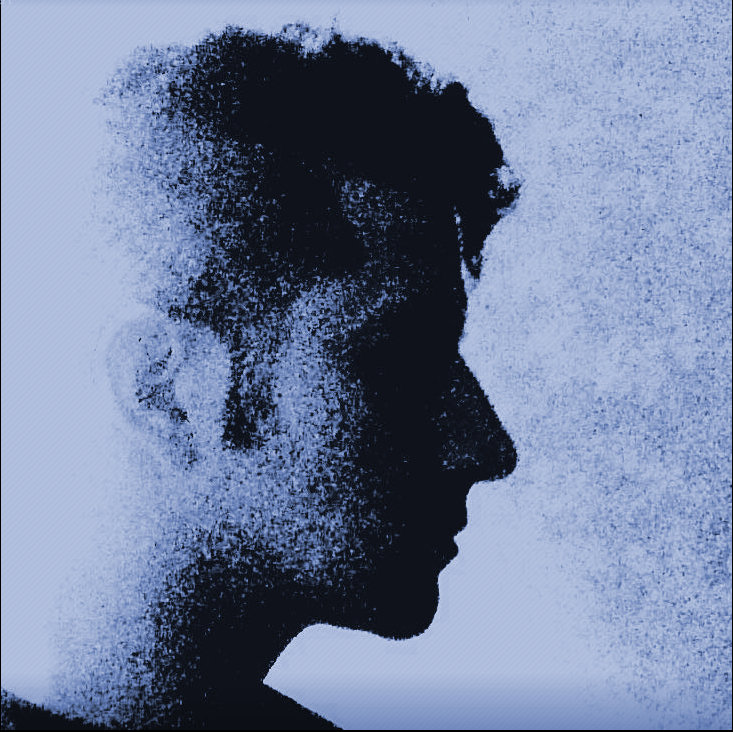 In less ephemeral terms, the band is currently a two piece, operating from Tokyo and Florida respectively. Kind of puts me in mind of that crazy project Dave Witte did: East/West Blast Test. The two individuals involved were sending music back and forth and each adding their parts to it or something? It came out via Relapse in the 2000s at some point. Worth a listen.

Anyway, digressions asides, what does this actually sound like? I’m gonna suggest a less empty feeling and less dissonant version of post-rock act Explosions in the Sky without the excessive delay and phasing, but with a kind of Psychobilly (a genre I typically love to hate) bent: think Tiger Army without the shit bits and annoying wailing. Now, you might be thinking that this sounds like something that really shouldn’t work. But it really really does. A good deal of instrumental music leaves me feeling unfulfilled for some reason. I dunno, probably because I don’t smoke copious amounts of weed (or any weed at all for that matter). But, I keep digressing… This, this I found to be instantly engaging, and my attention was held througout. I never really considered the possibility that something that sounds so understatedly sinister could also feel oddly uplifting. Tony of Nurgle rating 9/10 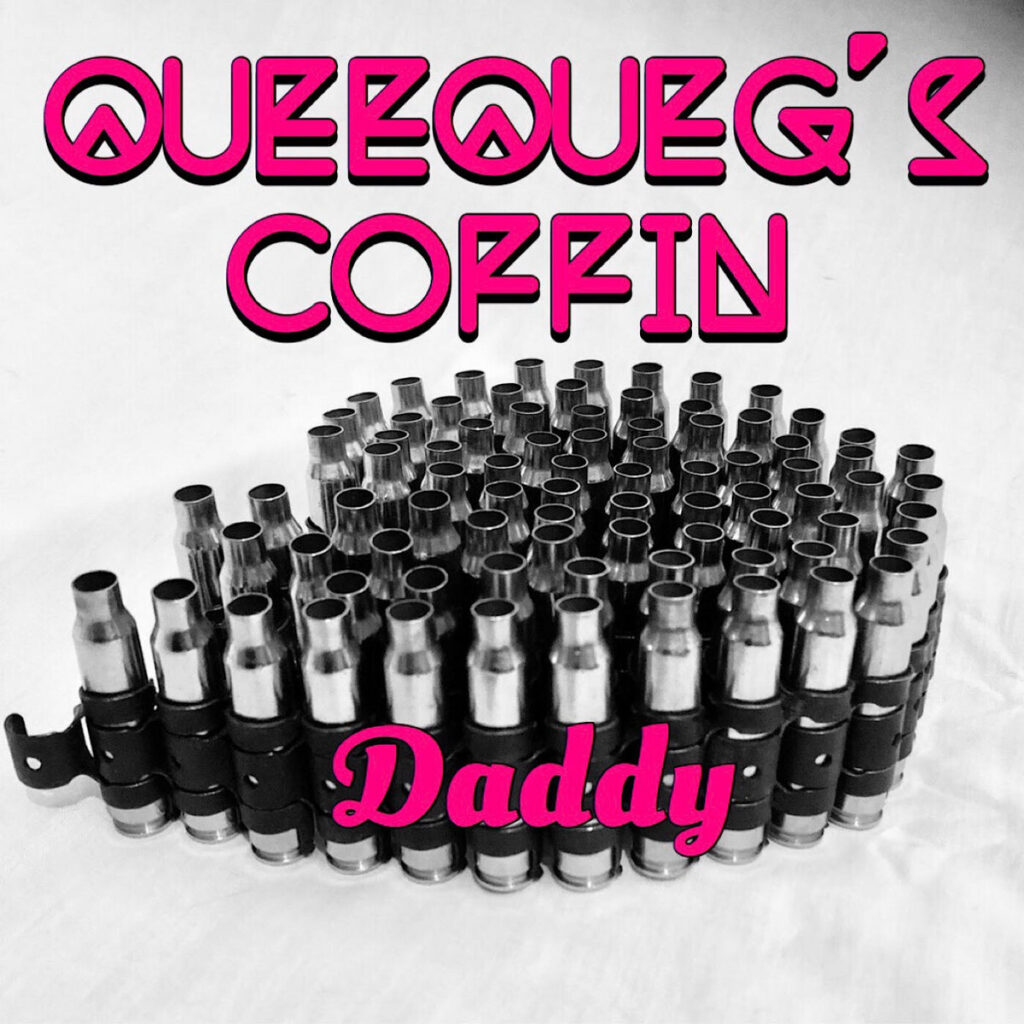 Apparently this lot are “Dundee goth-soul dance punks” which on paper sounds both spectacularly awful, and as arch as fuck. Like, electro. A genre seemingly invented for people that both hate actual music and also feel the need to be really poserish about something utterly inconsequential. Like, er, hipsters and shit. 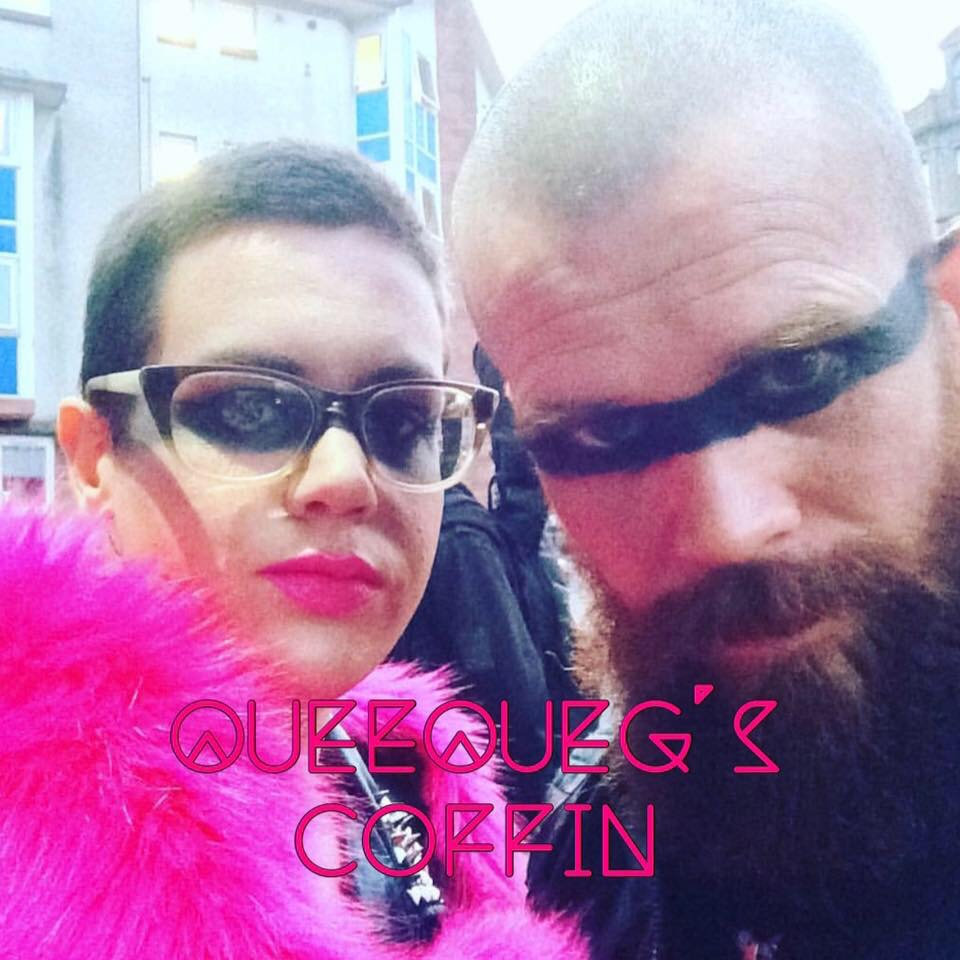 Anyways, I gave it a whirl, as I was sent a copy. I’ll be honest – I’m not feeling it. You know those dead healthy-healthy smoothies that you get these days that are made of a random selection of vegetables and come out looking and tasting like something the creature from the black lagoon just yacked up? The taste of decomposing cabbage intermingled with dog shit and cut grass, aye? Imagine one of those made of Bis, Bjork, Peaches and Gary Numan. If this had perhaps been on a bit more of a Gossip meets Le Tigre tip, I feel like I’d perhaps view it a bit more favourably as at least there’d be something of substance here.

Alas, much like one of those aforementioned smoothies, this takes a special type of sadist to inflict upon another person, and a special type of masochistic tendency to endure. But, it does take allsorts, as they say. Whilst I would personally give this a Tony of Nurgle rating of 2.5/10 (mainly for the samples and a couple of the bass lines), I can think of a fair few mates that would love it. Still, it’s not for me. Have a listen you might like it…

Interested parties can get this from the Queequeg’s Coffin bandcamp page or Make That a Take Records.