Swan Prince are from somewhere in the general Birmingham area, and describe themselves thusly: “Brummy mates with a lame band name making skate punk songs”. They formed in 2017, and have released previous material via Hell Hath No Fury Records. The band is made up as follows: Josh – Drums; Rachel – Vocals/Guitar; Danny – Bass; Ed – Guitar/Backing Vocals. The sleeve and inner feature artistic representations of the band’s actual pets – which seemingly include what I assume is an axotyl or a cave salamander or something (it’s pink and weird in a kind of endearing way…).

Hell on Earth is the band’s first full length, and goodness me, it’s a cracker. I feel a bit sad that I kinda slept on this lot. Life is hectic and/or full of ways to procrastinate and generally put off doing stuff, though. At least if you are me, anyways.

The sound here is very reminiscent of the Fat Wreck stable when it was at it’s peak in the mid-90s, and whilst drawing heavily from a very SoCal oriented sound (think NOFX, Lagwagon, No Use For A Name), Swan Prince also seem to bring in a very British interpretation of that sound, evoking memories of classic UK bands of the same period such as Chopper, Crocodile God (who let’s not forget brought out a new LP on Brassneck about a year back), Vanilla Pod and the like.

Musically, the band play fast and hard – powered by tightly controlled, crisp, rapid drums. The band are still maintaining an impressive pop dynamic, however, demonstrated most plainly in the hooky guitar lines and a vocal that sort of reminds me of a Brummy version of either Elyse Rogers or Karine Denike from Dance Hall Crashers (but I can’t tell which is which anyways apart from visually). But you get the idea. Clean, sweet, almost crooning vocals. It’s nice, and serves as a strong contrast to the hectic pacing. 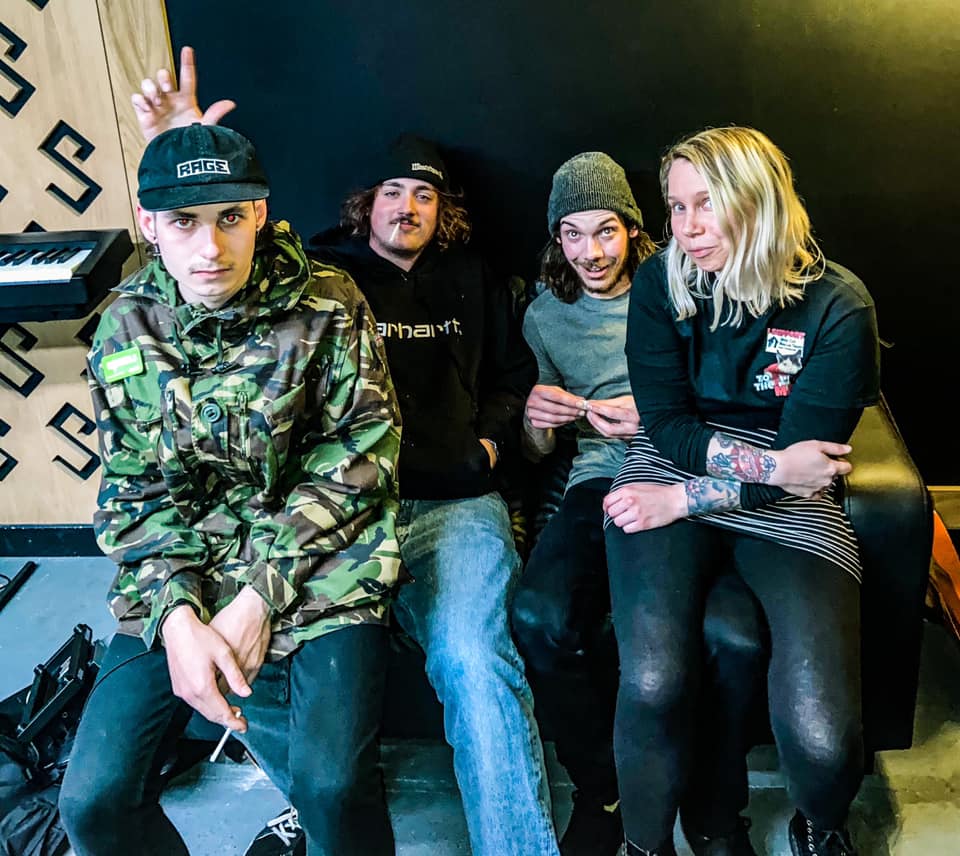 I’m utterly enjoying 2020 from a musical perspective, and this little lot sum things up perfectly. They seem to have recaptured and reinvigorated a sound that in many circles is probably looked upon as distinctly uncool. Swan Prince have managed to reframe that in a way that somehow masks without obscuring a high BPM with endearing sadness and sentiment. If there was a Hello Kitty version of About Time by Pennywise, it’d probably sound something not too disimilar to this. And I see nothing wrong with that. Tony of Nurgle rating: 9/10

This releases on friday 7th August and is available from Brassneck Records on a choice of Clear Yellow Vinyl (108 copies) or Orange Vinyl with Black Splatter (218 copies).

Find out more on the Swan Prince Facebook page