Paper Rifles have seemingly been around for a bit now, or at least have been hella productive in a short amount of time, judging by the amount of material on their bandcamp page. I can’t make head nor tail of whether this is a singer/songwriter with a live backing band, or an actual band or what. He or they come(s) from Edinburgh, and describes themselves thus: “Acoustic/indie/punk/rock/singing/hectoring from Edinburgh.”

So, Traitor’s Hill is their latest offering. From looking at the cover art, I was pretty much misled into thinking this was some kind of quasi-Nu Metal / Juggalo mash-up or something. Oooh-wa-ah-ah-ah. Ahem. Apologies to the artist and the band, but that cover art is dreadful. Thankfully, I overcame my trepidation and put the CD on, in spite of my misgivings.

And, I’m really glad I did, to be honest. This is a really decent full length album. Given I had fuck all prior knowledge of this band, or indeed what to expect, I was still surprised. After a sustained bit of feedback or a note, can’t decide which, this opus spreads it’s wings into a majestic, sweeping bit of trad emo that puts me in mind of Just Watch the Fireworks by Jimmy Eat World, off their Clarity album.

This continues to play out in a manner reminiscent of anthemic Jimmy Eat World classics that they don’t write anymore as they got sucked into their own bumhole some time back, and only produce limp pop-rock these days. Ahem. 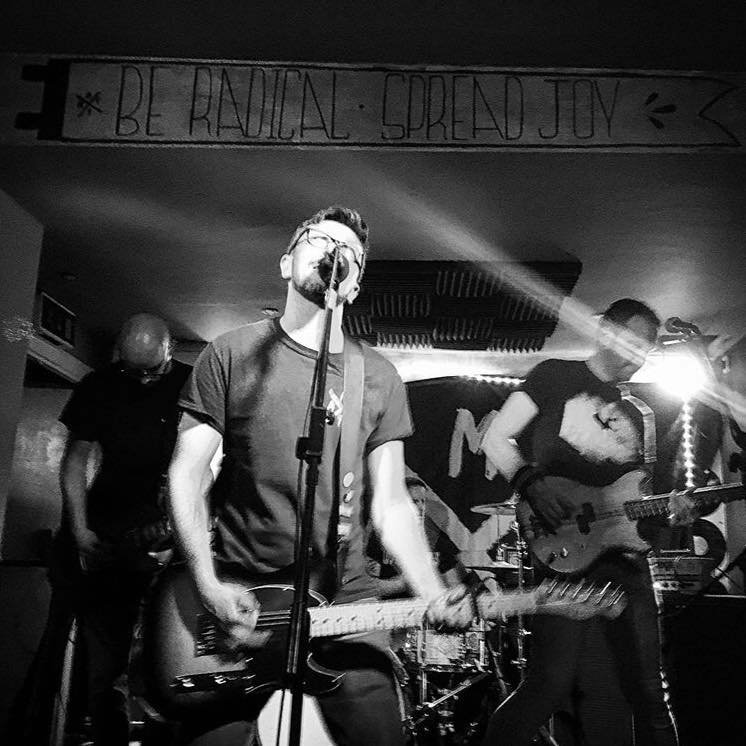 Anyway, the flavour of the album seems to orient itself somewhere between that and Four Minute Mile era Get Up Kids, and I suppose Brand New kind of after they dropped the out and out “easycore” style pop punk of their debut, and before they went “overly interesting” (as a matter of record, I’ve not held any stock in the output of Brand New since their debut, and anyway, the singer pesters underage lasses for sex, in case anyone forgot). Plus a dash of very early Gaslight Anthem (i.e. before they flung themselves wholeheartedly into the embrace of sub-par 1950s throwback nonsense) classic LP Sink or Swim.

Anyways, if you like all that grandly arranged stuff as demonstrated in that strange area where a classic mid-West emo sound meets arena rock, but tempered with something a bit more grounded, and therefore less lofty and pretentious seeming, then this is gonna be your jam. I enjoyed this a great deal. Tony of Nurgle rating 8.5/10

You can get this from the Make That a Take Records bandcamp page on limited edition CD.

Find out more on the Paper Rifles Facebook page