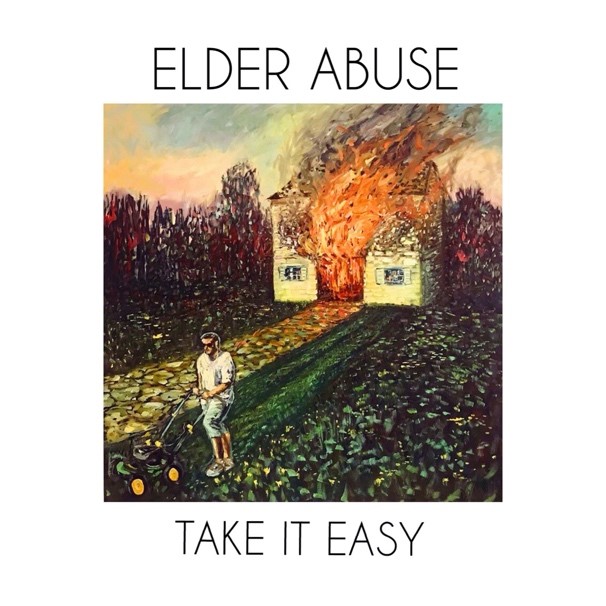 Elder Abuse are a 5 piece from Winnipeg. Seemingly if you type Elder Abuse into Google, er, let’s say you won’t get Elder Abuse the band. In fact, you won’t like the results at all. Suffice to say I’ve probably ended up on some kind of watch list as a danger to vulnerable members of society for failing to report abuse of the elderly or some shit. Anyways, they’ve been around since 2012, they have ex-members of Daggermouth and Ceilings and the three songs presented here are the first since their album Burnt in 2017, which I’m assured is highly acclaimed.

The title song here, Take It Easy apparently features one Chris Cresswell of The Flatliners and more recently Hot Water Music. Don’t get me fucking started on the non-entity of a band that is The Flatliners, about whom I can only say at least it’s not the fucking Menzingers. Thankfully this seemingly has no negative impact on the material presented here. 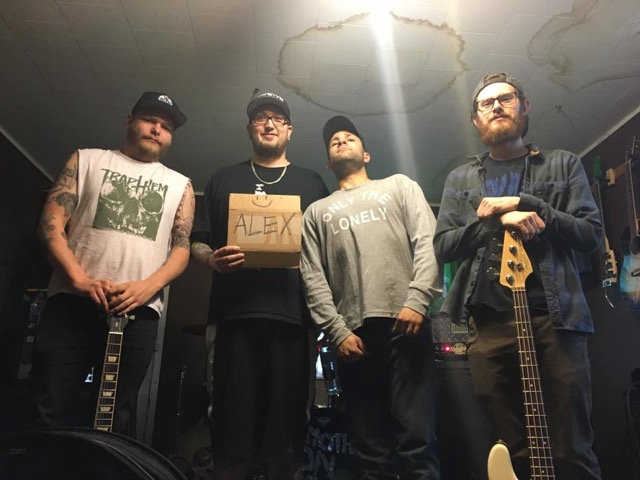 High octane emotive, melodic hardcore is the order of the day here. And although the wheel is certainly not being reinvented here, it’s also not being fitted with cheapo re-treads either. This seems slick enough to stand up alongside the better sections of the Samiam back catalogue, and would I feel make a decent companion-piece to the criminally unsung post-Samiam efforts of the last couple of years such as Racquet Club and Ways Away. If you dig on Iron Chic and that, you’ll want a look at this as it’s well decent, this. Tony of Nurgle rating: 10/10 Note: Apathy and Exhaustion professes ignorance to the fact that any fragile egos of so called punk rock royalty may have been harmed as a result of this review. Suck it. 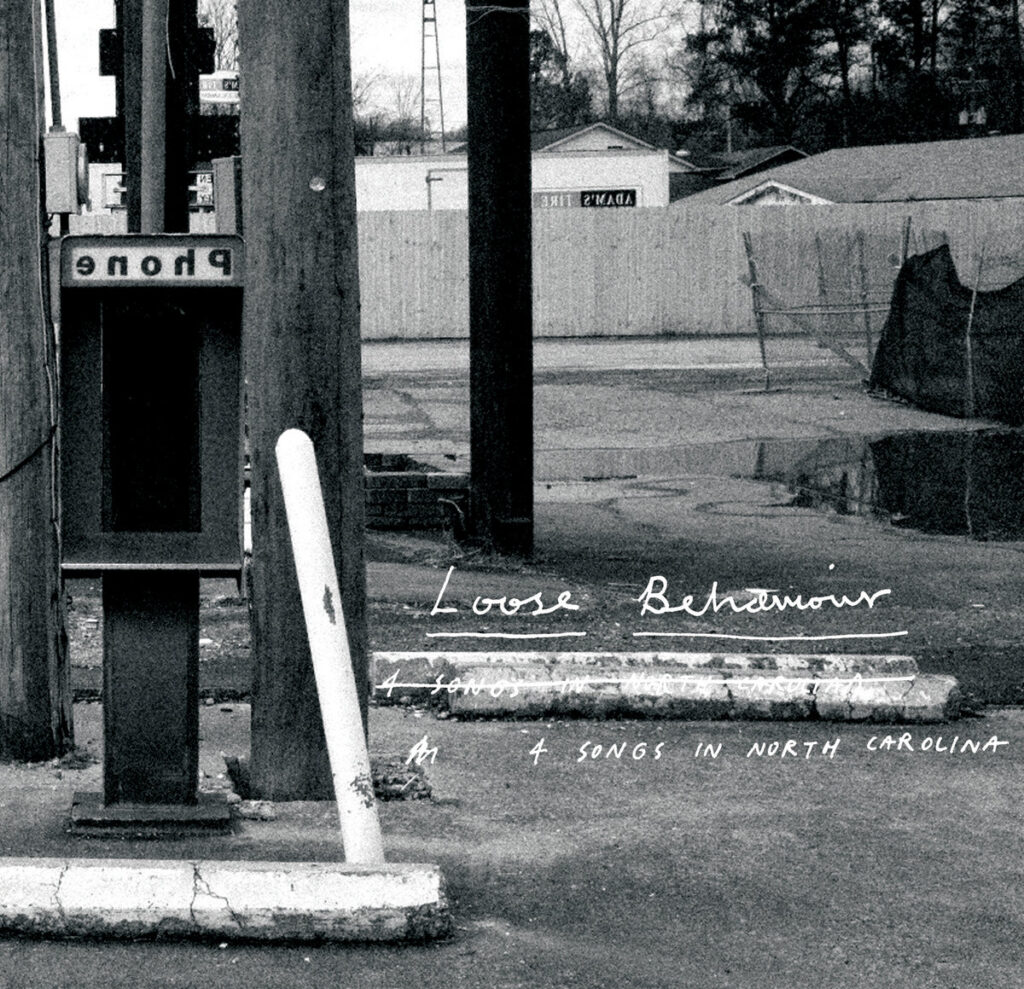 No doubt some of you idiots remember me raving about Sad Action, the debut full length from Loose Behaviour earlier this year. Maybe some of you were savvy enough to pay attention. If you didn’t, fear not, time is on your side, innit. If you missed the fucking memo, Loose Behaviour is Mikey Erg from The Ergs! and The Measure SA, Pretty Boy Thorson from The Slow Death, Josh from The Raging Nathans / Dopamines, and some dude from The Arteries that for some reason I cannot ever remember the name of… er, Nigel? Sorry dude, I feel terrible – and yet not quite terrible enough to look it up.

Anyway, they are super good at writing punk rock songs. Each member takes the lead vocal on one song each of this opus, making for a nice bit of variety both in terms of vocal sound, and also stylistically, which steers this away from being generic sad-boi garbage pop and firmly into the territory SERIOUS PUNK ROCK BLUES, ya dig?

Imagine if you will, 4 musicians of some renown soaking in brew and doubtless some level of heartache or other, whether current, historical or imaginary have been wandering the yawning chasms of existential hell that the past year or so seems to have conjured up. Only they took time out from those doldrum days to kick out some rad jams for YOUR benefit. Yeah son, welcome to your new favourite band innit. Tony of Nurgle rating: 10/10

Get it from Rad Girlfriend in the US or from the Brassneck Records distro in the UK. It’s available on clear or “mystery colour” vinyl. What can I tell you beyond mine is the colour of a turd nebula?

Noi!se – Base Rage On The Front Page 12in (Pirate’s Press Records) 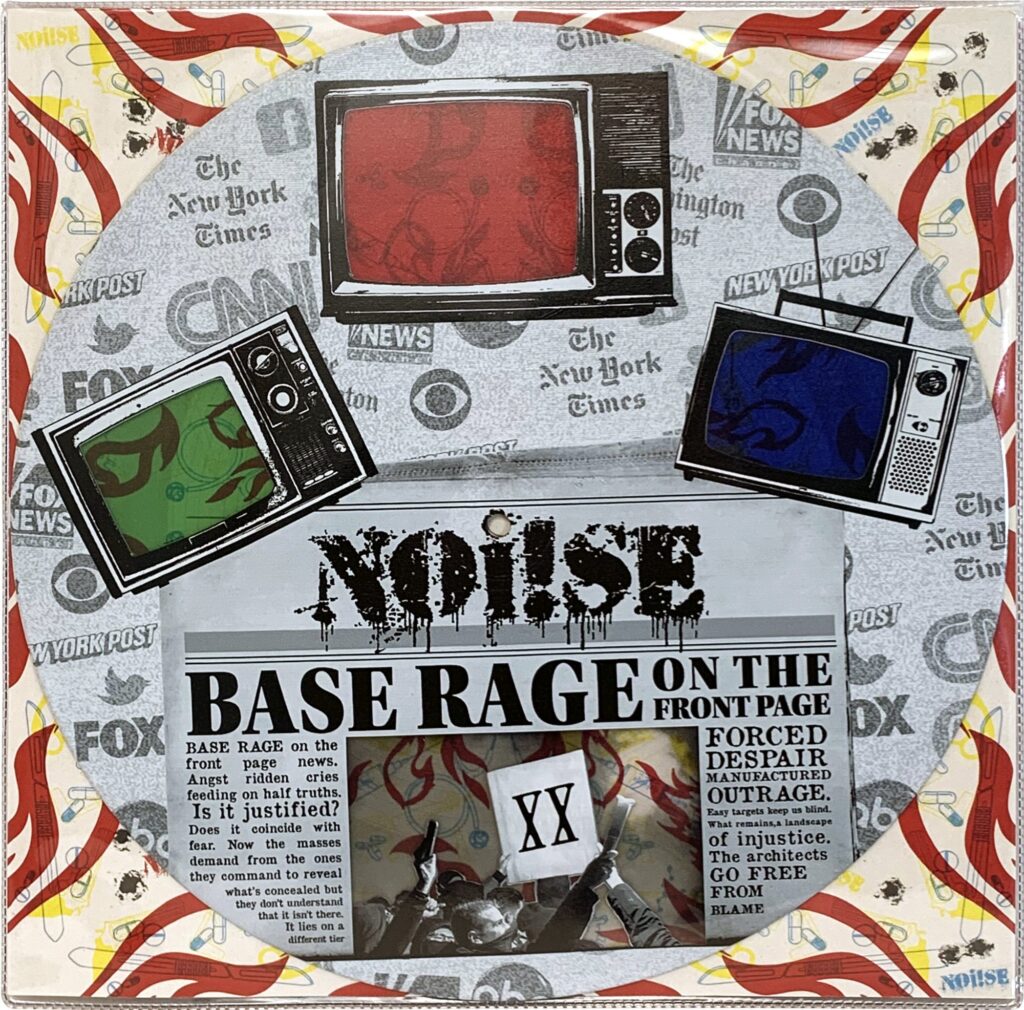 This release comes out on a clear vinyl 12” single, and comes with decoder lenses that you use to read further information on the record itself. That’s pretty cool if not slightly nerdy for an Oi! band, but I like it. There’s only 600 of them too, so it’ll be snapped up pretty quick I think.

As with most Noi!se stuff they aim a little higher than your average punk band and this time round they’ve set their sights on the media tactic of whipping up outrage to sell papers and push agendas, pretty righteous stuff. That’s quite a lot to get through to get to the song, which is good, but not really exceptional, it’s a 12” record with all that effort gone into the design for 2:48 of music. The music is good, but it doesn’t really deviate from a standard structure, and, whilst it’s decent enough there isn’t that giant hook that it needs to carry the weight of it’s regal attire.

It’ll look great in your collection and full marks for presentation, but all in all 7/10: Bundie 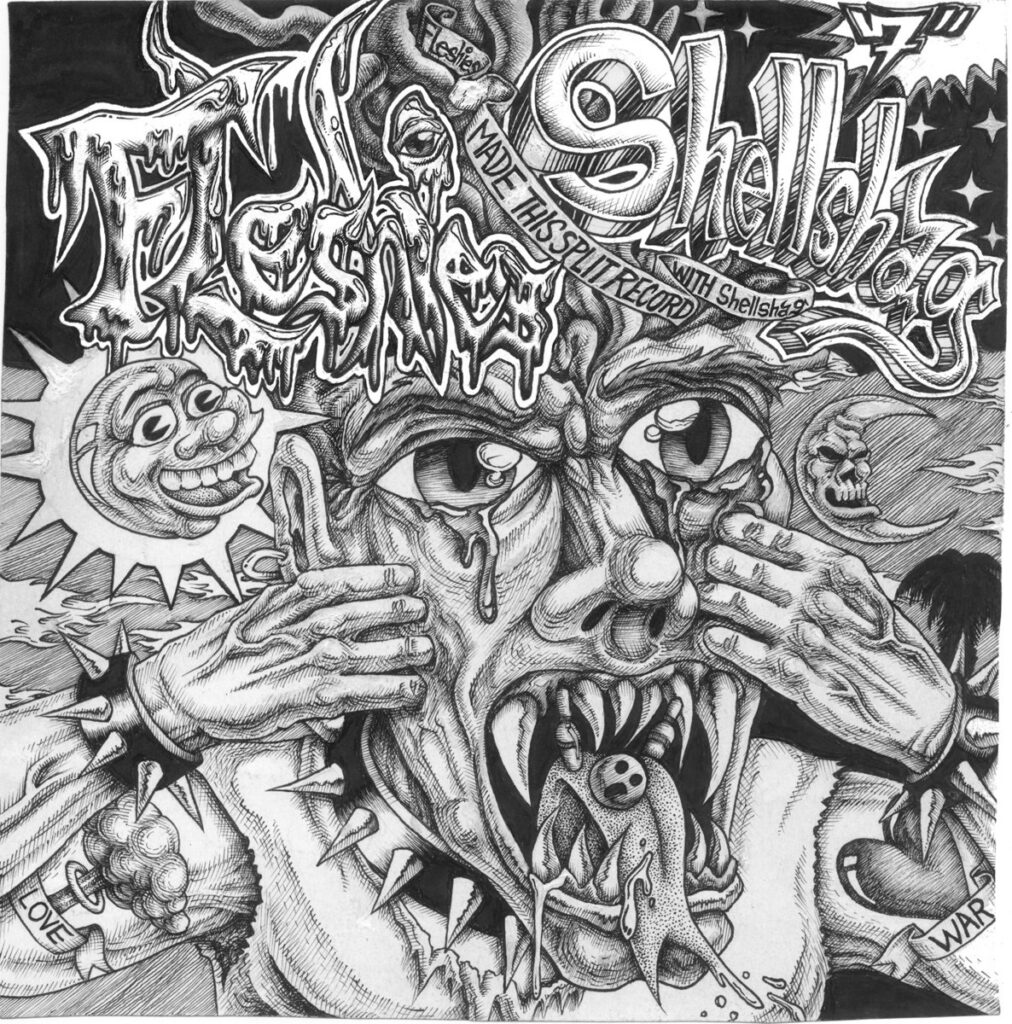 Some of you once again may recall me reviewing Introducing The Fleshies, which came out on Dirt Cult a bit ago. I thought it was well good, me. So obviously I was excited to check out this new split with Shellshag, a name that I’d seen kicking about distros for some time, but I never got around to checking out.

The Fleshies side sounds to me to lie somewhere between a less obtuse glam version of The Jesus Lizard, Dead Kennedys and early Mudhoney. It’s a heady brew, and I’m told that the band are constantly evolving their sound from release to release. It’s certainly different to the aforementioned LP, and I can kind of imagine why their live show is renowned for being a bit, er, strange? But this I definitely thought was cool.

On the flip we have Shellshag. The two songs here are pretty rapid fire, and theres some pretty innovative and challenging stuff going on here. This however does not detract from the immediacy by being impenetrable. There’s an almost mechanical feeling drumbeat powering this along. The sound overall has this feel that puts me in mind of a team-up between Lillingtons and ISS with the sole purpose of butchering Drive Like Jehu songs by making them both more sinister and somehow more straightforward. It’s a bunch of fun. Tony of Nurgle rating: 8/10