“War On Women is a co-ed, feminist hardcore punk band from Baltimore, Maryland, formed in 2010. Song topics have covered abortion rights, access to contraception, rape and online misogyny”. So who better to review it that a balding bloke hitting the stride of middle age who spent a decade in an Oi! band. I have been a regular visitor to Baltimore though, so there’s some common ground to start on…

This is the sort of description that sees the knuckle-draggers getting all upset and running for their own safe spaces in the darkest corners of their Facebook groups, which is always a good thing. It makes them uncomfortable and often lets you see peoples’ true colours. If you honestly don’t believe politics has a place in punk rock I have no idea what you thought you were getting into.

I wasn’t overly familiar with the band, so I found an interview on Revolver and discovered that they also put their money where there mouths are and do a lot of activist work. Front person Shawna Potter goes on to talk about being raised by her mother and grandmother and their influence on her politics. It’s a pretty interesting read.

Anyway, suffice to say politically speaking they seem to be the real deal and they aren’t just trying to say the right things… but does it rock? That’s what we are here to find out. The answer is yes it does, but it might even be slightly too rock. The style is a pretty well-trodden style of melodic hardcore. The vocals go from vitriolic to pretty poppy, and at times they remind me a little bit of mid-era AFI. The songs are all as politically charged as you’d expect, the anger is real, but… the production is so slick you lose a bit of that. It actually also touches on a more metal sound in places.

It’s quite difficult to get my head round if I’m honest. I was really hoping to be into it, but in at the end it all goes a bit Evanescence. I really liked the angry stuff, but it was a little bit too produced and a little too slick. I think if this had just been a bunch of dudes it would have been pretty forgettable, but the conviction in which the lyrics as delivered brings it back from that brink. 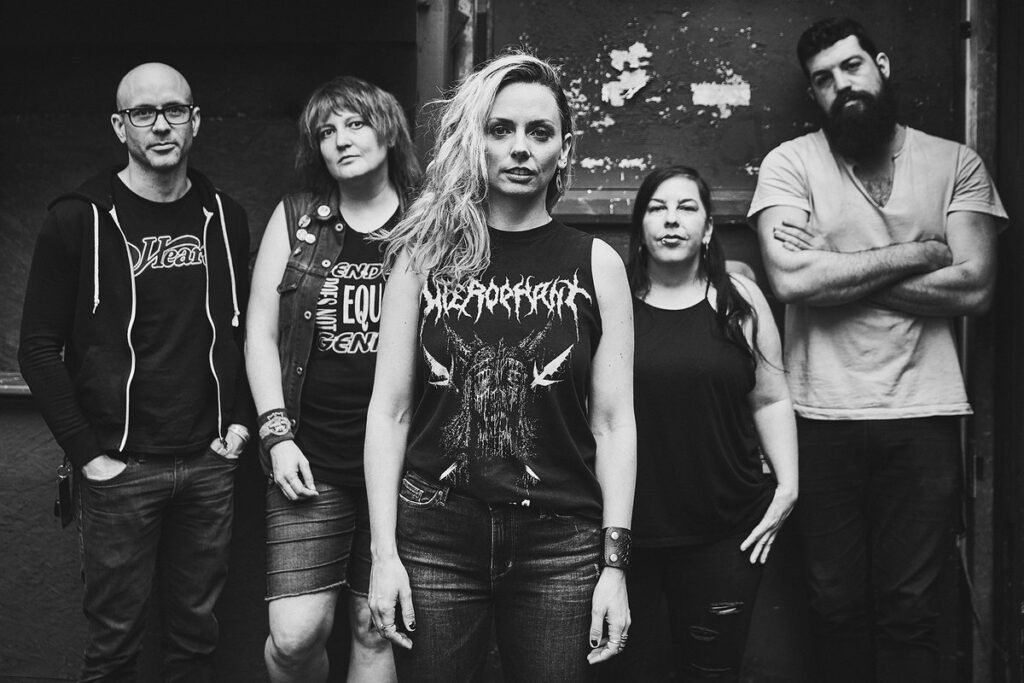 There’s a lot of talk about safe spaces, and that’s something the band have addressed on the Warped Tour in years gone by. I have to admit to pulling a face over the years at the mention of such things, but then I’ve never been singled out and felt threatened at a gig. I haven’t experienced that. I always liked the idea of punk being a bit dangerous, but then if you take a step back is that any different to a kid playing soldiers or other such macho ego-boosting?

The truth is as much as I joked about it at the start, I am one of the people who needs to hear this message. I like to think I’m pretty progressive and I’ve always been pretty liberal politically, but is that really enough?

As my own daughter grows up I want her to experience excitement and adventure. I want her to overcome her fears and have new experiences and I want her to have a sense of achievement in all of that. She should be able to do all that without the additional pressures heaped on by guys that get all out of shape when they hear the word ‘no’ or a woman dares to call them on their shit. I guess I’m a work in progress.

Anyway, good art should provoke thought and that’s what this record has done, for me in any case. From an aesthetic point of view I think it would be better if it were a little rougher round the edges and really let the vitriol flow; and if it maybe lost a bit of that metal influence too that wouldn’t hurt. The music doesn’t quite live up to the importance of the message, so for that reason, it’s 7/10 from me.