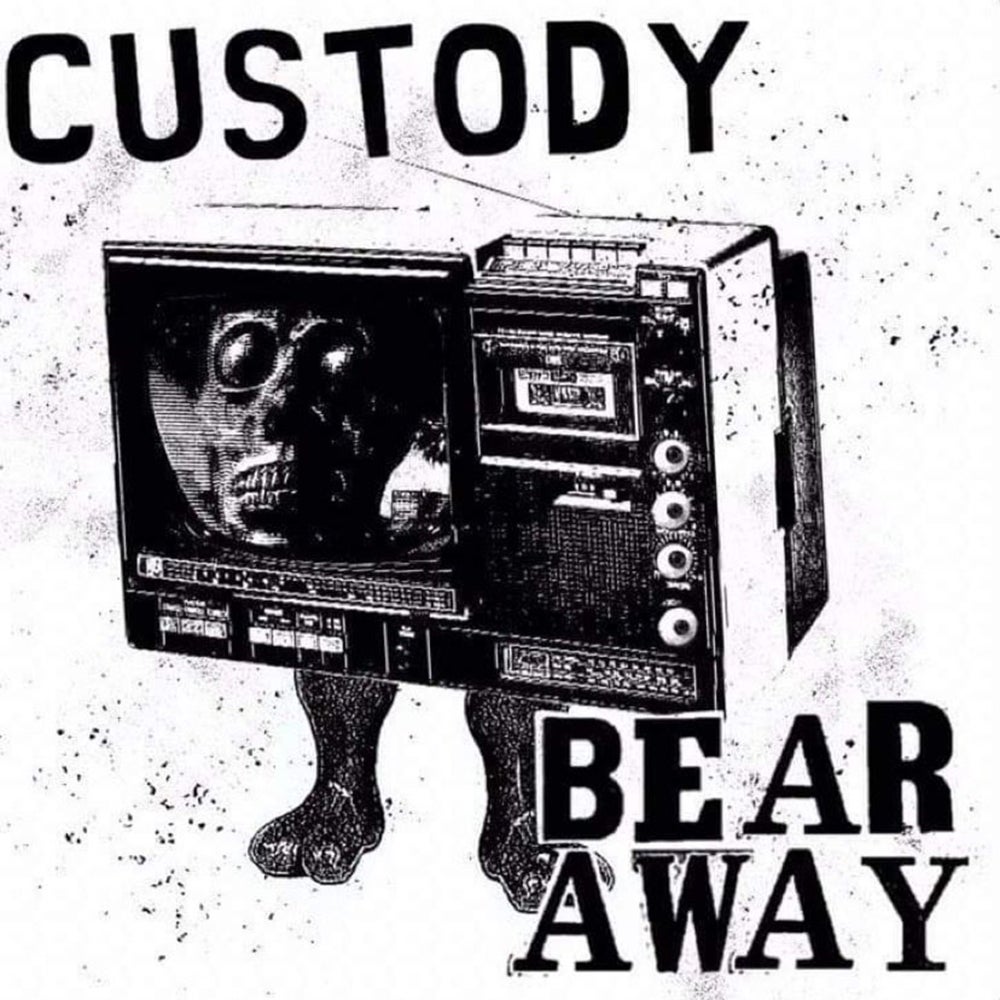 Custody (Helsinki, Finland) and Bear Away (Scarborough, UK) are releasing a stupidly limited lathe cut 7″ which just went up for pre-order on Monday. Scott from Brassneck commented: “We’re just releasing however many people pre-order in a 2 week period until Feb 7th to a maximum of 100”. He continues: “It’s only 2 songs with official release on March 15th to give the lathe cut guy time to make them.” At the time the conversation took place, the idea had just come to fruition about an hour previously… 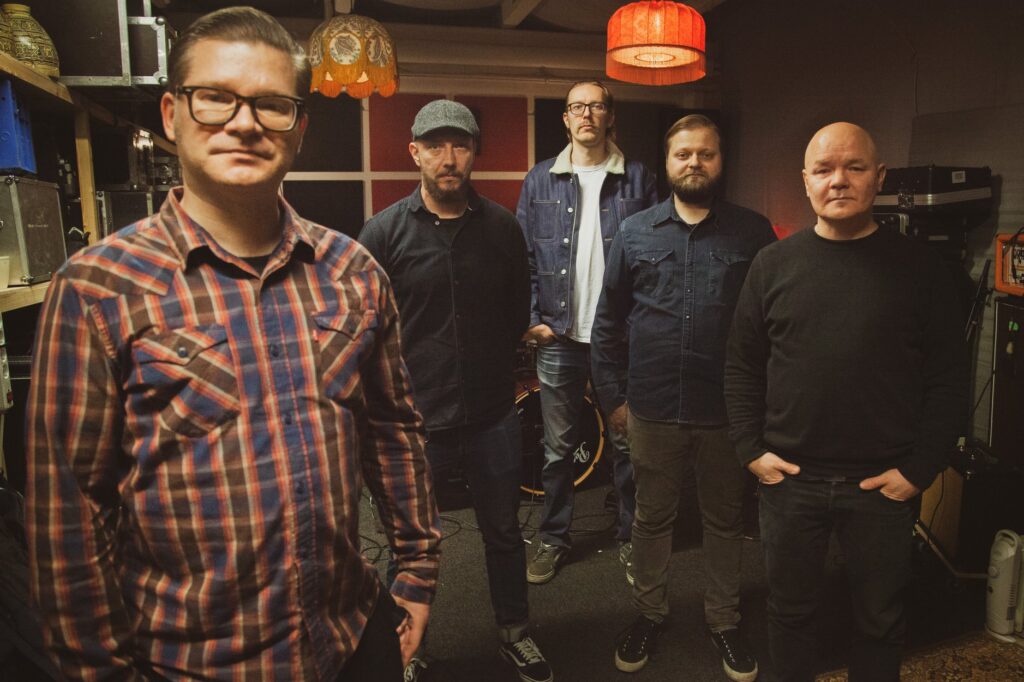 Custody take the A side with Running in Circles. Probably a whole bunch of you are familiar with this band by now, with 2 LPs and several 7in releases out via UK labels such as Brassneck, Little Rocket Records and Different Kitchen Records – all of which are worth a look. Obviously you’ll not be wrong to expect heavy Samiam / Texas is the Reason / Ways Away vibes here; Custody are managing to uphold a certain quality of output when it comes to melodic punk, you can be sure of it. 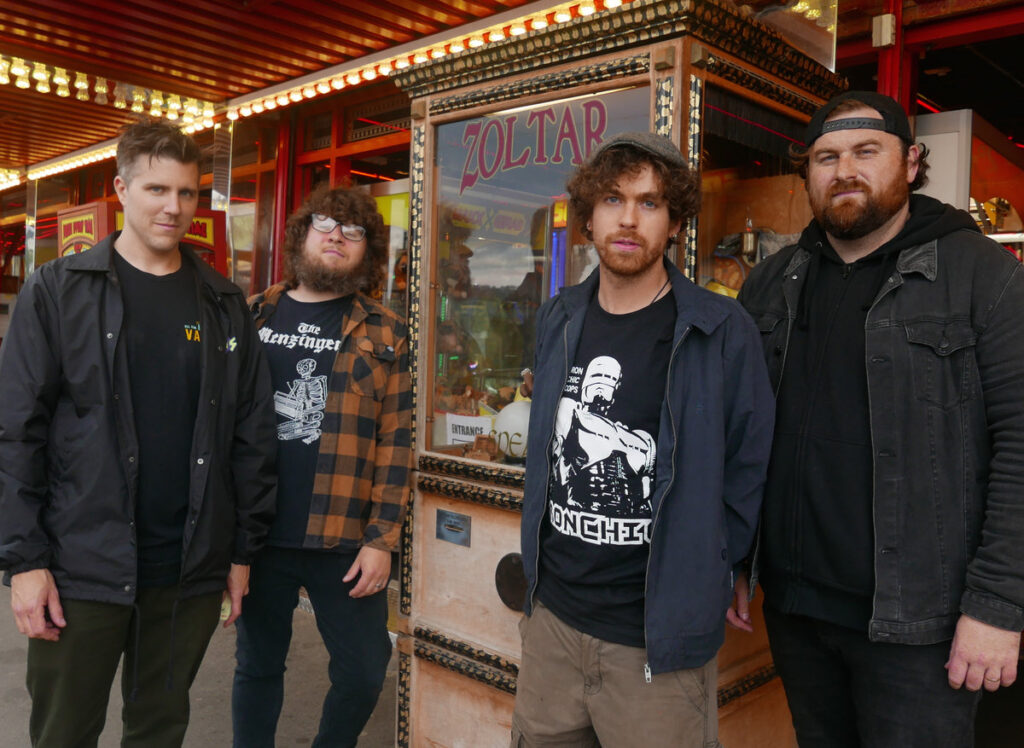 On the flip, we have Bear Away with Leaving This Behind. For the unfamiliar, have a previous EP out on Disillusioned Records / Engineer Records titled Never in the Same Place as well as a self-titled lathe cut 7in both of which are well worth a look. I really like what these guys are bringing to the table; there’s a strong Iron Chic / Adult Magic feel of melodic punk here. This is tempered by a strong hint of the sound Idlewild were kicking out on their first couple of records back in the late 90s.

Obviously, as this release is a lathe cut record, it’s more pricey than your regular slab of vinyl, but this is up for pre-order now from Brassneck records and Disillusioned Records respectively for £11, with an expected release date of 15th March. Sadly I’m not in a position to share the music with you at this point, but take it on trust that it’s garnered a solid Tony of Nurgle rating of 9/10 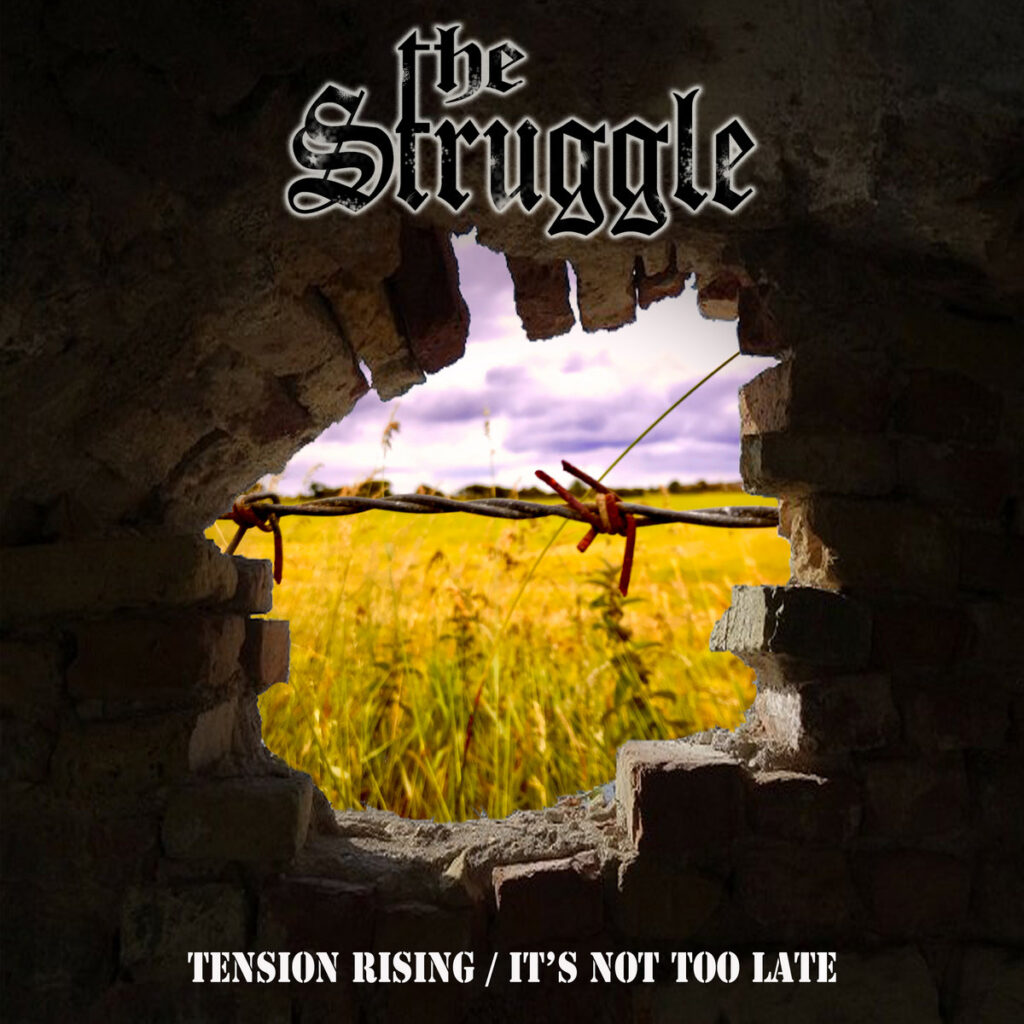 This 7” marks the final outing for The Struggle. The band formed as something of a North East supergroup, but with one thing and another it’s time for them to hang up their boots. All the proceeds from this record will be going to support BOOM in Leeds, which as you may know is a great punk rock venue that is in much need of support right now.

What does it sound like? you may be wondering. Well, if you are a fan of punk and Oi! it might just be for you. What you get is two solid slabs of the aforementioned. Tension Rising creeps in with a driving riff that builds up to a shout along chorus, whereas It’s Not Too Late casually saunters into a catchy blast of up-beat punk rock that borders on earworm territory. 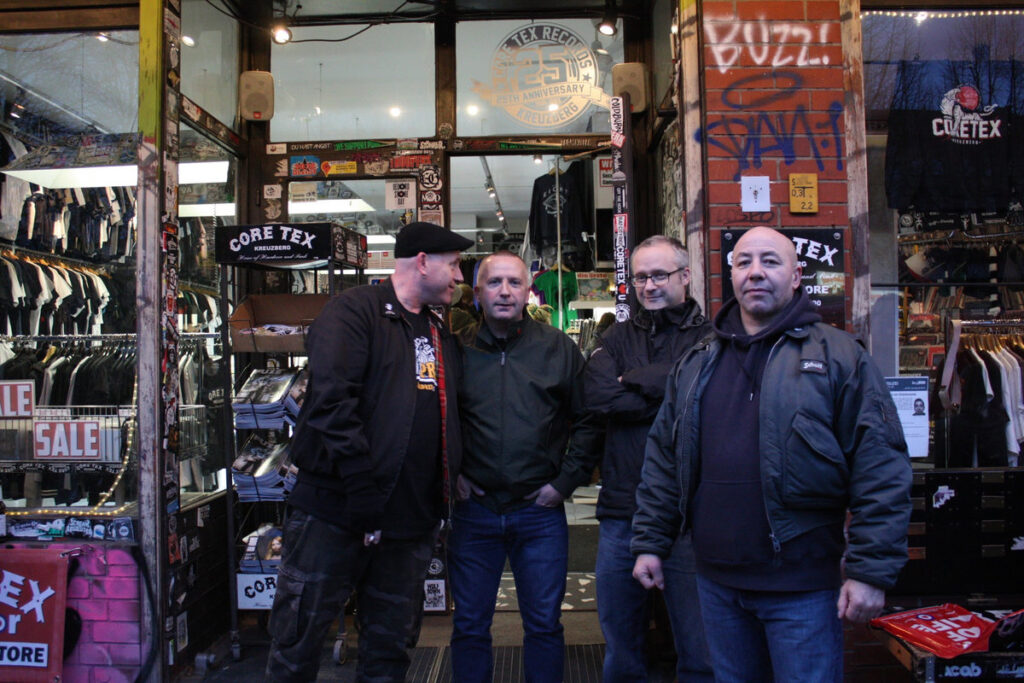 It’s a shame that this band was so short-lived and probably didn’t have time to fully hit their stride and full potential as I think we would have heard a lot more about them. But, what will be will be and I’m sure records like this will probably become future collectors’ pieces. For now though, this is a solid little 7” and it’s for a great cause, so if it’s your thing get your hand in your pocket. FFO – Crashed Out, Gimp Fist, Argy Bargy
Bundie: 8/10

You can help out Boom by hitting up this Crowd Funder and making a donation, or picking up some exclusive merch or music from their webstore. 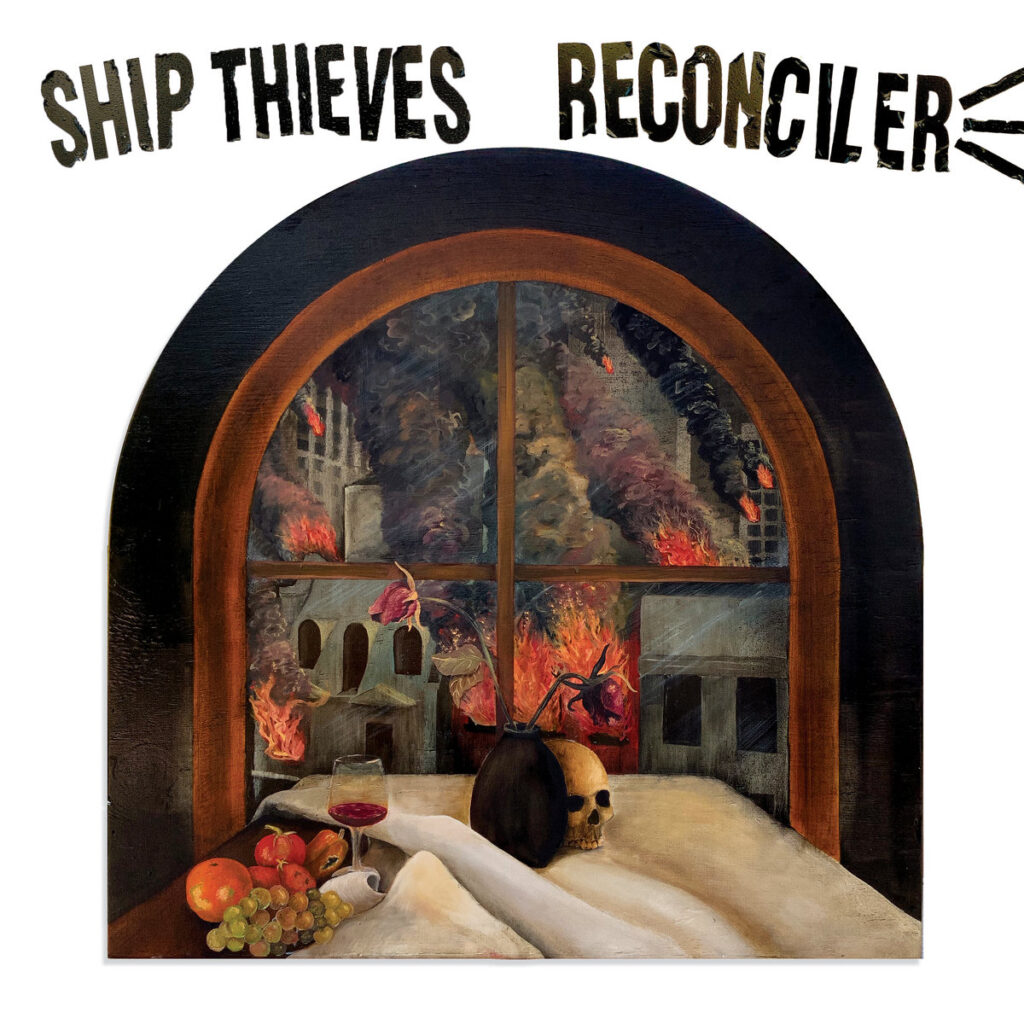 This was apparently something of a surprise release on the 15th of January, but I’m playing catch-up after having a bit of a break from writing. Anyways, Reconciler are a new one to me. Apparently they are made up of ex-members of Gunmoll and Less Than Jake and are based out of Atlanta, Georgia. They describe themselves as being “for fans of Americana, tuneful post HC, and British tube circuitry”. Certainly they have much more in common musically with the likes of Gunmoll and Small Brown Bike than they do with trumpet punk. And… I’m totally OK with that. There’s also an awesome hook in here that weirdly reminds me of The Explosion. Consider me sold. 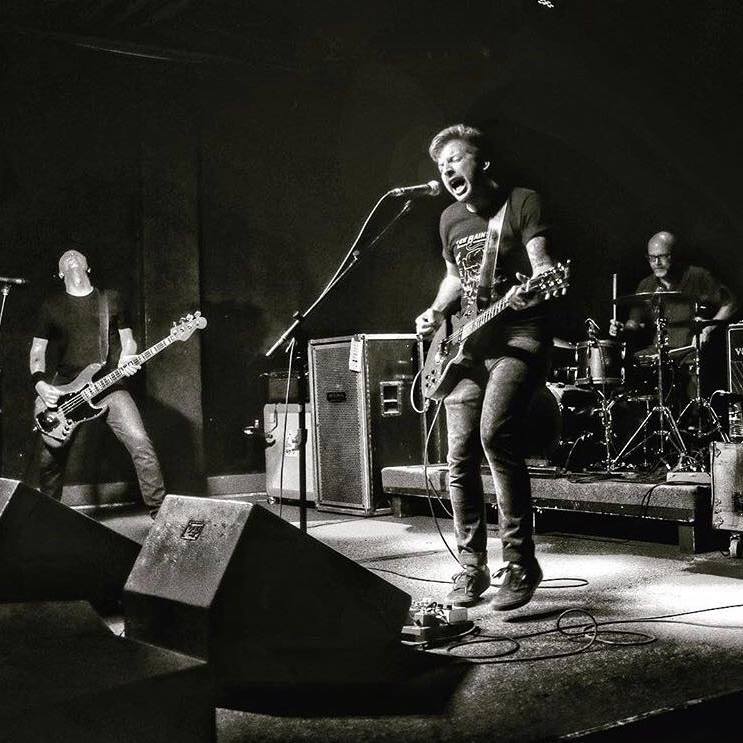 On the flip we have Ship Thieves, who I suspect people may be more familiar with, being Chris Wollard of Hot Water Music’s er, none Hot Water Music band? Based out of Gainsville, obviously. Despite having been a big fan of The Draft for a long time and Hot Water Music for even longer, I haven’t dedicated all that much time to The Ship Thieves. I can remember the first full length coming out and thinking it was OK, but hadn’t massively thought about them since for whatever reason. The track here, Nothing Now most certainly sits really well alongside The Draft. Seems like I have some back-listening to do. Oh well, silly me. Tony of Nurgle rating: 9/10 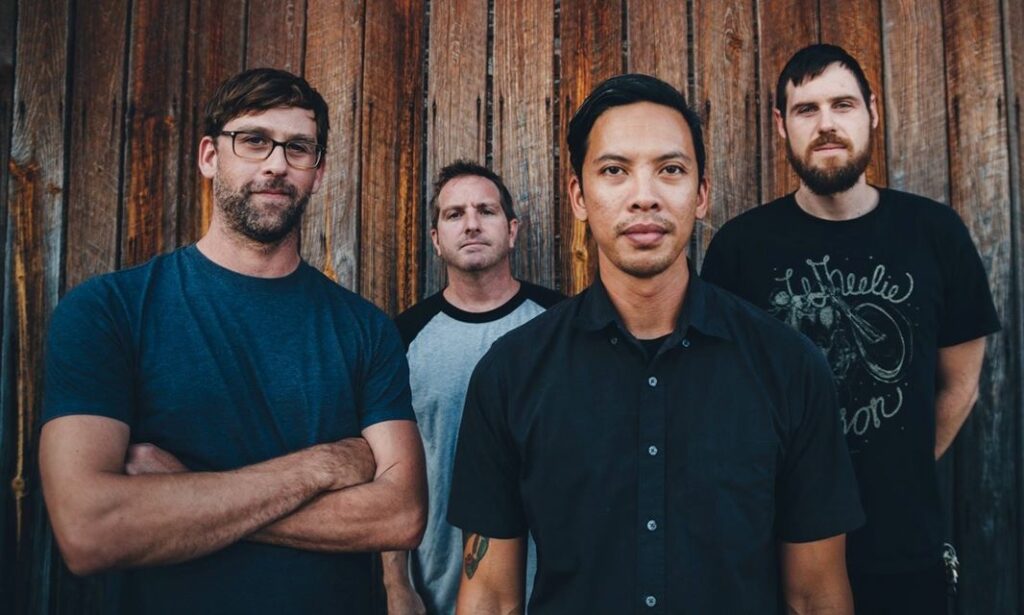 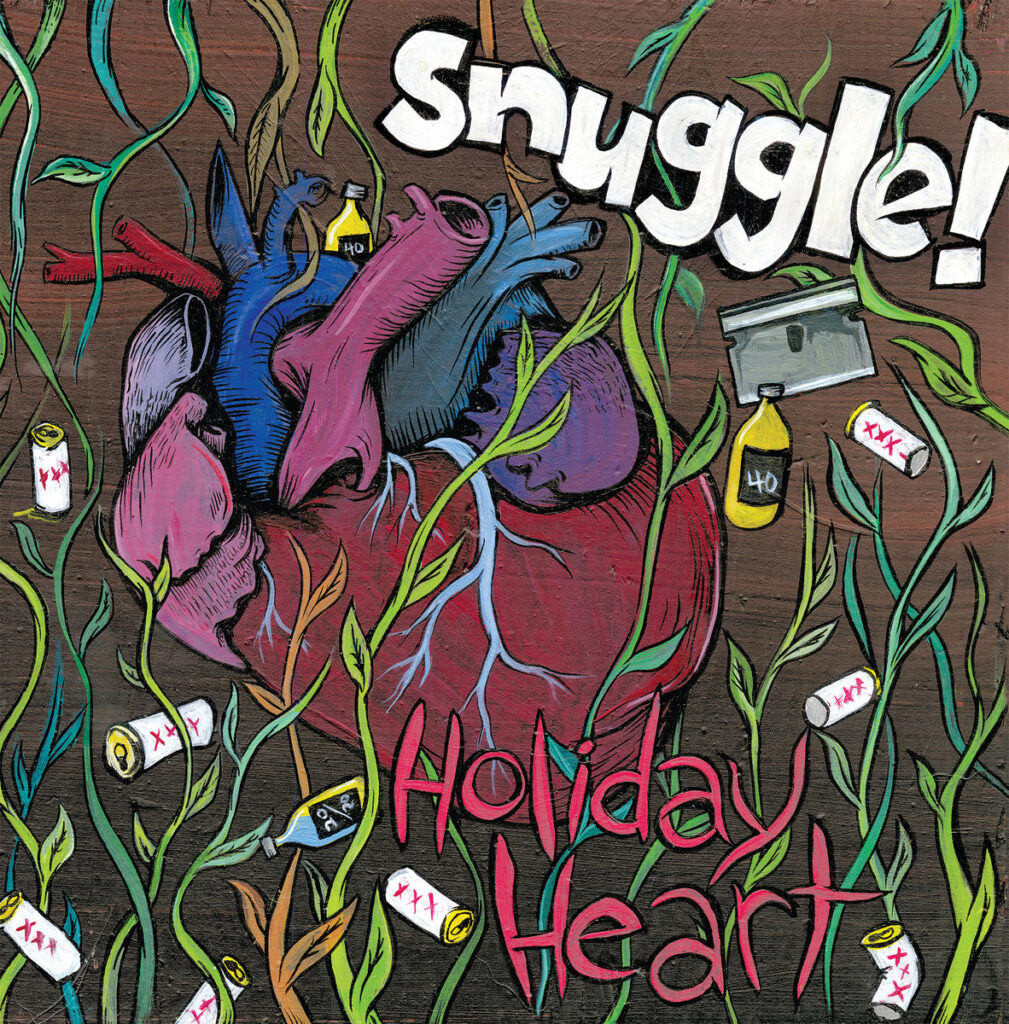 Snuggle! are from Seattle, Washington. They are apparently currently on hiatus, but it’s unclear to me if this is just a pandemic thing (technically every motherfucker out there is on hiatus in that case!!) or something else. Anyways, they appear to be a 4 piece and have a really cool name – primarily because they do not sound snuggly at all. Weirdly if you Google Snuggle band the top results are for a breastfeeding pillow.

The theme here is pretty chaotic in a broadly organised way, I suppose. Kinda crusty sounding pop punk? I suppose if you think along the lines of the Crimpshrine / Fifteen family tree, then that’s part of the sound. It also has a kind of Grabass Charlestons meets No Idea Records era Off With Their Heads. This has the exciting feeling of teetering on the brink of sloppiness that can only be achieved by semi-professional drinkers on a serious bender. I think the true majesty of this is something that could only be captured in a live environment, and I’d certainly turn out if they happened to be playing anywhere near Leeds. I do like this – it’s kinda cool, but I don’t think it’s gonna be a regular listen for me. Tony of Nurgle rating: 7.5/10

You can buy this from the Dead Broke Rekerds store

Chances are you’ve already caught Incisions smashing the shit out of the other bands on the bills they’ve been on. Remember when we had gigs (***insert blurry black and white memory sequence / “of course you did, grandma” meme here***)? For the unfamiliar… firstly you need to get acquainted, and this is as good a jumping on point as any, and secondly – well, just refer back to firstly.

Incisions are from Manchester, and play a furious blend of early 80s influenced hardcore punk and modern street punk influenced hardcore. They are right good at it, too. Right here, they are sounding harder and more furious than ever, and for me evoke something of a Negative Approach meets The Rival Mob kind of feel. Apparently, they couldn’t afford a video, so they’ve filmed themselves felating ice lollies for some weird reason. It’s kind of gross, and also shows a particularly poor understanding of the concept of social distancing in the midst of a pandemic where as a country we are topping the charts for death rate. However, this warrants another Tony of Nurgle rating of 9/10. Hopefully we’ll be seeing album #2, which I believe is titled as Bliss at some point soon lads? 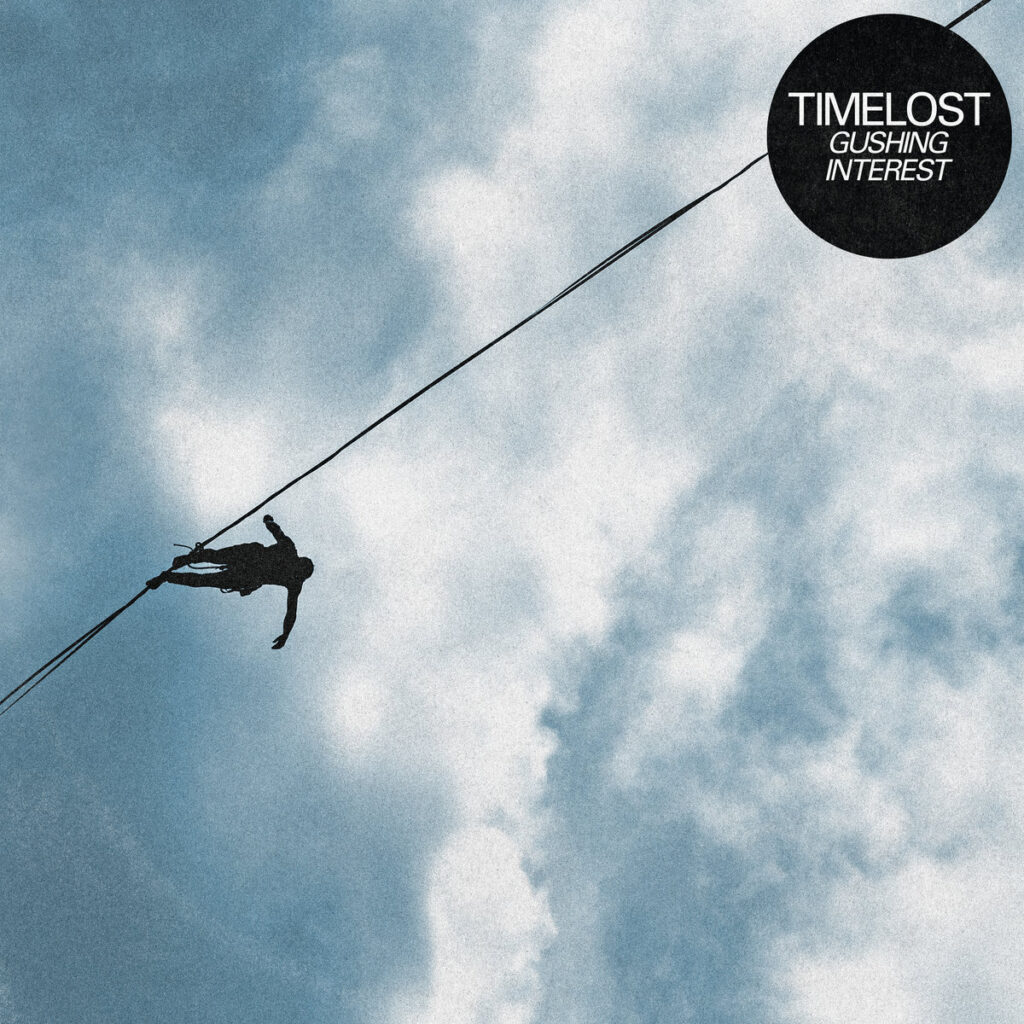 This lot describe themselves as “grungegaze”. Seemingly adding “gaze” as a suffix to a genre is the new version of prefixing “blackened” to it. Anyway, as I’m in an uncharacteristically good mood, I’m not going to let that kind of hipster bullshit put me off. The promotional blurb suggests that this would be suitable for fans of Smashing Pumpkins (not done owt that’s much cop since Siamese Dream), Sonic Youth (much of whose output I find to be egregiously self-indulgent) and Hum (who I’ve never heard of). Again, I’ll not let that put me off. As far as facts go, my admittedly extremely idle perusing of the internet tells me that they are from Philadelphia and there’s 4 of them. 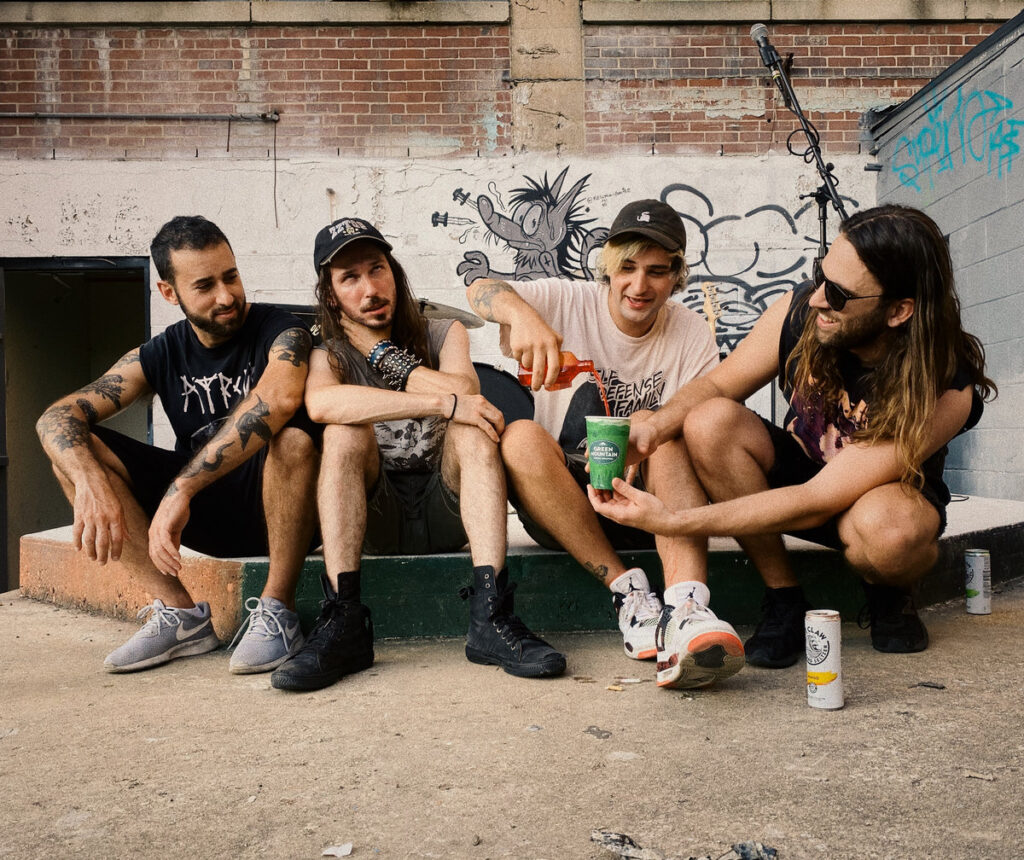 Anyway, I’m kind of glad I checked this out, as I’m kind of enjoying it. I suppose it recalls shades of the fuzzed out indie rock of classic Dinosaur Jr over-spilling into the languid dirge-scapes of Slowdive and My Bloody Valentine and the like. There’s also something about this that kind of put me in mind of a punk rock Death Cab For Cutie, for lack of a better description. Tony of Nurgle rating 8/10

Anyway, this is lifted from their forthcoming LP, Gushing Interest which is out on the 26th of February. I’m pretty interested in hearing more from these guys. You can check out Alone, Clean and Slow plus another track from the album below.

Chuck SJ – Sink Your Teeth In (Hell Hath No Fury) 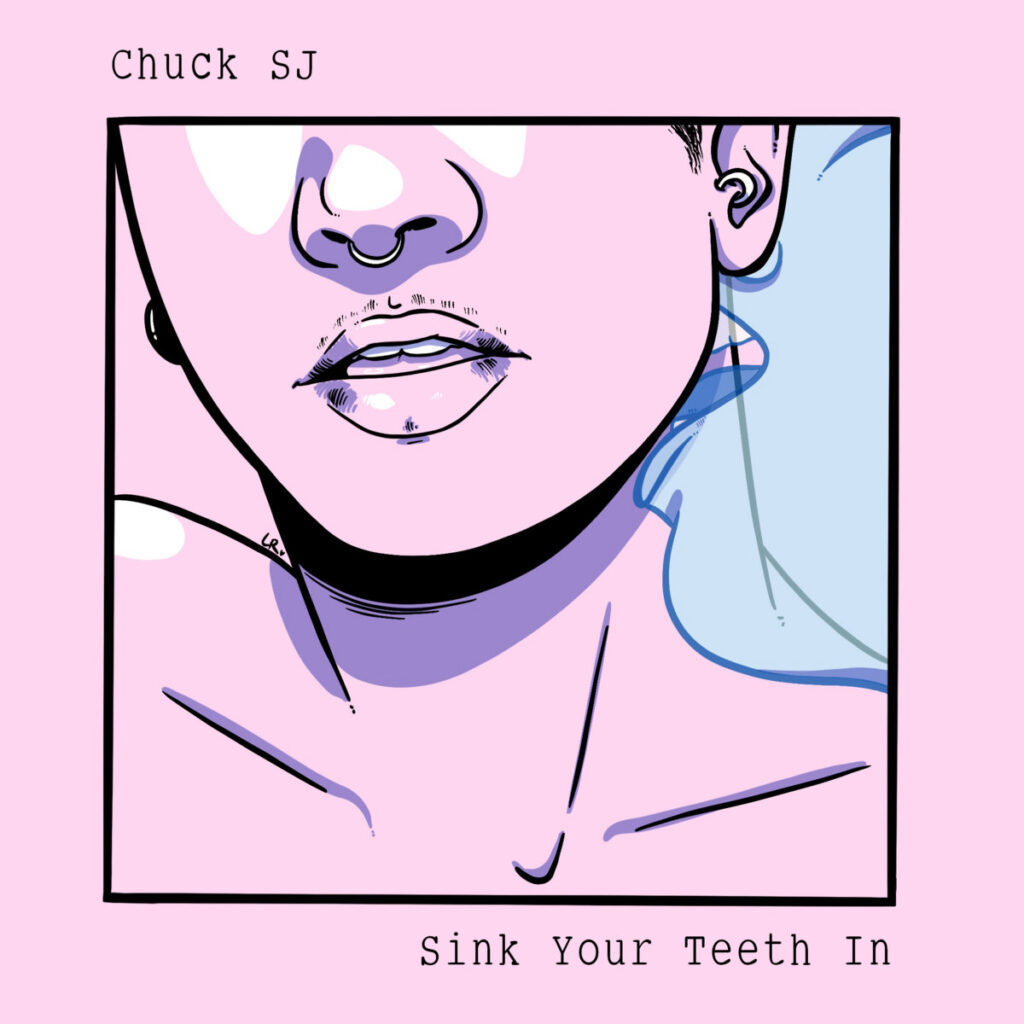 Chuck SJ is from Brighton and is a solo artist describing themself as queer DIY folk punk. This single is lifted from their forthcoming album Resist, Recharge, Revolt. 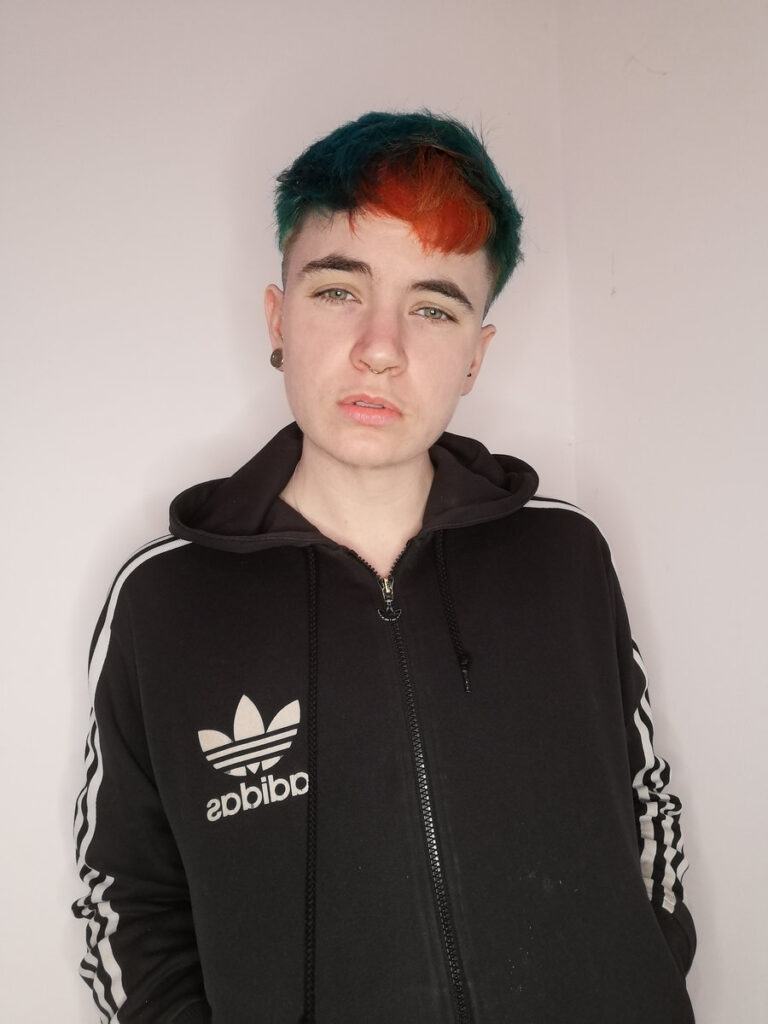 It’s a bit of an odd one, this. Very deconstructed, very experimental. Forgive me if I’m missing the point, but I feel like the message in sound here is around the cognitive dissonance around a fragmented sense of identity? Discordant, droning sounds and elcetronic distortions seem to battle with slowed down folkiness and create an effect that I would describe as somewhere in the region of Earth on a ketamin overdose playing Ministry tributes at 10% speed. It’s odd. I’m not sure if I like it, and it makes me feel strangely uncomfortable. Which I feel might be the aim here? Tony of Nurgle rating 6/10.