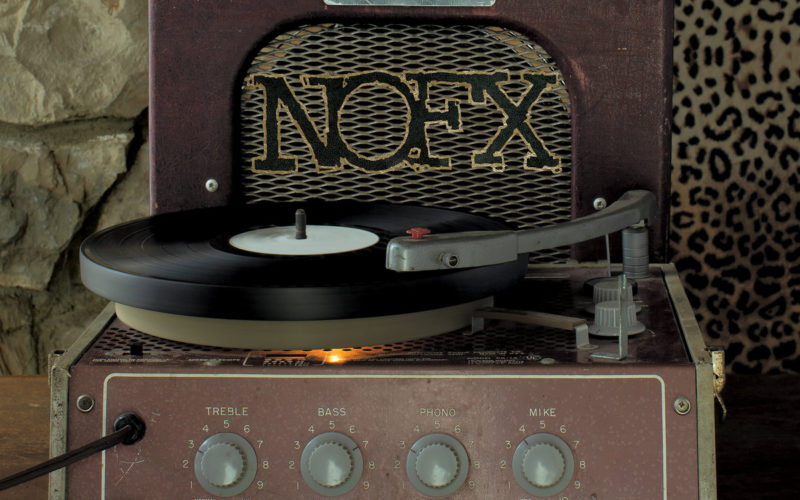 You already know all about NOFX, right? You’re reading a site that pretty much exclusively reviews punk rock, so you already know if you like NOFX or not. The last few years have been an odd one for the band. Most noticeably for me, we now know far more about the people in the band (specifically Fat Mike) than we ever did. ‘Back in’t’ day’ they were famously media-averse, however in recent times we have had Backstage Passport, we’ve had a tell all book and Mike has been prolific on Instagram sharing his life with the world of social media. Again you probably have your own opinion on all of the above, so on we go to the record. 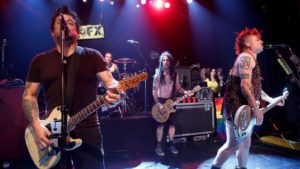 It’s impossible really to review this without noting Mike has cited this as being some of his most personal work and he covers everything from his sexuality to addictions on this record. It’s all pretty dark to be fair from the band that brought you such high-brow hits as Gonoherpasyphlaids. Being serious isn’t new ground for the band to be fair, they have been overtly political in the past, they’ve actually covered a fair few bases, but this is definitely the darkest. 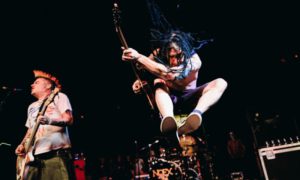 Is dark NOFX any good? It’s an odd concept that Mike acknowledges in one of the opening lines, saying he used to think spending your life wasted wasn’t a wasted life. The first track in fact is a pretty grim affair that clocks in at 5.48, it’s not The Decline, but they would usually be well into track three by this point. Track two is ‘I Love You More Than I Hate Me’ the video for which shows the band all committing suicide in different ways. Things speed up a little with ‘Birmingham’ which is a pretty stark overview of drug addiction and everything that that leads too, it’s a weird listen as until recently Mike could have represented drugs at the UN, it seems to be a pretty honest account of things, though. I’m lucky that it’s not something that’s ever affected me directly, but I have watched people graduate from life and soul of the party to the guy nobody wants to sit near; it can be pretty brutal and I wouldn’t wish it on anyone. 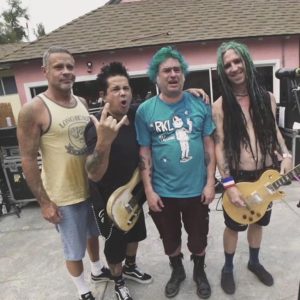 Things lighten up a bit with ‘Linewlium’ an ode to their biggest song ‘Linoleum’ which was the opener to what is probably referred to as their seminal album ‘Punk In Drublic’. It’s quite cool actually, the video is actually made up of loads of bands on YouTube covering the original.

There’s a quick pit stop into the world of cancer, and then a song dedicated to the late Steve Soto of Adolescents, which goes on to cover the state of punk rock in general. It’s actually one of the perkier moments on the record before we get back into the drugs and OD’ing stuff.
The album closes with a piano led song about a disastrous relationship, which then explodes into that always impressive NOFX fastness; not a clue how Eric Sandin does it to be fair, it’s always been beyond me – all on a single kick pedal too! 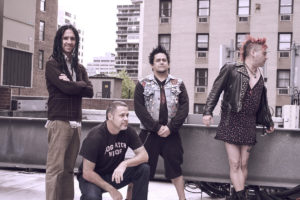 So, yeah, it’s pretty fucking depressing on the whole.

But is that bad? I’m torn, NOFX has been a constant in my life, I started listening to them when I was about 14, I’m now knocking on 40. The band has retained their unmistakable sound, but it’s a bit of a downer.

That said, the best music is honest and that appears to be what you have here, it’s personal and it’s viscerally raw in terms of subject matter, it could well be the exact thing that some people need to hear, but you probably wouldn’t stick it on at a party. 8/10

On a side note, I really hope Mike does OK with his recovery, I know it’s subject matter they’ve joked about for most of their career, but when that joke stops being funny it can be pretty devastating all round, absolutely do whatever makes you happy, but there are moments on this record that make me think of people that will never get to hear this record.