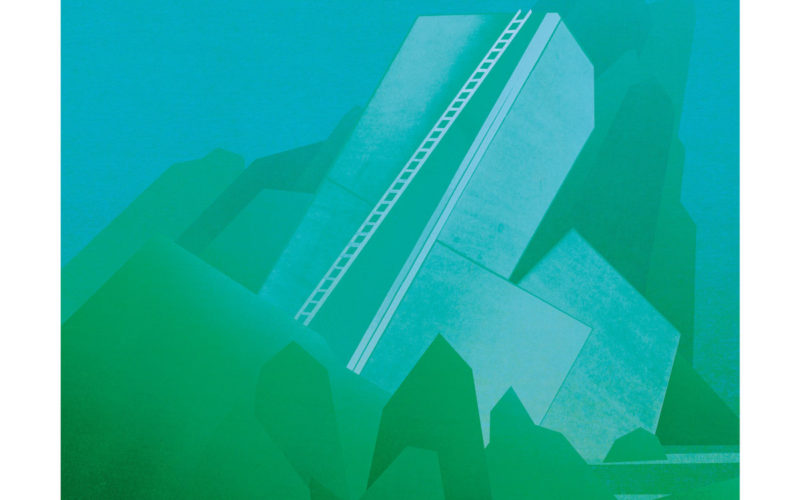 Back in the 00s, Genghis Tron were the darlings of the cybergrind world. They released two massive
records (including the amazing Board Up The House), toured like hell and even collaborated with Converge on Axe To Fall. Then, almost as quickly as they appeared, they went on hiatus.

That was 13 years ago, 13 bloody years! Well, they are back, with a refreshed line-up and their third album, Dream Weapon. Founding members Hamilton Jordan and Michael Sochynsky are back, though original vocalist Mookie Singerman decided not to return. They have been bolstered by drummer Nick Yacyshyn (of Sumac and Baptists) and new vocalist Tony Wolski (of The Armed) to create an album that dwells on how Earth has been burdened by humanity but with endure long after we have gone. 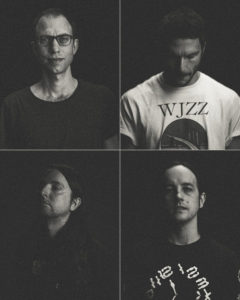 I’m going to say right off the bat that this is not the Genghis Tron you’ll all remember, though you can hear the tell-tale signs of this direction in parts of Board Up The House. Gone are the chaotic bursts of midi-like synth and buzzsaw guitars, replaced with more considered and warmer tones. The band has stripped out all of their grindcore elements and replaced them with prog rock and post metal influences. The record draws you in with the soft, swirling synth build up of opening instrumental “Exit Perfect Mind” before throwing some big proggy beats at you with the first real track (and second single) “Pyrocene”. The album’s title track, and first single, is a real highlight. It’s all galloping drums and big anthemic guitars, with an almost upbeat vibe to it (despite the lyrical content). It’s also only one of two tracks to have any harsh vocals in it, but they’re subtly woven into the background.

The second half of the album veers into post metal territory, with lots of quiet/loud/quiet/loud moments. The tracks utilise slow build ups before exploding into crescendos of squalling guitars and then sliding into softer synth-led closing halves. Hypnotic chanting circles around the second half of “Alone In The Heart Of Light”, while the 10 minute epic “Ritual Circle” features some of the album’s heaviest moments. It also features synth that starts off sounding like 80s New Wave before morphing into the Mass Effect games soundtrack. Closer “Great Mother” brings everything together with epic guitars, swirling synths and rolling drums, hitting a huge crescendo before ending the record on a soft, shimmering keys.

The decisions to shift to a live drummer and clean vocals, were both brave moves and ultimately ones that paid off massively. They’ve allowed the band to expand their sound and create something that borders on beautiful. While the previous records were the sound of Genghis Tron as pissed off men in their 20s, Dream Weapon is the band as middle-aged dads. They may have replaced youthful anger with weary cynicism, but that has played to their new found strengths. This is a beautiful album that will hopefully introduce the band to a broader range of listeners and the wider recognition they deserve.