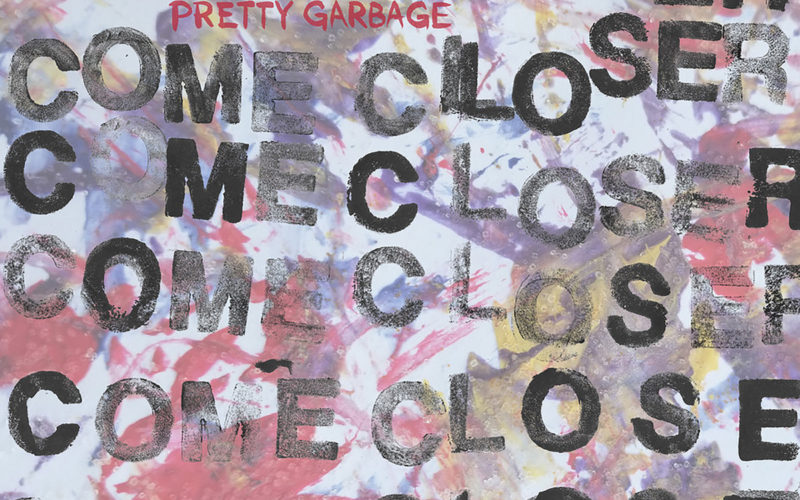 I suppose I’ll start this off with a spurious statement of sorts: this is I think the big surprise release of 2021. Well, in so far as I wasn’t expecting it. Fuck, I didn’t know anything about it, which I could almost be embarrassed about if my level of self-expectation ever rose above floor level…

Come Closer is the brain child of J Wang (Tiltwheel, Dan Padilla), and the album was put together at home, which I suppose probably qualifies this as some kind of “Covid project”. A phrase I didn’t really expect to have used nearly so much as I have over the last (almost) year and a half. Wang has enlisted some true cult heroes to help bring this project to life: Davey Quinn (Tiltwheel, Dan Padilla) and Chris Prescott (Pinback, No Knife, Rocket From The Crypt).

There’s a really interesting mix of styles here that I feel come together to bring something fairly unique to the table. With each listen I feel like there is something else jumping out at me that calls to mind yet another influence. Immediate thoughts always turn to the Doughboys and Husker Du. However, compartmentalising this as merely retro punk infused indie rock would be a fair diservice, even if it is kinda true.

There’s also stuff peppered throughout the opus that recalls the vibe that the Jesus and Mary Chain had going on when they did Darklands in the late 80s, not to mention a few nods to The Cure. Running through the whole thing is a really dynamic power-pop jangle-fest sensibility. The vocal melodies and interplays for some reason put me in mind of both The Professionals and the iconic harmonising of Bad Religion. OK, maybe I’m overselling that aspect a little bit, but at least think Evan Dando and Julianna Hatfield harmonising like they did on the It’s A Shame About Ray LP.

Suffice to say, I’m allover this, mate. This years hidden gem, I’d say (even though it’s ludicrously early days). I’d be saddened if this wasn’t making the end of year lists in / on any publications both physical and virtual that have any clout when it comes down to keeping it real. An unabashed Tony of Nurgle rating of 10/10

You can get this from Pirates Press Records or from anywhere that stocks decent shit on some crazy colour options or classic black vinyl.