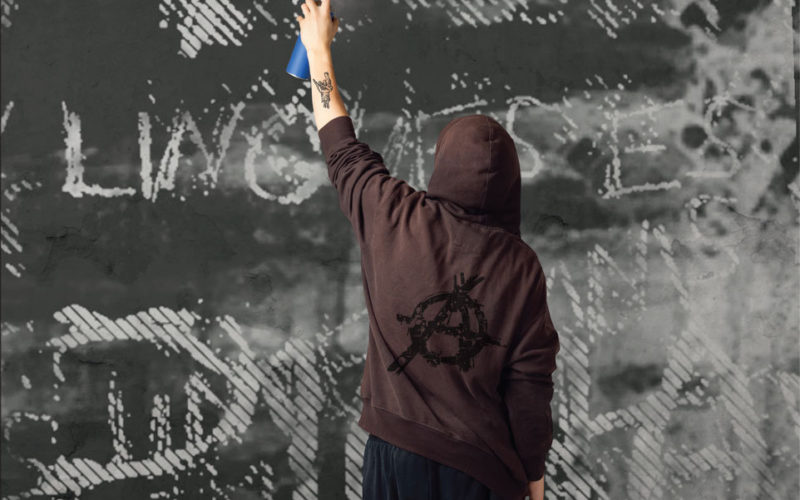 I’ve come to expect great things from Earth Island Books since their inception the other year, so let’s see how the latest work of fiction to be published on their imprint holds up next to works by such luminaries as Ian Glasper and Tim Cundle…

Bit of a bio first of all (which is bastardised from the writer profile on Smashwords): “An award-winning journalist and documentary film maker, Roy D Hacksaw has lived and worked in Bristol for more than 25 years. He has worked on publications as diverse as GamesMaster, Pro Cycling, Metal Hammer, We Love Darts, The Quietus, Total Film, Fast Car, fRoots, Imagine FX, Calcio Italia and a whole load more. He also provides Eurovision coverage for Heat and Popbitch, and writes obituaries for the Musicians’ Union.”

Apparently a writer of some renown, then. 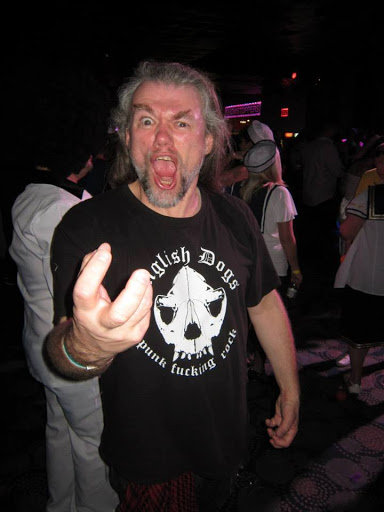 So, the book, Bugger Banksy, then. Apparently a comedic look at what might transpire when Banksy inflicts / gifts one of his daubings (should I say sprayings or stencilings instead?) upon the wall of an unsuspecting member of the public. In this instance, it would appear that the unwilling recipients of the “art” are a couple of 30 something chaps dwelling in a farm house in South Wales. And, of course shennanigans then ensue.

I’m not sure if Roy D Hacksaw is Welsh or not. The crux of it is, either he is and he’s taking the piss out of his fellow Welsh folk, or, and I hope this isn’t the case, he’s not Welsh, and is definitely taking the piss out of people from South Wales. Whichever it is, it has unfortunately resulted in me reading the book in an excruciatingly exagerrated slow-paced Welsh accent in my head. If it’s the first option, he’s not doing the population of Wales any favours. If it’s the second option, well, that’s just kind of a bit snide, innit? Either way it reinforces stereotypical tropes about inbred yokels and the dull-witted gathering in the fields after dark to have non-consensual congress with sheep. As a side note, I was recently witness to a discussion on Facebook about how nobody in South Wales actually uses the supposedly quaint colloquialisms that crop up with punishing regularity in the pages of this book, which only serves as adding another layer of opacity to the question I’m raising. It does seem like an overly lazy way of writing which serves to mainly make the characters come across as somewhat oafish, if I’m honest.

I suppose at this juncture, we’d better examine the characterisation of the two main protagonists of the book, Glyn and Kevin. What we’ve basically got are a couple of biscuit-munching, hapless stoners with a propensity for silly jokes and baked philosophisms. Hmmph.
If there is one thing that’s guaranteed to be the object of my scorn, it’s habitual stoners. I suppose it’s either meant to make them culturally relevant or easy to write. Probably both. I don’t like it. It seems again to be another quite lazy approach to writing characters.

There isn’t much plot. Glyn and Kevin stumble from one minor mishap to another. all the while saying things that seemingly nobody in Wales actually says, along with “bud” and “skunk” being mentioned at every possible opportunity. At least the book is short, and relatively easy to read. It passed a few moments for me, I suppose. I didn’t feel challenged or like I’d learned anything, however. If anything it’s made me dislike stoners more than I did before, and made me feel embarrassed on behalf of my friends of Welsh heritage.

The quotations from reviews on the jacket would lead you to believe that this is a laugh out loud roll around in the aisles chortle-fest. I’ve no idea who any of the featured quotees are, though. They could well be entirely invented individuals like Philomena Cunk and Barry Shitpeas off Charlie Brooker’s Screenwipe. I can tell you that I did not laugh out loud at all. I think I may have half-smiled at one point though. I can imagine this is the kind of fare that avid readers of Terry Pratchett might progress to once they reach their teen years. Perhaps this could be mistaken for an even lower brow version of Cheech and Chong…

Whoever did the proof-reading for this book probably needs to be taken out and shot; the effort they’ve put in to the task seems fairly minimal. Spelling and grammar mistakes are rife, and lots of the sentences seem badly jumbled or repeated words. As a lover of reading and the written word, I felt like I was wincing my way through this book rather than being able to relax with it. This is puerile and banal by turns, mate.

However, one man’s garbage is another individual’s classic of literature, so if you feel inclined to do so, pick up a copy from Earth Island Books. While you are there, check out some of the other books on offer.