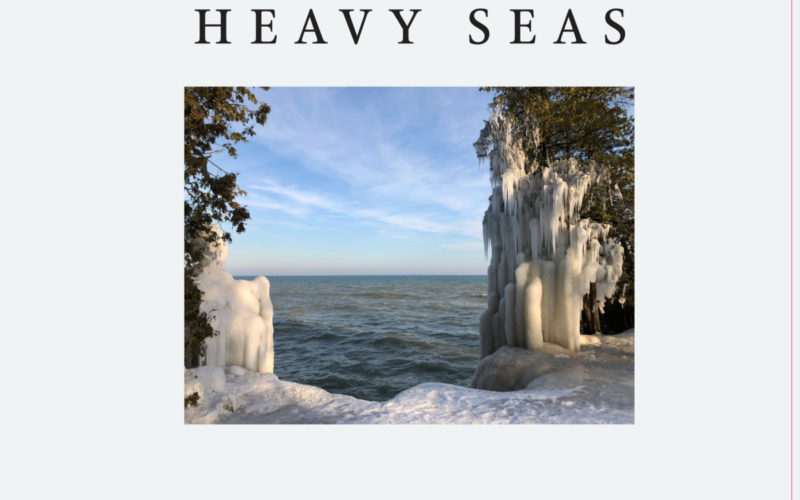 Do you know what’s great? When people you have a great deal of admiration for put a load of effort into writing, recording and releasing music. Especially when it turns out really bloody well. The ubiquitious guy of a million projects, Jeff Dean (The Bomb, All Eyes West, Airstream Futures and loads more) has recruited bandmates Katie Karpowicz (Airstream Futures) and Ronnie DiCola (All Eyes West and The Arrivals) to form a new power trio. Heavy Seas is Jeff’s first foray into the territory of being the “front person”.

If this isn’t enough to entice you, J Robbins (who played in Government Issue, Jawbox and Burning Airlines) recorded and co-produced this at his home studio. Principally because he liked it that much. The end result is what the dry and dull would doubtless refer to as a “great meeting of minds” or “a match made in heaven”. Anyways, you get the picture. Collectively they’ve made this sound the absolute tits, mate. 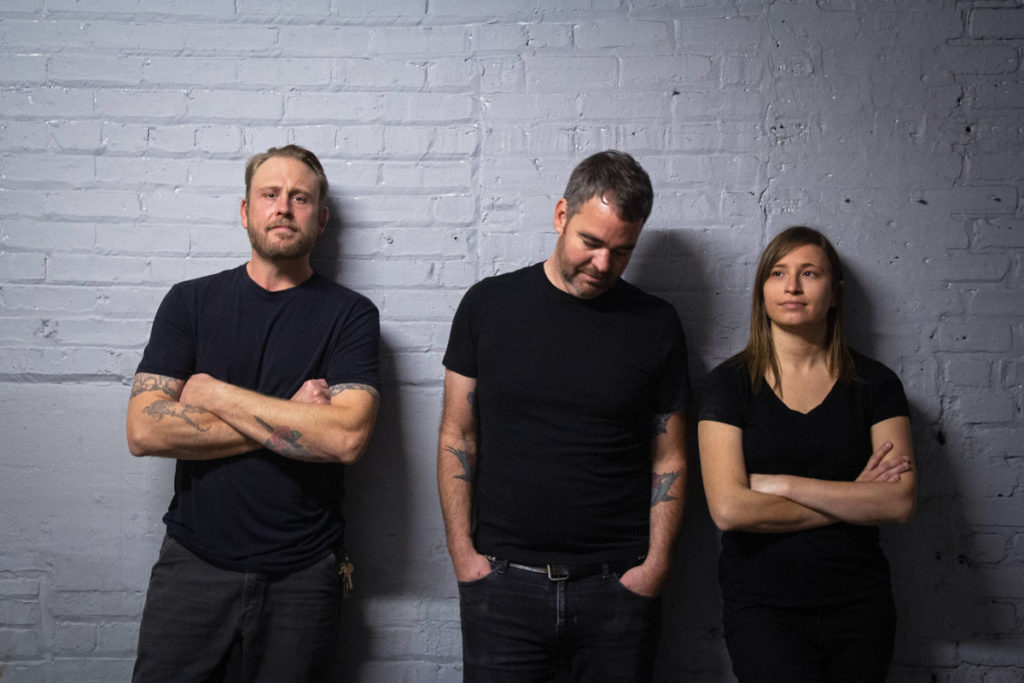 Jeff Dean’s signature wall of sound style guitar playing is felt to full effect, evoking a cascade of textured wallop that fully embraces a shameless worship of Bob Mould (Husker Du, Sugar). In places this can be heard spilling into more of a shimmering shoegaze kind of dirge ala My Bloody Valentine’s Kevin Shields and Creation Records era Slowdive.

The rhythm section adds weight, substance and structure that puts me in mind of the classic Hot Water Music combo of Jason Black and George Rebello. The way in which this is applied brings to the fore more of a trad emo sound possibly best likened to somewhere between your “Revolution Summer” type bands such as One Last Wish and Embrace (DC) and the likes of Christie Front Drive and perhaps End of a Year before they became Self Defense Family.

Suffice to say this is powerful stuff that I found to be emotionally charged, energizing and cathartic. Another pleasing example of a lockdown project surpassing my expectations. I’d expect to be seeing this in the end of year lists of respectable publications if there’s any justice. Tony of Nurgle rating: 9/10

At this point I should extend my gratitude to Graham Philliskirk at Little Rocket Records for kindly sending me both vinyl variants (solid white and white in clear pale blue), so if you live in the UK or the EU, you will need to go there to pick this up. America and rest of the world could have hooked this up from my dude Josh at Rad Girlfriend Records (he sold out of these already but go buy some other radical shit) or from Sell the Heart Records (where I do not know the dude or dudette in question).

Find out more on the Heavy Seas Facebook page