Fuck me. This is nuts. Off the chain, rabid dog nuts, mate. Like, wowee zowee. It’s great. Where the hell does Juice find these bands? Motherfucker is switched ON mate. Seemingly, Cereal Killers’ ranks are comprised of members of Wet Blankets, Orb (not that Orb, the stoner rock one), and Ausmuteants.

It has been said elsewhere that these guys play good old fashioned hardcore like what the likes of Circle Jerks and Flipper and Bl’ast used to make in days gone by. To me, that’s a spread of sounds rather than a bunch you’d immediately put together, but, fuck it man, it might just work as a description… maybe?

What can I tell ya? This is some seriously stripped back shit with that all essential lack of production values that readily indicates that this crew are legit. It’s full throttle old fashioned hardcore punk mate, with a bit of a speed metal edge. The speed metal bit I feel may be either be a bit of a piss-take of, or a thinly veiled homage to Metallica’s early career. Which I picked up on like IMMEDIATELY as I spent an unhealthy amount of time in the close of the 1980s and the early 90s listening to that band. For example the intro track This Is Cereal Mum is for sure lampooning Wherever I May Roam off the s/t “black” album (which I appreciate was the 5th one but it came out the thick end of 30 years ago innit). But as the album progresses, I found myself thinking “that’s that riff innit, mate” on more than a couple of occasions. I won’t spoil it for you. If you are up to the challenge go for your life and identify away. Motorbreath 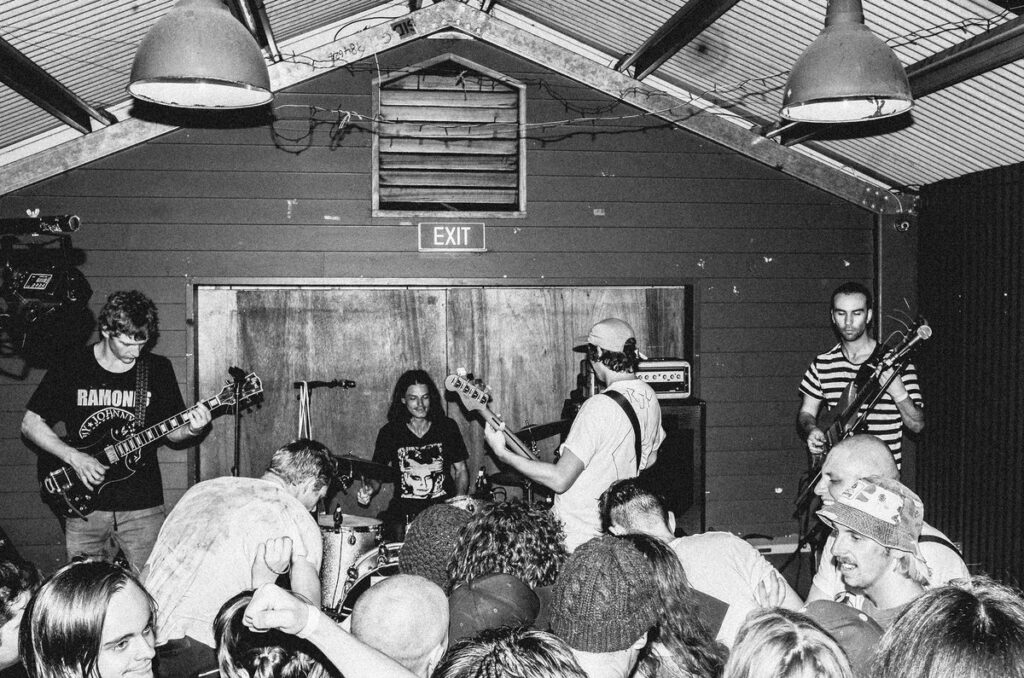 was also an easy spot

But aye, this you can readily describe as frantic, frenzied, frenetic or any of those kind of things. It’s kinda tough to tell whether this shit is genuinely pissed off or just an extremely well realised bit of fun. Either way, it’s the kick to the fucking spuds I’ve been happy to be on the receiving end of on repeated occasions recently. Sometimes all you need in your life is gleeful savagery delivered in a typically lo-fi manner; the kind of shit that pulls your sorry arse to the bottom of the sea in riptides of distortion, blown amp crackles and feedback squeals. Punk mate.

And as for the bizarre artwork… oddly captivating. In the way that only a melange of plucked chickens, Beavis and Butthead and the weird “sect” creature Ed Templeton created for his Toy Machine skateboard company can be. It’s er, disturbing…

So you’ll want to be finding out where to get this unexpected slice of joy, right? Head over to Drunken Sailor Records where you can get it on pink or black vinyl. I got it on pink, me.