I like Pardon Us, me. They are representative
of what in my mind, defines a proper UK punk rock band. They describe themselves quite well as a band playing “mild mannered/severely polite melodic punk rock from Liverpool”. If I’m not mistaken the band are made up of Morgan on guitar / vox (who was in Town Bike, Flamingo 50 and who drums in Down and Outs), Gabby from Town Bike on drums and Alex on bass / vox who was probably in some bands at some point but I can’t be arsed to look up…

Anyhoo, if I was to attempt to clumsily pigeonhole this lot genre-wise, I’d say they squat at the centre of a Venn diagram of gruff punk, street punk and pop punk. Only with that distinctive “British Feel” that you get when the vocals are presented in an unmasked local accent (e.g. The Dauntless Elite, The Great St Louis, Leatherface, the aforementioned Down and Outs, The Leif Ericson, Stay Clean Jolene and Spoilers etc). Obviously the vocal isn’t the only thing that gives this a “British Feel”. There’s something in the rhythm section and the song structure that you just don’t get elsewhere in the world. I dunno. I know what I mean, but it probably looks like I’m chatting utter shite. And I probably am. 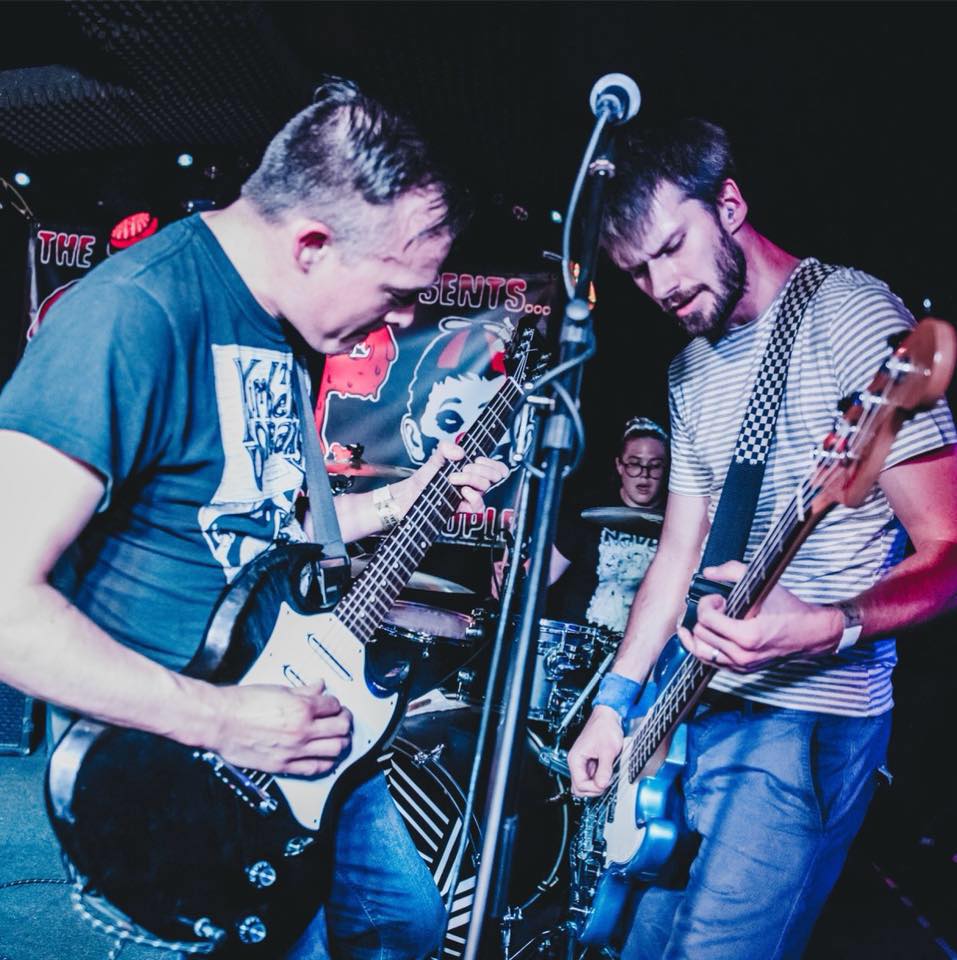 Anyway. It’s proper, this. And has songs on it about proper issues and that, you know that people ought to be bothered about and that. You know, being welcoming to refugees and not being a racist and that. I mean, any sort worth their salt isn’t a racist and accepts refugees / asylum seekers / immigrants of any kind for the positives that they collectively bring to the country. But, I guess if these songs cause just one dickhead to think again, then job done innit.

I suppose by way of conclusion, if you haven’t been checking this out already, get on that bandcamp player below and hit play. As I said, it’s proper, this. I feel it carries a real voltage, this. A veritable charge. Who doesn’t like hooky punk rock with singalongs, anyway!? A surefire contender for the old end of year top ten, this ‘un. Not least because they’ve got summat worthwhile to say. It’s a Phil Ochs kind of day, mate. Tony of Nurgle rating: 10/10.