Word up people. I’m dragging my sorry arse out of the grip of self pity and shame in order to tell you about yet another “super group”. Hesitation Wounds are the results of a collaboration between Jeremy Bolm (Touche Amore), Stephen LaCour (Trap Them), Neeraj Kane (The Hope Conspiracy), and Thomas Cantwell (Gouge Away, Axis). Chicanery is their second full length, and features the classic Kurt Ballou mix (Converge / God City Studios).

Described simply as “a hardcore punk band”, you could expect this to be practically anything on the spectrum, I guess particularly considering who is involved here. I’ll be honest and say I was expecting perhaps some overly arch seeming metallic hardcore or something based on the arty sleeve image. I was even half-convinced this might be some sort of weird post-metal influenced trip based off of the the intro cut, Viewing Pt. 2… 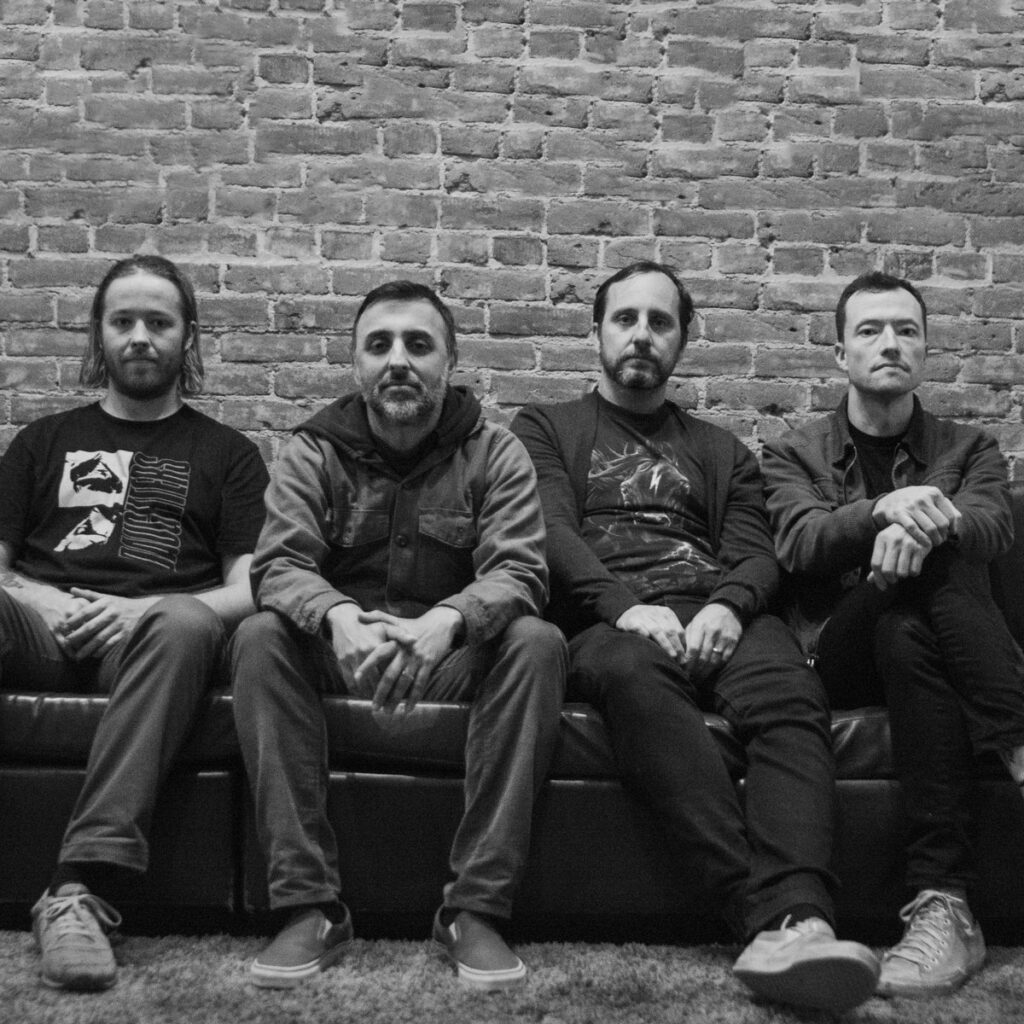 …and yet seconds later I found myself bludgeoned by a deluge of what I can only describe as savage, D-beat influenced hardcore. The drummer here is an absolute D-beat machine. But I suppose this is where the comparison to standard D-beat stops.

Vocally, this has leanings toward the more punky side of your typical pissed off East Coast hardcore vibe. Think Eric Ozenne from The Nerve Agents meets Lou Kohler (Sick Of It All) and you ‘ll get the idea. Rounding out the sound, I’m getting that dark, crusty, thick sound I’d associate with Integrity or Cursed for example, I guess heard through a filter of AFI before they went properly shit.

What more can I tell you? It’s pretty decent, this. Whilst nothing I’d probably spin on the regular, I can tell you that it suceeded in lifting me out of a slump of post-job rejection misery-wallowing yesterday, and encouraged me to get down the skatepark for a bowl-shred. The true afficionado of stuff of this ilk will doubtless get more out of this than I did, but even so it warrants a healthy Tony of Nurgle rating of 8/10.

You can get this from the Hesitation Wounds bandcamp page on a choice of either clear with black and white splatter, or plain black vinyl, or indeed digital download.