Apologies to Personality Cult and Dirt Nap Records. This is mega late. I totally lost track of this after being sent it in I wanna say… February? It’s been a weird old year… This old hoss fell through the cracks, which is a real shame, as the previous Personality Cult LP, which came out on Drunken Sailor Records a couple of years back is one of the finest of recent years, scoring top marks from yours truly. At the time I made some speculation about whether mainstay Ben Carr was responsible for all the instrumentation on that album. Seemingly Personality Cult have subsequently fleshed themselves out into a fully fledged 4-piece.

So here we are a couple of years later, and once again we’ve been treated to a selection of barbed, pogo-tastic power-pop-punk blasts of short, sharp joy. If you are anything like me, you’ll find absolutely nothing wrong with this blend of awesome. The madcap antics of Devo-fanciers such as Liquids and Coneheads sutured to the spiky one-two of premium Buzzcocks cuts. It’s all finished off with that captivating style of harmonies that The Professionals mastered on their I Didn’t See it Coming LP. I apologise if that is a somewhat simplistic description, but I’m not as complicated a human being as I would sometimes like people to believe. What ya gonna do? 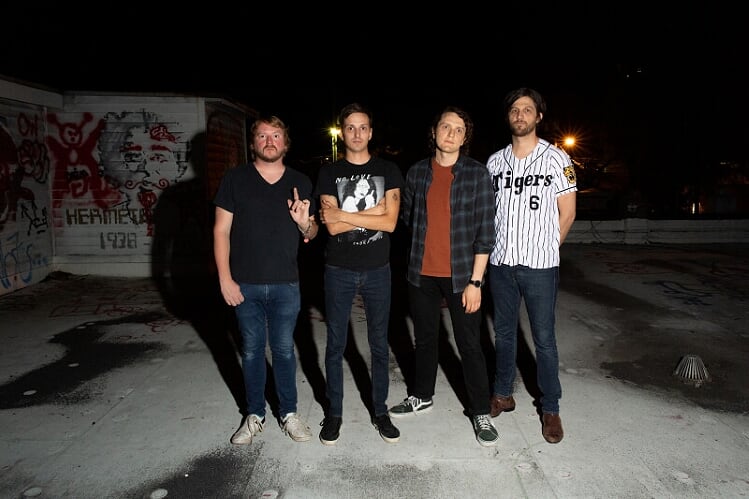 I feel like the only fault I can find with this (not that I habitually seek fault of course) is that it seems short at a mere 9 songs. It’s not up to me to tell anybody how many songs to write though, is it? I am of course left feeling hungry for more, like a starving man at a meagre feast. I’ll try and get over it though. Tony of Nurgle rating: 9/10