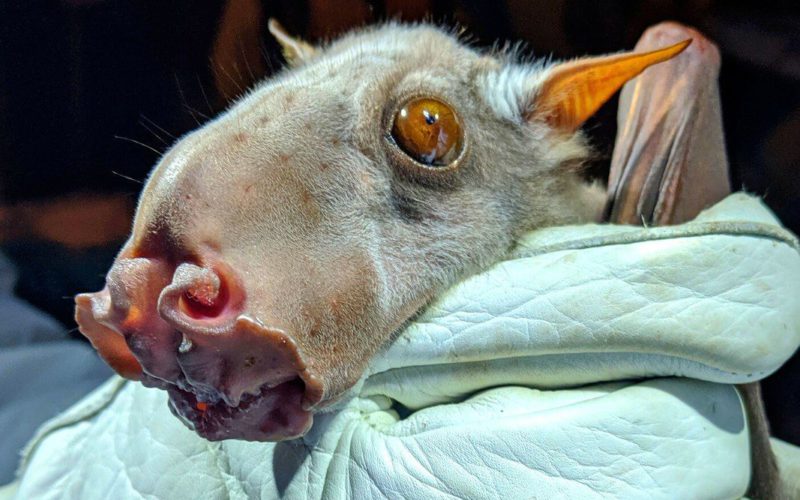 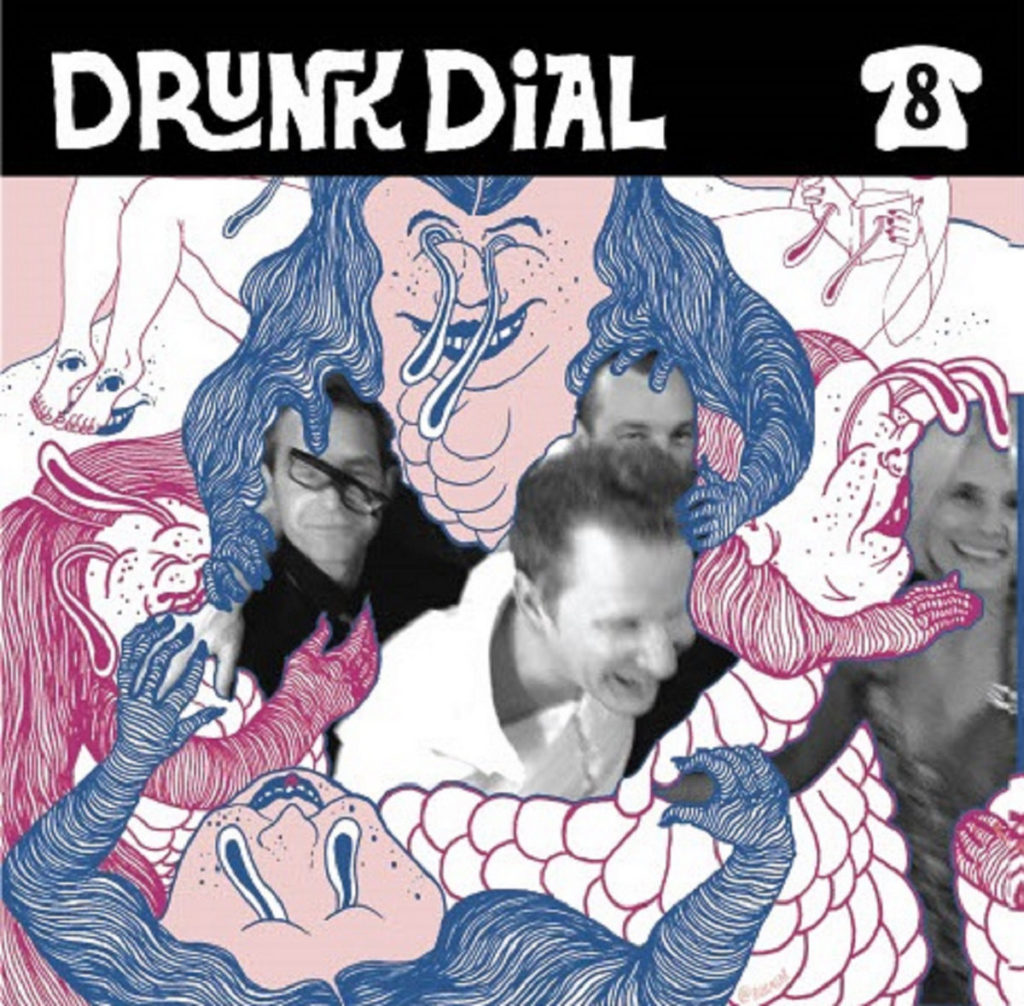 It’s always an exciting and / or interesting time whenever a new Drunk Dial Records 7in drops. Usually, we get an original cut, plus a cover on the flip. This time out we have an offering from The Dumpies, who treat us to 3 original songs on the A-side (all squeezed into less than 3 minutes). The vibe here is very much a high octane short sharp shock kinda power-pop affair. I’m immediately thinking of The Marked Men and Mean Jeans for reasons that will become immediately apparent when you hear it. These three songs also sound like they were recorded live in the same take. It’s great. 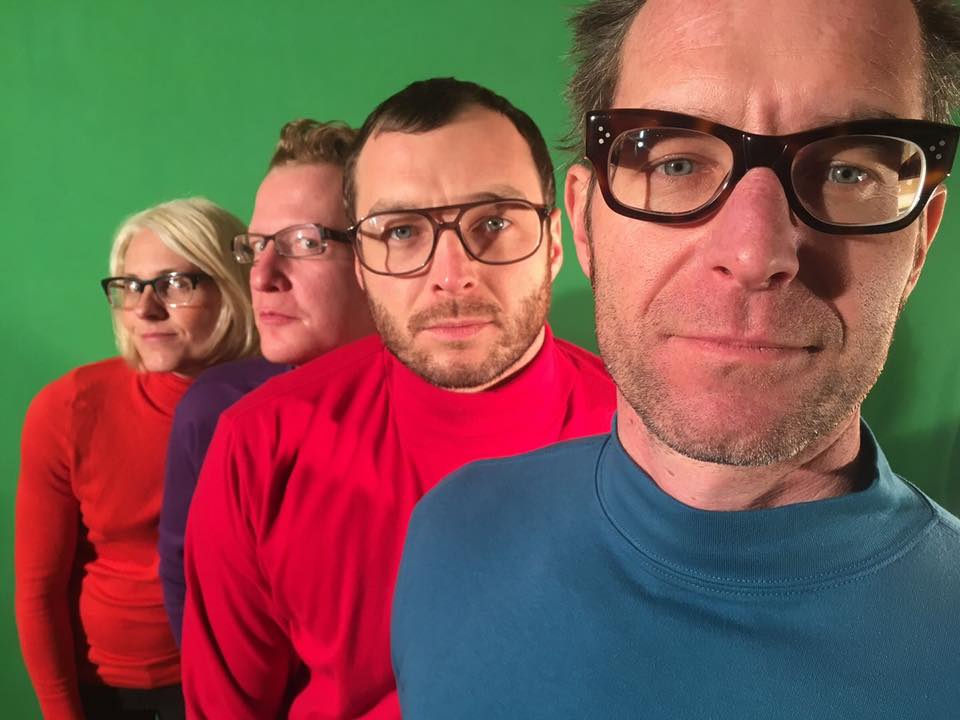 On the flip we have a cover of I Won’t Hurt You by The West Coast Pop Art Experimental Band. Nope. Never heard of them. Thankfully it’s not any kind of weird self-indulgent sprawling mess like the band name would have you believe. It sounds in fact kind of like The Moldy Peaches on somekind of serious tramadol downer kick. Tony of Nurgle rating 9/10

For context, I’m informed that The Dumpies wrote and recorded this “drunk on a handle of Espolòn Blanco, a handle of Bulleit rye, four Fort George IPAs, a case of White Claw, four PBRs, two bottles of red wine and a box of white.” They “smoked Camel Crush and American Spirit cigarettes, took 30mg of Adderall, a little bit of molly and some psilocybin tea.” 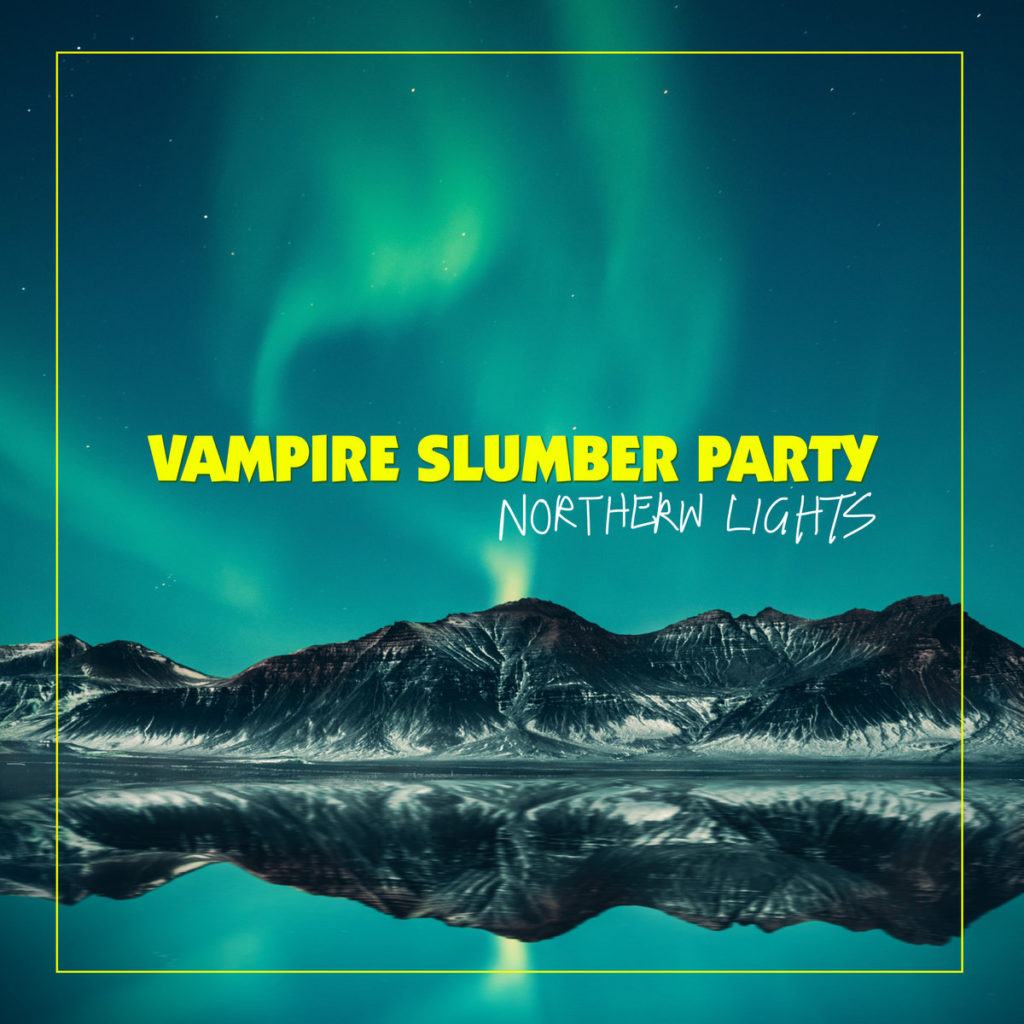 Vampire Slumber Party is the alter ego of Yusuf Laher, who is based in South London, and wrote and recorded all the parts himself. He has a history of playing in a number of bands in the London area over the years. To my knowledge, Vampire Slumber Party is his debut solo outing, though. Northern Lights is the second track to be released ahead of the forthcoming album Funeral Pop. Yusuf explains the background to the song: “Northern Lights is the second single from my new album, Funeral Pop. I wrote this song when I was working a crappy job for an awful, patronising boss. Weeks seemed to last about 10 days, weekends flew by in what felt like hours, and all I seemed to do was bite my tongue and dream about seeing the northern lights. I’m sure we’ve all been there.” 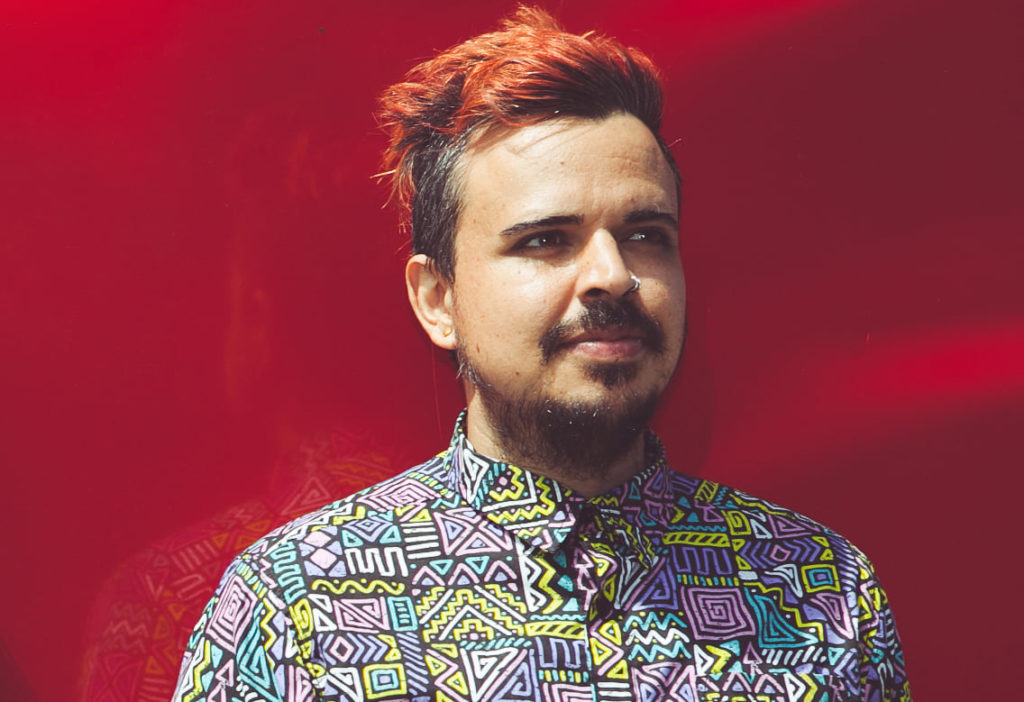 Certainly I can relate to crappy jobs and patronising bosses – I’ve had more than a few. I’ve failed to bite my tongue in the past, and can thoroughly recommend it as a cathartic exercise. Quite how I kept my job afterwards is a wonder… Thankfully my current boss is a decent person. Anyway, I’d say this song has a feel that I’d place somewhere between Jeff Rosenstock, classic Get Up Kids and maybe Alkaline Trio when thet started to get super poppy around the Crimson era. I was also specifically put in mind of that song Wendy Clear by Blink 182 sound-wise, even though it sounds fuck all like it, but there we go. Anyways, I find that I am keen to hear more, so hopefully Funeral Pop will be out soon…Tony of Nurgle rating 8/10 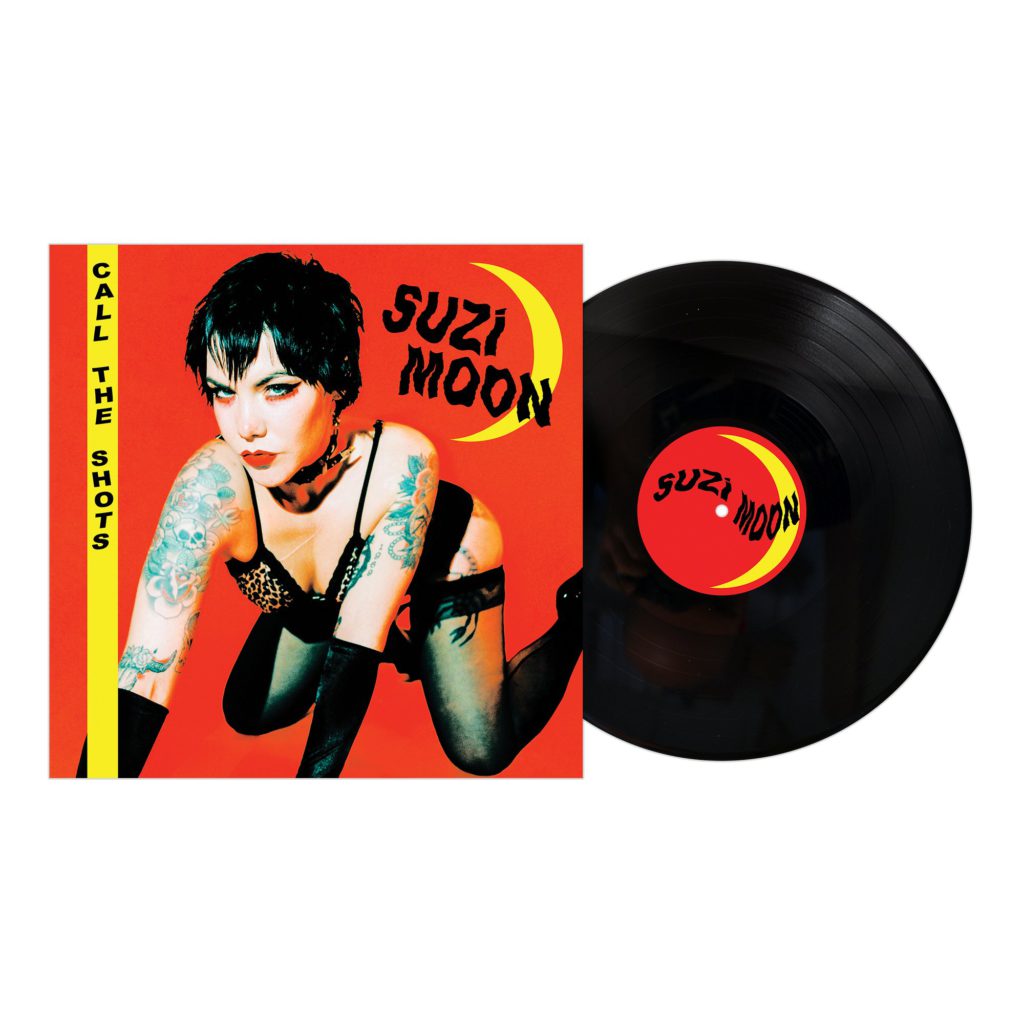 This three track EP from Suzy Moon is her debut solo effort, she’s been on the road from the age of 15 though with bands like Civet and Turbulent Hearts, so she’s already something of a seasoned veteran when it comes to punk rock.

It’s a really well packaged release as with everything Pirates Press do, it’s a 45rpm 12”, both sides play the same, which is always a bit disappointing, but quite a standard thing, I think I would have preferred if they did a one-sided press with a picture on the other side like their recent 45 Adapters 12”, but you can’t have everything right?

Another thing of note is that it’s produced by Mass Giorgini, who did a ton of the Lookout Records stuff and played in Squirtgun and popped up in various other bands too, I was always a Lookout fan and have recently started revisiting it all, so was cool to see.
That’s all the logistical stuff out of the way, the big question is; does it rock? The answer is, yeah, sort of. It’s got a Cramps-esque vibe to it, maybe a little Supersuckers, but ultimately it’s a very Californian Punk sound. It’s straight up and to the point and it’s pretty good. I don’t really have anything bad to say about it, but it doesn’t quite leap out either. Bundie: 7/10 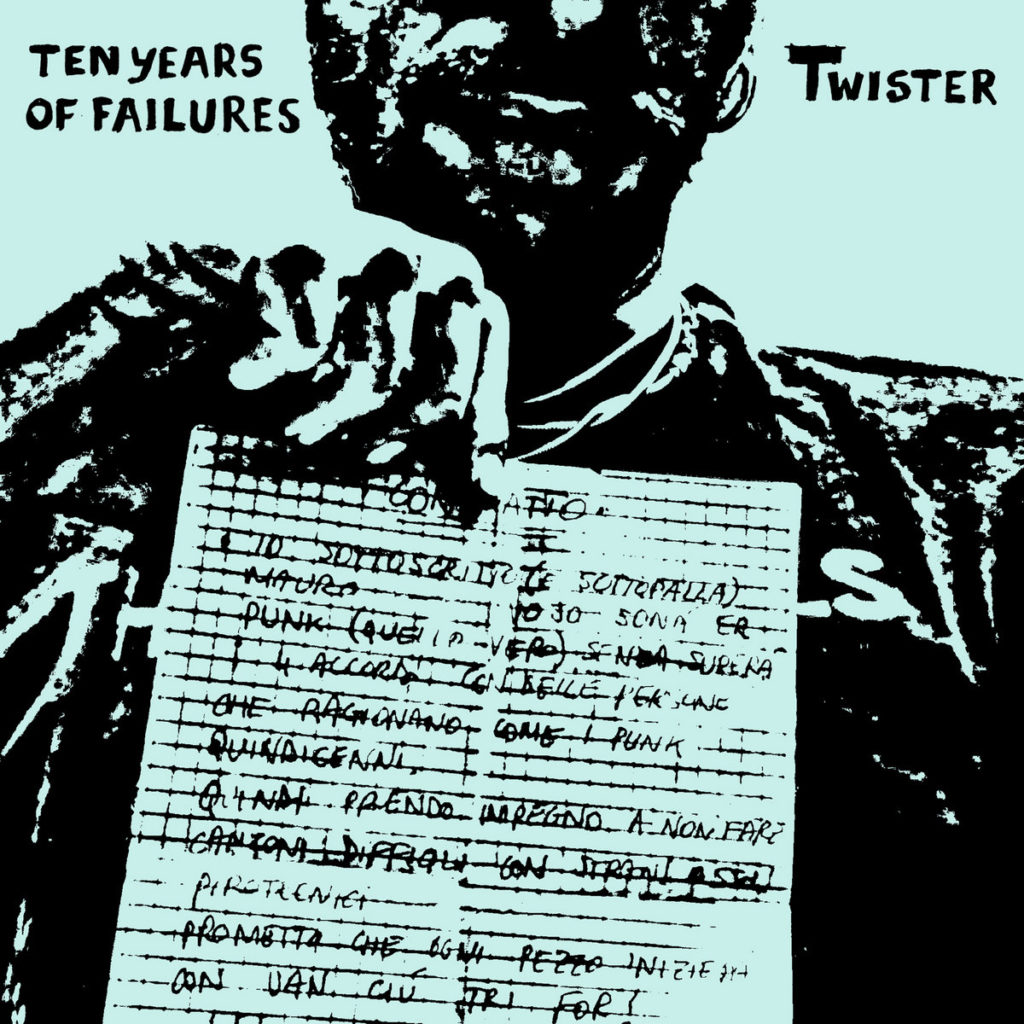 Twister are from Rome, and were formed back in 2010. The sound here (if this wasn’t obvious from the involvement of One Chord Wonder) is on that Ramonescore style pop-punk kind of tip. It’s the kind of sound that pretty much anyone can do, but it’s really hard to do well.
There’s been a whole bunch of bands coming out of mainland Europe over the last ten-odd years that have been doing this thing really well. I’m happy to say that this release holds up really well. 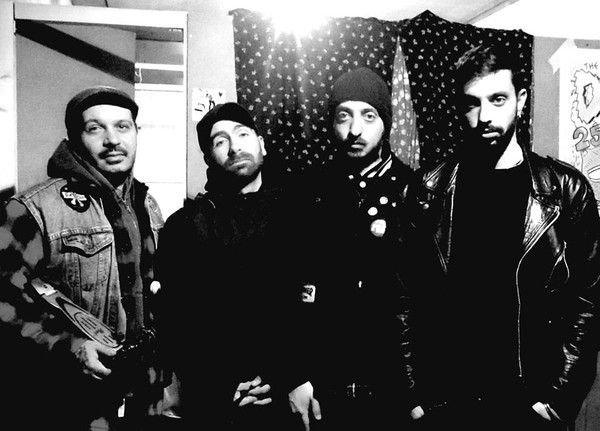 The two tracks presented here came about as some kind of celebration / tribute of the pre-Covid times when shit like gigs and parties happened. God, I miss gigs.

Anyways, if you are a fan of power stances, high-octane down-stroke riffage and keen vocal melodies ala The Manges, The Young Rochelles and so on, then you’ll be wanting to give this a look quick-smart. Tony of Nurgle rating 9/10