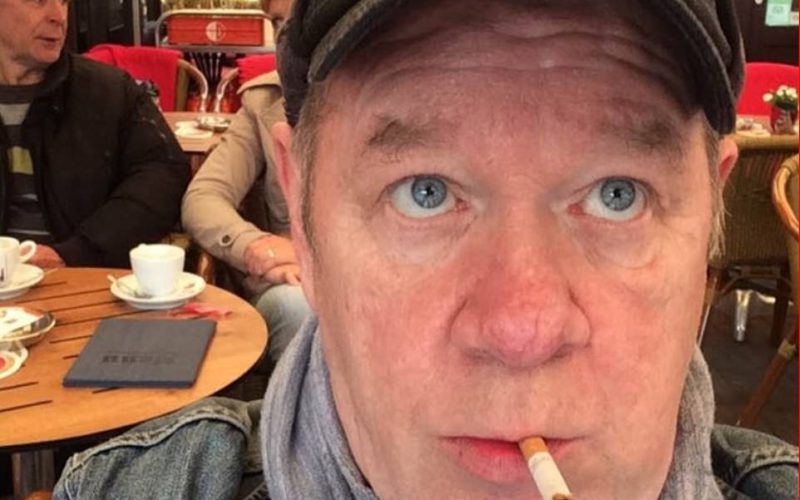 I just read about the passing of Steve Bronski of Bronski Beat. For those who don’t know, this was an 80s synth-pop act and to be honest, not my cup of tea. I hate falsetto singing more than I hate flutes in songs – they can work, but 99.5% of the time I hate it. So yes, I remember the song Smalltown Boy being big (no. 3 in the UK), but at the time I couldn’t have cared less.

But reading the article I noticed the album title, Age of Consent, and putting things together, watched the video for Smalltown Boy. It was very much what I expected – a song about the persecution and violence towards the gay community.

I grew up under the oppression of Section 28. This law effectively made talking about being LGBTI+ illegal (maybe not technically, but it sure had that effect, banning what was held to be ‘propaganda’; i.e. anything that might qualify as “education” normalising the fact that we exist) thus leaving loads of queer kids like myself, growing up with 4 TV channels, no internet and no idea about who we were. That lack of representation had such a huge impact; I thought I was broken and I spent most of my life hiding who I am in shame, in fear of being found out and beaten.

The influence of Section 28 is still felt today – I realise that my baseline for what was “acceptable treatment” of those such as myself was way off. If you watched It’s a Sin, you see how families treated their queer members, and for all the death, it was the callous refusal to accept a gay son at the end that broke me. Luckily, I myself had an accepting family and friends, and I got through… but I always wonder, what if I had been allowed to know that transgender people existed when I was at school.

These days I go into schools talking about science. I run youth groups. I review board games and paint miniatures on YouTube. I try to be visible not as someone talking about being trans, rather as a scientist/nerd who happens to be trans. Rolling out queer people to talk about being queer during Pride month isn’t representation – but to have people show their skills who happen to be queer is. Of course, we still need people to wave the Rainbow Progress flag and I do many talks on LGBTI+ inclusion too – I don’t want to do myself out of a job. Sadly, people’s lives and who they are is still heavily politicised in the UK. But what I really want is to be seen for my knowledge and passion, not just who I am in terms of identity.

When I give talks, I often talk about Section 28, the impact it had, and continues to have on me. I talk about that lack of role models, that lack of visibility. There was this idea – and we still hear it now – especially around trans and non-binary people, that having such role models will in some way “convert” young people. It won’t; we already exist. Just as gay and bi people still exist in countries where it is not only illegal, but punishable by death to be gay or other iterations of non-heterosexuality.

Representation does not make more queer people, it allows more queer people to be out, open, be themselves: be happy. Queer people, including trans and non-binary people can be found around the globe and throughout history if you look for them. We have almost been written out of books and modern culture but now we are discovering our history and our place in it.

Representation is so important and when TV, newspapers, magazines, our schools and government are letting us down, music has been there – waving the flag. When it comes to punk and alt-rock, it tends to be pretty obvious, but I’d never thought about pop music fighting the fight too. I didn’t know this, but Bronski Beat put it front and centre. Their No. 3 hit was about a young gay lad having to leave a small town after a beating. If there is any doubt in your mind, watch the video. I was too naive to catch the meaning of the song in the 80s, but there it was in plain sight.

In recent years I have heard more about bands like Frankie Goes to Hollywood fighting for LGBTI rights but my lack of interest in synth pop meant I never dived in. Turns out, music was leading the way in representing queer people: a vital and important step in fighting bigotry. It gave queer activists what was often their only public avenue to raise awareness, even if I did not know that at the time. I am lucky to know some of those who were on the front lines in the 80s, putting their bodies on the line to overturn Section 28. I had a rough time and took plenty of beatings because people thought I might be queer – people like Steve Bronski were very open and left no room for doubt. I cannot imagine the bravery that took, the exclusion, snubs and physical abuse they received. I know activists from that time who still hold that trauma.

It is telling that most of the people fighting trans and non-binary rights are people who grew up under Section 28. The legacy of Section 28 still looms large and we cannot pretend that there is not a push for a similar law today for trans and non-binary visibility. Around Europe we are seeing countries implementing laws similar (and harsher) to Section 28 for LGBTI+ people and I know the impact of these will still be felt 40 years from now.

It’s sad when I read of those activists from the 80s who do not see the irony in their mirrored views to the very persecution they fought when it comes to trans and non-binary people. I have no idea of the views of Steve Bronski towards my community when he died. We face a point, in the UK, where we are doomed to repeat our mistakes and trap ourselves in a repeating cycle. I for one continue to fight and ensure that does not happen and I do think that the British public as a whole are on our side.

However, I would not be doing this now were it not for brave people like Steve Bronski. The music may be synth-pop, but the spirit and message was punk through and through.

An excerpt from Penny Black Music shows that Steve was still raising awareness:

“SB: Yes, we should be living in an age of reason. The Trans community should not live in fear, and gay kids should not be bullied. We have come a long way, but there is still a long way to go.
PB: Protest songs often by their nature become historical pieces, but in light of that songs such as ‘Smalltown Boy’ and ‘Why?’ seem timeless and as relevant today as they were back in the 80s. Would you agree?
SB: The strange thing was, when we re-recorded those songs we came to realise they are still as relevant today as they were in 1984. I guess a good protest song never goes out of fashion.”

So, thank you Steve. Thank you so much for all you did. RIP.