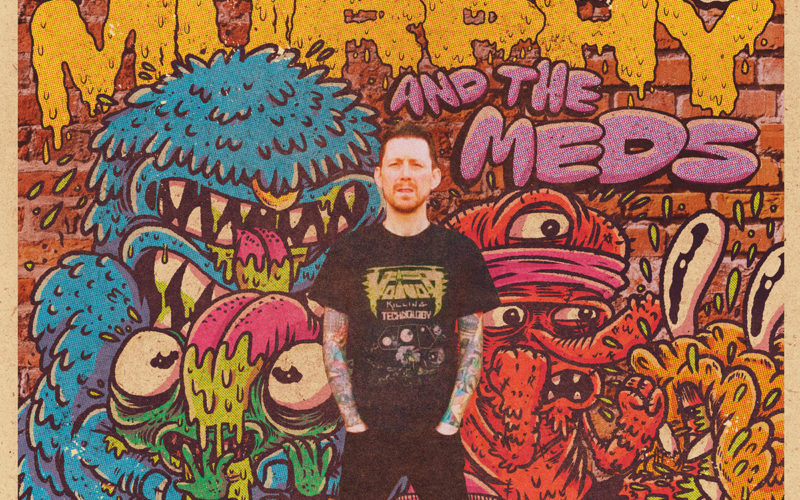 January 2023 sees the welcome return of everyone’s favourite chirpy Scouser, Mark Murphy. You may know him from everyone’s favourite chirpy Scouse skate punk ensemble, Crocodile God. You could be forgiven if Crocodile God haven’t pierced the veil of thine cerebellum, though you should seek to correct this ASAP as they are a largely undiscovered gem, innit.

This is the second full length recorded under the Mark Murphy & The Meds moniker. Last time out, on On The Brink, Mark did everything himself in terms of music and vocals. Similarly here, he’s put in the hard yards by playing and recording pretty much everything himself, asides from a bit of guest vocals from Ravo (of Crocodile God) and Will Atkinson (of Warrington gruff punks, Hummer, who though now defunct are well worth a slice of your time). Production and mixing comes from the capable hands of Ant Booth. 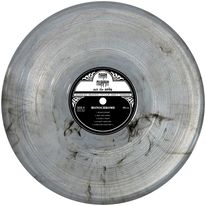 The sound here seems to evoke some bespoke hybrid of high octane power-pop, skate punk, Ramonescore, the Beach Boys, and I dunno, Motorhead or something. It doesn’t matter, though, as whatever it is, it sounds fucking boss. I’d say that on balance, Monochrome doesn’t have quite the same level of immediate pay off as On The Brink did, but I’ve had this on repeat several times. Each time I run through it, I’m finding something new to buzz off, whether it’s a vocal harmony or a little drum flurry.

This opus is packed to the brim with massive hooks and sees Mark traversing territory as diverse as classic No Use for a Name, proper old Green Day, the Screeching Weaselisms of The Vapids, the sugary indie rock of peak period Lemonheads. It’s all driven along by a powerful, rapid fire backbeat which manages to encapsulate everything that was great about the cream of the 90s Fat Wreck bands. Special shout out to the J Mascis style lead licks that consistently and heavily pepper the whole album like a plague of acne on an especially greasy teenager’s face.

This record weirdly wants me to stuff my face with pizza and drink beer. There is a live line-up of Mark Murphy & the Meds, although last time they played within reasonable driving distance, I couldn’t go check them out. I was reliably informed that they were “like bottled lightning”. If they are anything approaching as tight as Mark sounds on these records of his, then there’s no way you won’t be having a good time. Tony of Nurgle rating: 9/10

At the moment, I’m only able to share 8th song off the album, Indiana Jones and You, which I think serves as a pretty decent showcase of what you can expect:

You can pre-order this on smokey clear vinyl (Monochrome, geddit?) from Brassneck Records, Kezzy P and Cat’s Claw Records (UK), Bloated Kat (US), Waterslide Records (Japan). Vinyl is limited to 250 copies only.